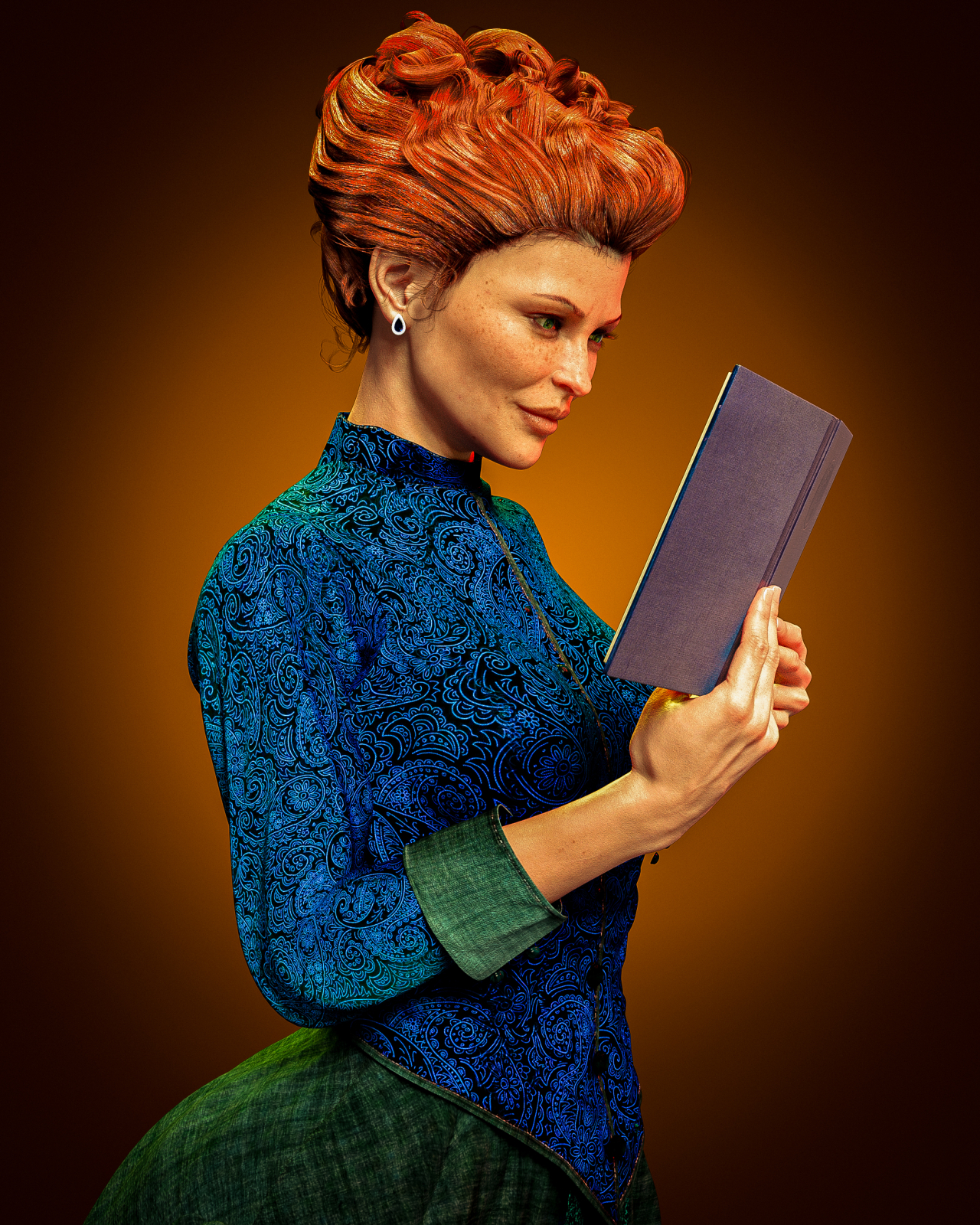 Tamson Emily O’Rourke was the first cousin and first love of Silas Silver IX. Against their parents’ wishes, the pair married in secret while Silas was on furlough from the American Civil War. But their wedding night was to be the last time the couple saw each other alive, as Tamson disappeared under mysterious circumstances before the war was out and was presumed dead.

She wasn’t dead, though. Not yet. And the story of her life is a long and winding road indeed.

Tamson was born in Harwich, Massachusetts in the year 1844 to parents Martin O’Rourke and Caroline Silver. Though Martin’s Irish heritage, Catholic faith, and status as a recent immigrant were reason enough for Caroline’s family to essentially disown her, the arrival of Tamson in 1844 served to mend fences. Born the same year as her cousin (and future husband) Silas IX, Tamson also became fast friends with her cousin Sarah Silver and was doted upon by Sarah and Silas’ older sisters Elizabeth and Mary.

Tamson and Silas were the closest of the bunch, however. They bonded over a shared love of Shakespeare and Tamson’s desire to perform on stage. By the time they were teenagers, romance bloomed. And were it not for the salacious rumors spread by their classmate Patience, who once caught them “canoodling” in a carriage by one of her father’s cranberry bogs—were it not for that, they might have been able to get married in public instead of in secret.

The War and What Happened Next

With the outbreak of civil war in 1861 and Silas’ now-widowed mother forcing him to enlist, Tamson made her way to Boston to pursue her dreams of acting. To keep her parents from finding her and dragging her back to Cape Cod, she began performing around Scollay Square under the name Emily Gold. And in early 1862, when she married Silas during a brief furlough from his military service, Tamson made it official and changed her name permanently. “It should have been Silver,” she would say later in life. “But we needed to keep it secret, and Gold is richer than Silver anyhow.”

They had one night together before Silas was back to the war, but that one night was enough. A few months later, now very much pregnant—and out of work because of it—Emily was “living off the kindness of friends, performers [she’d] worked with around town in the months after Silas’ departure.”

Shortly after the birth of her daughter Grace Gold in late 1862, Emily “took this body of [hers] that [she’d] spent weeks recovering, and [she] took it to a place where it might be of some profitable use” to she and her daughter. “I thought I would be back before [the baby] woke,” Emily would later admit.

On her walk home from turning the trick that would keep a roof over her and her daughter’s heads for a little longer, Emily was assaulted on the banks of the Charles River. And the assault may in fact have turned to murder if not for the intervention of a man in a cloak who scared off the assailants. After he made sure Emily was alright, he offered to give chase—if only Emily would hold on to his cloak while he did so. Emily, unaware of what she was agreeing to, said yes. And this was how she became the next Ferryman.

She never saw her “hero” again.

Emily served as ferryman for what seemed like an eternity (and may very well have been, given the possibility of becoming unstuck in time within the Clarkwoods Literary Universe). She shepherded souls across The River Without End to whatever’s next until she was able to hoodwink her own successor in the short story “The Price.”

But what happened to Emily next is not entirely clear. The next time she appears in the historical record is in the year 1955, when she marries a man called Ernest Henderson. And the day depicted in “The Price” certainly doesn’t appear to be 1955.

According to an extract from The Emily Henderson Family published in the 2002 edition of Those Little Bastards, Emily Gold—erroneously named Emily Baker in that extract—was born in 1935, and born in New York City. So, whatever may have happened to Emily in her lost years, she had aged very little—if at all. She married Ernest in Hyannis, Massachusetts on Cape Cod—not far from where she’d grown up in Harwich in the 1800s—and the couple lived in nearby Chatham with their growing family until 1980.

It appears that she didn’t interact with her long lost relatives in the Silver or O’Rourke families during this time, but the reasons for keeping this emotional distance—even when she was physically very close—are as yet unknown.

What is known—again thanks to the aforementioned extract—is that Emily, Ernest, and their youngest child Nora removed to New York City at some point in or after 1980. And that’s when things got crazy again.

In the Earth-668 iteration of reality, Jesus 2.0 is created from DNA found on The Shroud of Turin; Ernest dies in 2010 of complications from brain cancer; Emily lives through the “catastrophe of 2030,” witnessing Sam’s battle with The Sin Monster on the streets of Manhattan; and then she “dies” in her sleep on November 13, 2034.

In the Earth-669 iteration, a time-displaced Emily appears throughout history, from 1900–2000, as “a landlady who ran apartment buildings in New York, Los Angeles, and Boston, collecting strays along the way.” And in this iteration of reality, these adventures through time culminate in Emily convincing Jeremy Bassett in the year 2000 to destroy his family’s privately held piece of the aforementioned Shroud of Turin, thereby preventing the aforementioned cloning of Christ.

This success in avoiding the horrific future she’d witnessed firsthand emboldened Emily to take another stab at changing the past. And though we’re not sure why she waited as long as she did to try this, or why this wasn’t the change she tried to make first, we do know that Emily’s second attempt to change history would be her last.

The Crone on the Common

In the story/chapter “The Crone on the Common,” from the book The Seven Wives of Silver, Emily travels through time again—this time to 1915. Her mission this time around: stop the death in childbirth of her beloved Silas’ final wife: Annie O’Reilly. It is strongly implied that this attempt to change these events is only the latest in several such attempts—all of them failures.

Annie, it turns out, is the daughter of Emily’s long lost daughter Grace. This makes Annie not only Emily’s granddaughter, but also the granddaughter of her own husband. And it is this shock that kills her every time, no matter how Emily tries to stop it.

After delivering Annie and Silas’ second and final child to Silas’ doorstep, Emily flees. Bound for The Strumpet’s Sister to try for one more chance at changing the past, she is brutally gunned down by an expert marksman hired by The Sister’s Regulars to put an end to this madness. And the marksman is none other than Emily’s aged cousin Sarah, convinced by the Regulars that “[t]he crone must die so that the horror might end.”

And that, finally, is how the story of Tamson Emily O’Rourke comes to a close. 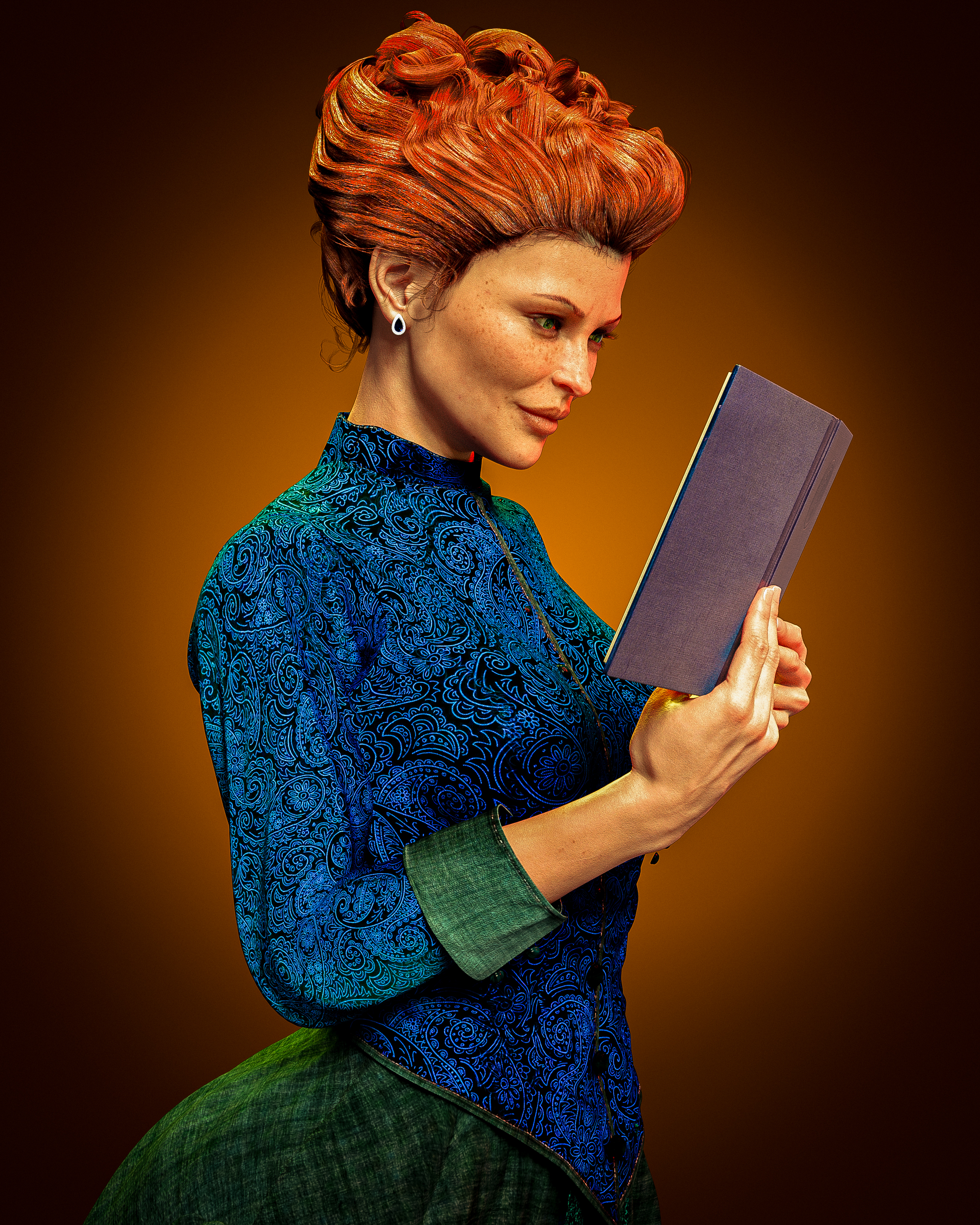