Inspired by a series of themed open-mic nights from his college days, a novelist drops his first collection of poems.

In the 1990s, the late, great Bradford College put on a series of “Bad Poetry Nights” for their beleaguered student writers. These fast-paced evenings of literary shenanigans had one simple premise: compose the worst poem you could in five minutes or fewer, using 3–5 absurd words plucked from a hat by the hosts.

The only trouble was this: give a talented writer a set of clear constraints, no matter how ridiculous, and they can’t help but produce something compelling.

It is in that spirit that novelist E. Christopher Clark (Bradford Class of 1999) approached his first collection of verse. With words and phrases drawn from kitchen magnets, playing cards, and his own tortured imagination, Clark has assembled thirty-five poems which would make the bad poets of old look up from their black coffees, peer out from under their ironically worn berets, and offer knowing nods of approval.

Buy Bad Poetry Night today to find out what happens when Herman Melville meets the Monkees and the Mormon Tabernacle Choir’s invades the dreams of Donald J. Trump.


Or Read These Poems for Free Right Now 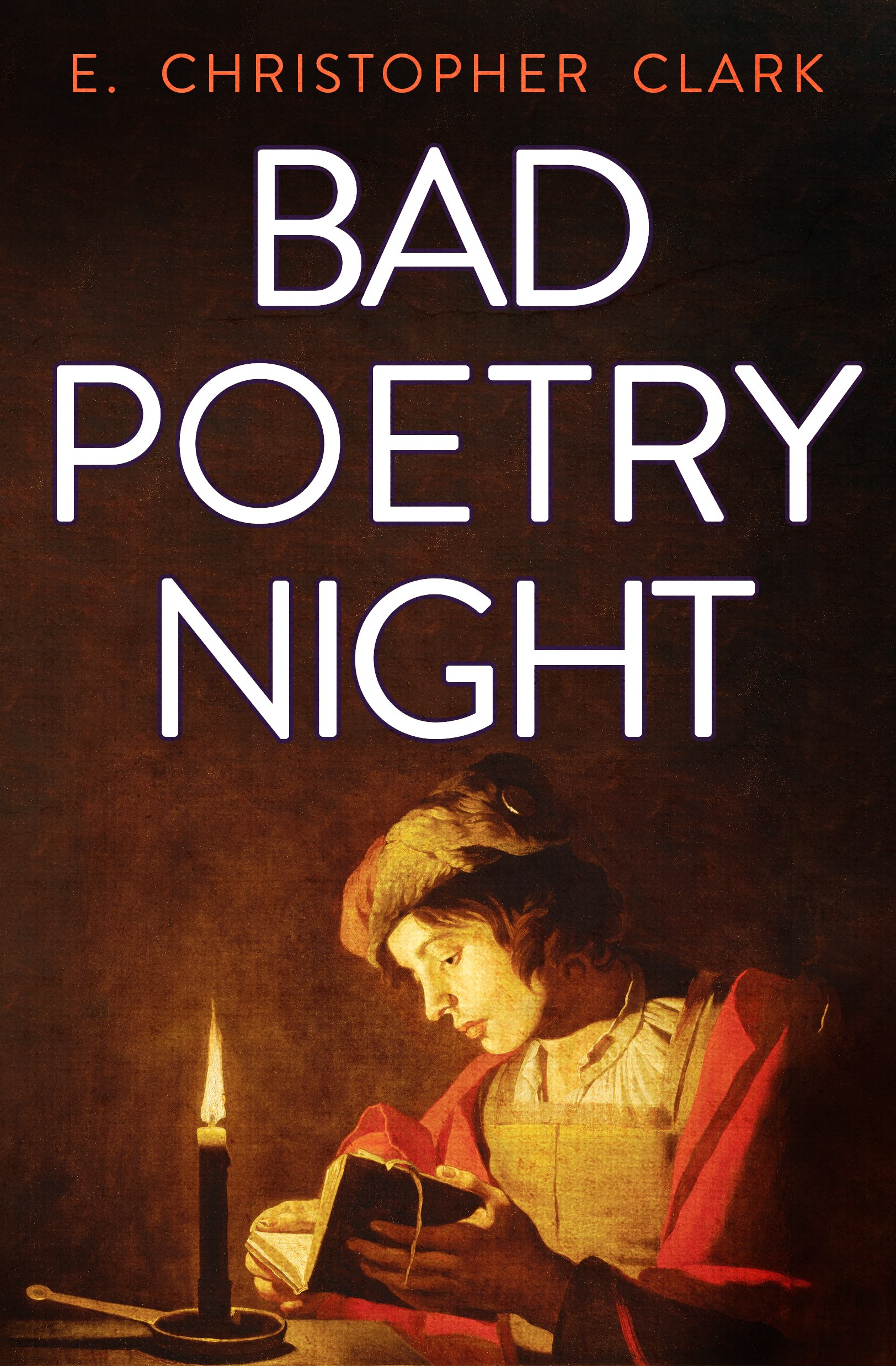