The Boot of Destiny

She loved him as a father. When he breaks her heart, she’ll raise his darkest specters…

With the supernatural elixir running through the man’s veins, Tracy presents his memories as evidence in a mystical courtroom. But though she defies him to confirm he’s not like every other man, her righteousness is shaken with the revelation of his dark and shocking secrets.

Can Tracy prove her uncle’s betrayal was real, or will she uncover a deeper truth?

The Boot of Destiny is the second book in the intriguing Stains of Time family saga series. If you like nuanced characters, deep moral quandaries, and a touch of metaphysical mystery, then you’ll love E. Christopher Clark’s coming-of-age tale.

Read The Boot of Destiny to rewind the facts today!

An excerpt from The Boot of Destiny

The courtroom was a sort of mashup. On the one hand, it looked the trial scene from The Undiscovered Country, Michael’s favorite Star Trek film: a big circular room with a beam of light shining down on the platform where stood the accused. But, on the other hand, it was too colorful to be Klingon. The jury, seated all around them, was comprised of every female comic book, cartoon, science fiction, or fantasy character Michael had ever crushed on, each of them done up in the most audacious outfit they’d ever been seen in. They all looked annoyed to be there, everyone from Slave Leia to Little House’s Laura Ingalls, from The Little Mermaid to Lost’s Charlotte Lewis. There were six copies of Scarlett Johansson seated behind seven variations of the X-Men’s Jean Grey. And Dana Scully was there too, chatting it up with what looked like a Vulcan and looking quite pleased to be rid of Mulder for the evening. God, Tracy thought, as she looked around, I have never seen so many redheads in one place.

Michael was still out cold, though clad now in an orange jumpsuit. Fitting, Tracy thought, given that orange was Michael’s favorite color. She thought of how happy he’d be, under different circumstances, to have found something to wear in that shade besides his ratty old Reese’s t-shirt.

And what was she wearing, Tracy wondered, looking herself over. Judge’s robes, of course. Simple black. Nothing crazy. No powdered wig, or anything like that. She sat behind a tall podium, looming high above the scene, like the Queen of Hearts in Alice in Wonderland. A banner hung down the front of the bench, a rather severe looking Venus symbol stitched into it.

Tracy took up her gavel and banged it down three times. “All rise!” she called out. And when Michael still did not stir, she waved to the shadows at the foot of her bench and two bailiffs stepped out, one done up like a swordswoman of old, the other like a gunslinger from beyond the apocalypse. The two women pulled Michael to his feet as Tracy repeated herself: “I said, ‘All rise!’”

Michael squeezed his eyes together, shaking his head. “Where am I?” he said.

“Michael Silver,” said Tracy, “you are on trial for your crimes against femininity.”

“On trial for what?”

Tracy smirked down at him. “Anything you say can and will be held against you in this court. So, we recommend you shut up.”

“If this is a trial,” said Michael, “where is the jury? Where are the lawyers?”

“This is your courthouse,” said Tracy, waving her gavel around, urging him to see for himself. “You built it, brick by brick. So, you tell me.”

He said nothing for a minute, as he looked around, locking eyes with several of the women his subconscious had invited to render his verdict. His jaw went slack, his lower lip drooping. Tracy couldn’t tell if he was staring in disbelief, or if he was ogling them.

“You’re the judge?” he said, still not looking at her.

“In here she does,” said the two bailiffs.

Tracy was amused by this. All the power rested with her, except for the final judgment. And maybe that was her call, too. After all, the jury was fiction; she was reality.

“OK, fine,” said Michael. “But don’t you mean first witness, not next?”

She wasn’t sure what she meant, so she embellished: “We’re halfway through this trial already, Mr. Silver. Have you been asleep this whole time? Is this matter not worthy of your attention? Did you not see me, right here in front of you?”

“How unsurprising,” said the bailiffs.

But Tracy ignored him. She looked down at the notes in front of her, scribbled so many days ago now, back when the potion was still brewing, when it wasn’t even certain when Michael would be in town, when it seemed like there would be more time to plan, more time to prepare the case. Tracy looked at the notes and saw her mother’s name—Veronica—and that’s who she called first.

In the real world, she felt her hand sliding up the fader for a second pool of light, off to the left, but she didn’t see the mannequin there that she was expecting. She saw Veronica, a younger Veronica, five and a half months pregnant, in a godawful prom dress the color of a pistachio. Tracy closed her eyes, tried to remember what was real, and then looked down. There was no fader anymore. There was nothing more real than the young woman beside her, nothing closer to the truth than the gavel in her hand.

“Please,” Tracy said to Veronica, “state your name for the record.”

“Veronica Amelia Silver,” said the young woman—younger, Tracy realized, than she was herself.

“And what,” said Tracy, “is your relationship to the accused?”

“Could you please explain the scene we are about to see?”

“Scene?” said Michael. “Is this a courthouse or a playhouse?”

Tracy realized how preposterous it sounded, but scene was what she had meant to say, what she felt compelled to say. She pointed down at him with her gavel. “The accused will remain silent until spoken to.”

“This is absurd!” said Michael.

The Gunslinger drove the butt of her rifle into Michael’s stomach, and he fell to his knees. Then the Swordswoman grabbed a fistful of his hair and yanked his head backward. She put her sword to his throat.

“The accused will remain silent until spoken to,” said Tracy. “Do you understand.”

Still on his knees, Michael nodded. A drop of blood traced its way down his neck, from the edge of the blade and onto the collar of his jumpsuit. 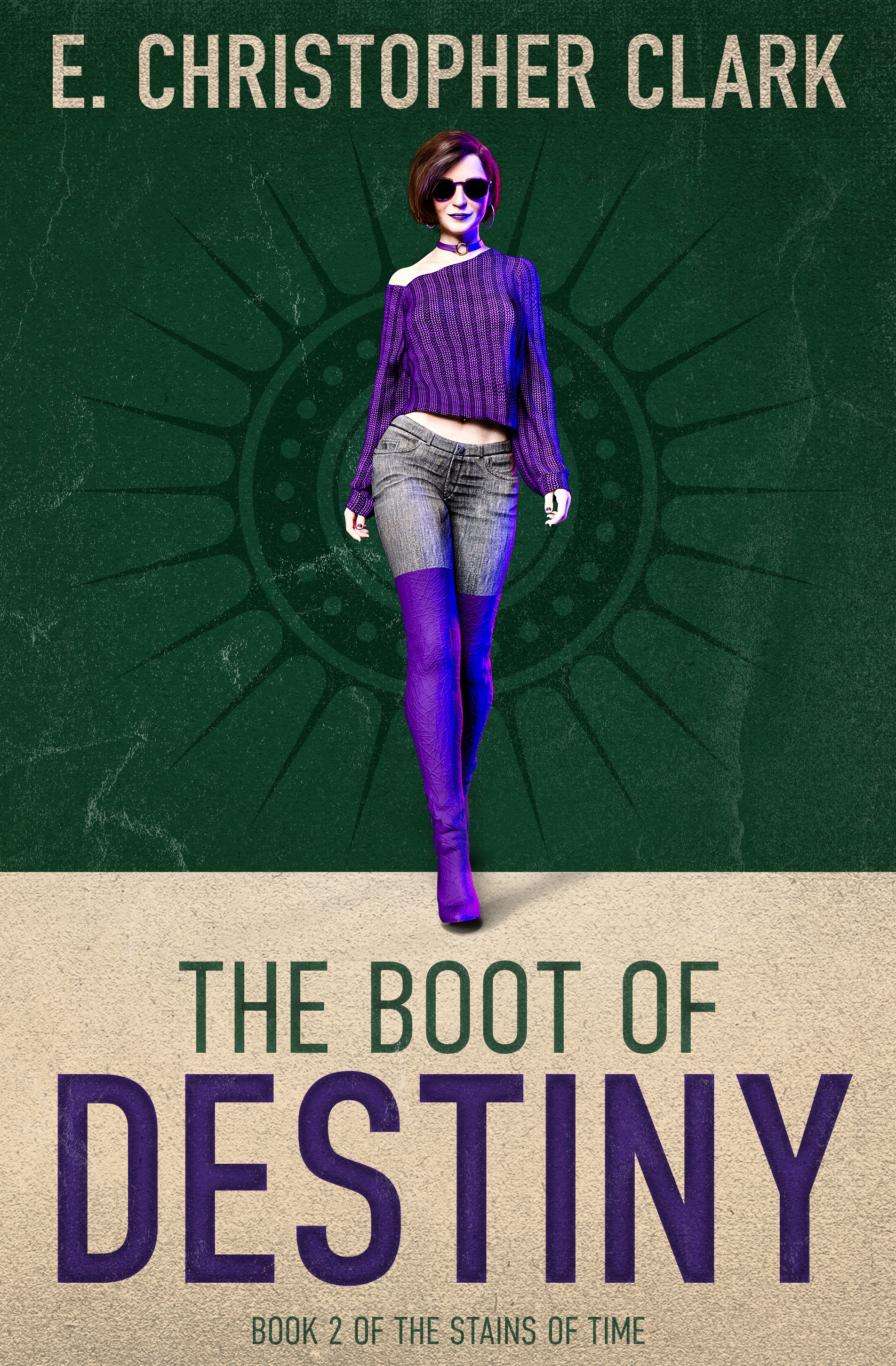