The Tragedy of Yesh and Jude

“The Tragedy of Yesh and Jude” is a legend told by The Sister’s Regulars about a romantic relationship between the messianic figure Jesus of Nazareth and his disciple Judas Iscariot. Though considered blasphemous by Regulars who also call themselves Christians, this story is the centerpiece of The Tome of the Regulars and considered by many Regulars to be the most romantic story ever told.

In the tale, the two men are referred to either by the Hebrew versions of their names—Yeshua and Judah respectively—or by the monosyllabic nicknames given to them by modern Regulars: Yesh and Jude.

The story begins with the closeted and unhappily married Jude leaving his home one morning to attend a sermon by a charismatic traveling rabbi he’s heard tell of from the other men in his village.

Struck first by the divine handsomeness of the preacher and only second by the man’s teachings, Jude listens only inattentively; he’s too busy trying to keep his imagination from running away with him, after all. But Jude is enamored enough with what this Yeshua from Nazareth is saying that he follows the man out of the village the next day, leaving his wife and children behind in the process.

There are many times over the years they spend together that Jude confesses to Yesh a love beyond the love the other disciples bear him. But each time Jude makes his proclamation, Yesh rebukes him—never out of disapproval, mind you, never with an ounce of disdain or disgust, but always with a certainty that this romance Jude so desperately wants can never happen.

As time wears on and the momentum of Yesh’s ministry builds, Jude worries that everything is happening too fast. As Yesh and his disciples near the holy city, Jude worries that Yesh’s desire to openly proclaim himself the messiah will provoke both the Roman tyrants occupying their country and the religious establishment already in place, and that innocent Judeans will suffer the consequences.

And, beyond that, Jude fears that the Romans will kill the man he loves.

Jude begs Yesh to reconsider, but Yesh is resolved and will not be swayed. He tells Jude, “I will do what I must, as will you.”

Before the last supper that they will ever eat together, Jude leaves Yesh’s side and goes to the chief priests of the holy city. He agrees to turn over Yesh that evening—and though he attempts to refuse it, they pay him 30 pieces of silver for his help.

Maybe a night in jail will cool him down, Jude thinks. The crowds here for Passover will disperse. The extra soldiers will go. And Yesh can make his proclamation in a way that won’t cause all hell to break loose all at once.

That evening at the appointed time, surrounded by a throng, Jude moves toward Yesh to identify him to the soldiers. But though he has planned to simply point out his great love with a finger, Jude is implored by Yesh to do it another way.

“You may have your kiss now,” Yesh says.

Heartbroken and hurt, Jude does not kiss the lips he’s finally been offered. He kisses Yesh on the cheek instead.

Days later, when the Roman governor allows one criminal to be spared and the assembled crowd chooses to spare a murderer instead of Jude’s beloved Yesh, Jude’s heart is broken for a second time.

After Yesh is crucified and laid to rest, Jude waits by the tomb to see if his love will bring himself back from death—a miracle Yesh has worked on others in the past. But Jude’s heart is broken a third time when an angel of death, the Ferryman, moves aside the boulder sealing Yesh’s tomb and carries the body toward the River Jordan.

And it is here that the miracle Jude is worshipped for by the Regulars takes place.

The Ferryman, having laid the body of Yesh in its boat, begins to punt the thing out into an early morning fog. But Jude, angrier than he has ever been in his life, swims out to grab hold of the boat before it’s gone. And despite the best efforts of the Ferryman to stop him—despite the best efforts of the River itself—Jude overturns the skiff, grabs Yesh’s body, and pulls it to shore.

The waters of the River Jordan, infused in that moment by The Waters of the River Without End, revive the fallen Yeshua. Together, he and Jude swim for the shore. And then, exhausted by the effort, they finally lay in each other’s arms.

But before Jude can ask for forgiveness from the man he betrayed, before he can ask what happens next, winds blow in from all sides of existence and The Calamity begins. Jude has defied the will of The River Without End, and the River will not tolerate it. And so, reality reboots to a new iteration.

But in the Interregnum which followed, when asked if he would do it all over again, if he would risk the ruin of the universe over such a fragile and insignificant thing as love, Jude told a crowd gathered in The Garden that yes, he would.

And that is why, the Sister’s Regulars believe, that in every iteration of reality which followed, Jude became more and more identified as the archetypical deceiver. The betrayer. The worst of all beings in existence. Because the River will do anything in its power to keep the sapient species from trying to defy it again.

As Wikipedia tells us, “virtually all reputable scholars of antiquity agree that Jesus existed.” And while the historicity of Judas might be slightly fuzzier, many agree that the early Christian writers wouldn’t have made him up because he’s embarrassing.

But, as to the particulars of the Regulars’ tale, there is certainly nothing in The Real World to indicate this yarn has any truth to it. That said, the Regulars are time travelers—and they live in a universe where reality reboots itself from time to time, so it’s just as likely as not that this story did take place in one iteration of their reality or another. 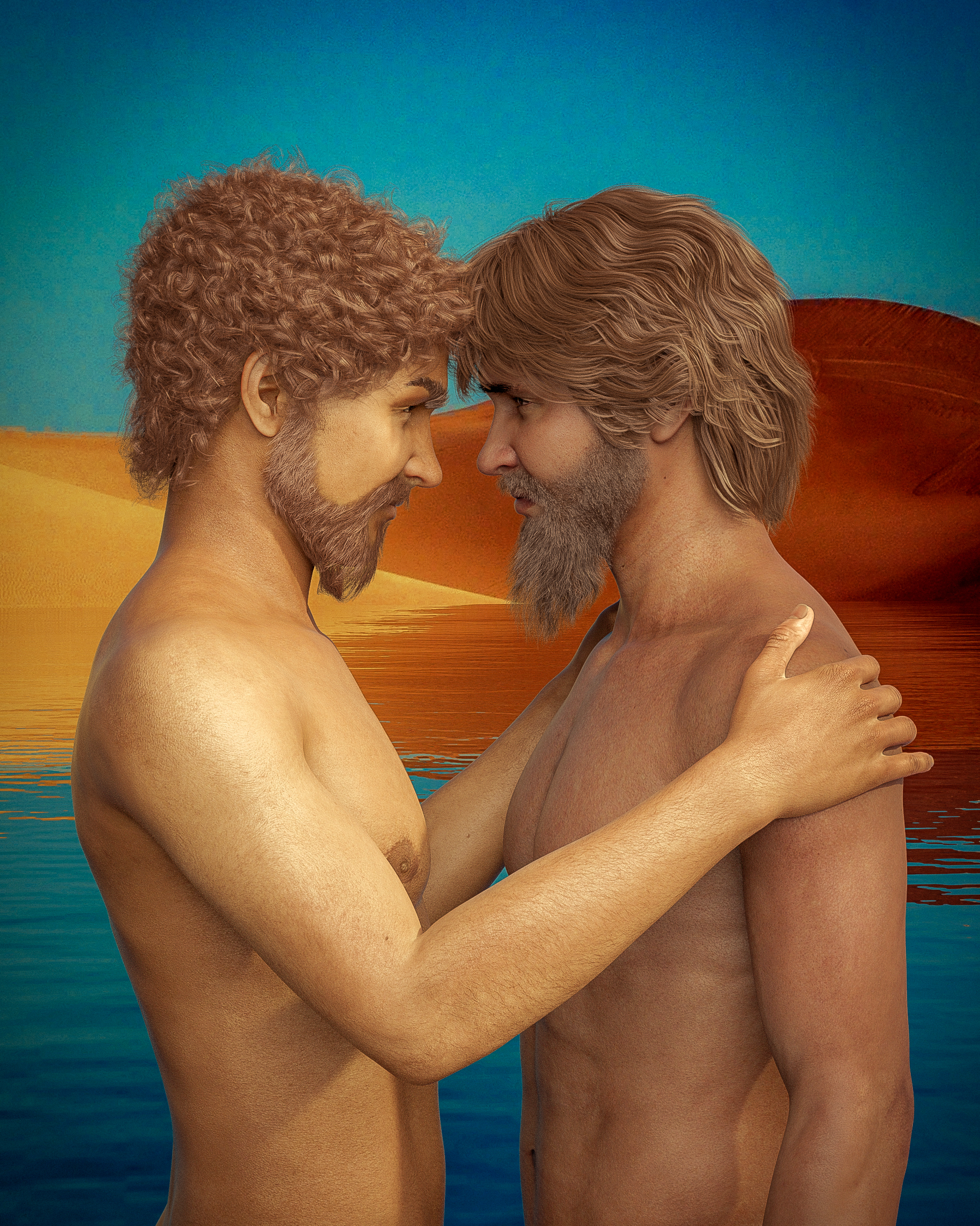 Very interesting. I like this interpretation of events. :D I can see why Christians may find it a little bit blasphemous in your world, though.

Thanks! This one took more research than most of my other recent ones, as I wanted to create something within the realm of possibility that wasn't too wacky in its interpretation.

I could not be more in love with this. I was raised in a Christian cult, and studied collegiate level theology for most of my youth. Your research on this shows, it's very well done and well told. (And I, for one, greatly prefer this version.) It reminds me a great deal of some productions of Jesus Christ: Superstar.

Oh, thank you so much. I'm glad that the research shows, and even more glad that you like this version of the story!