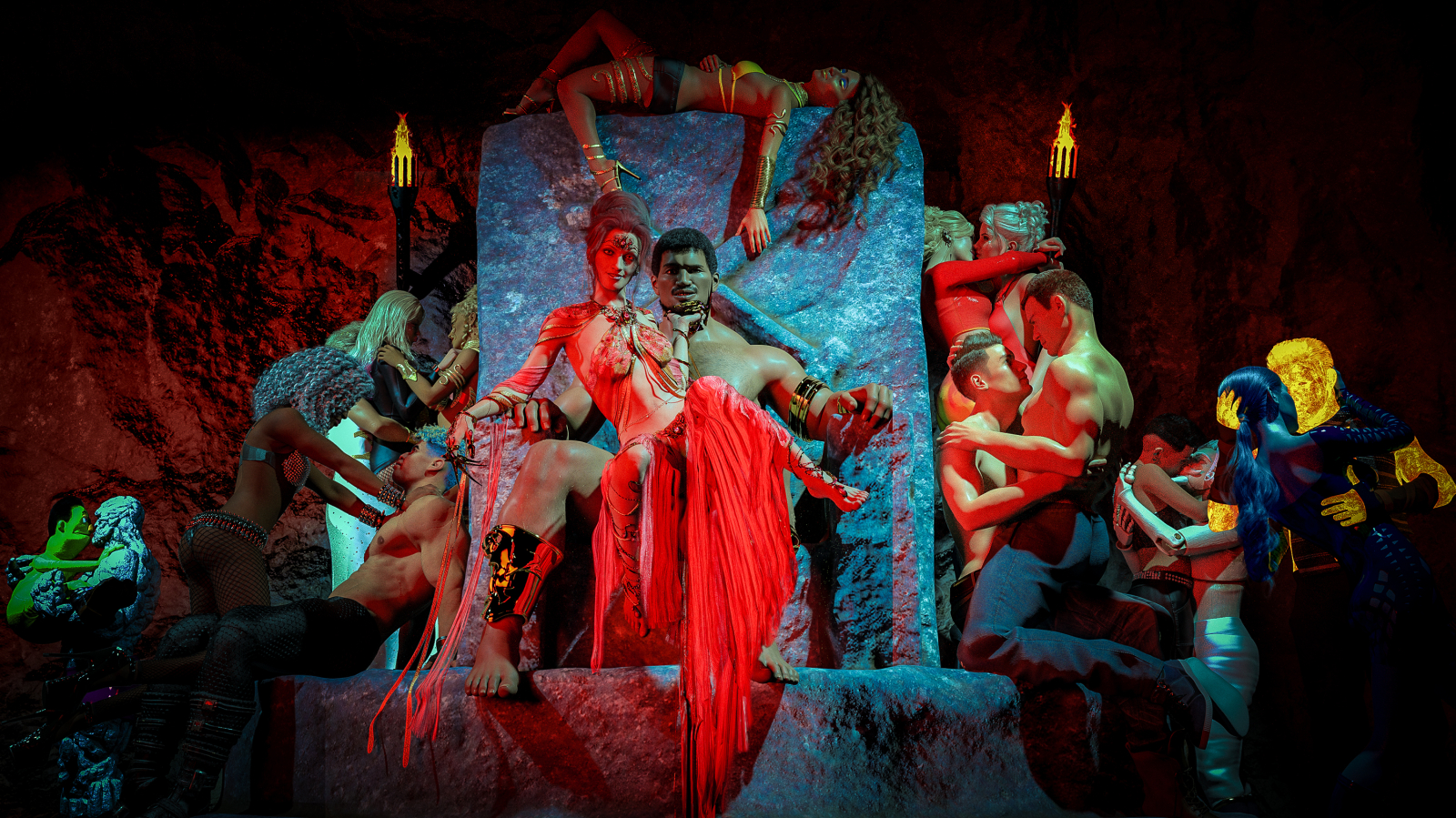 Eden is one of the twin creator deities of The Old Faith and its offshoots. She is associated with fire and chaos, and together with her sister River is believed to have brought the universe into being.

Characterized by her love of entropy, she is seen as the personification of the land which bears her name—a purgatorial paradise which acts as the last refuge of life in the universe each time that an iteration of reality comes to an end. Bold, spontaneous, and tolerant to a fault, she is beloved by anarchists, free minds, and by all those prone to over-indulgence.

When she makes herself known to the people of her world, Eden appears as a slender, well-endowed woman with red hair. She is known for her entrancing and inviting stare, for her incredibly flirtatious nature, and for her quick temper. She welcomes the attention of any and all who are willing to give it, but she is quick to turn on anyone who she believes is trying to control her or manipulate her in any way. When provoked, she is capable of transforming herself into a being of pure heat and fury. Her hair transforms into a great column of flame, her eyes glow white hot, and her skin crackles open along volcanic fault lines which run all along her body. 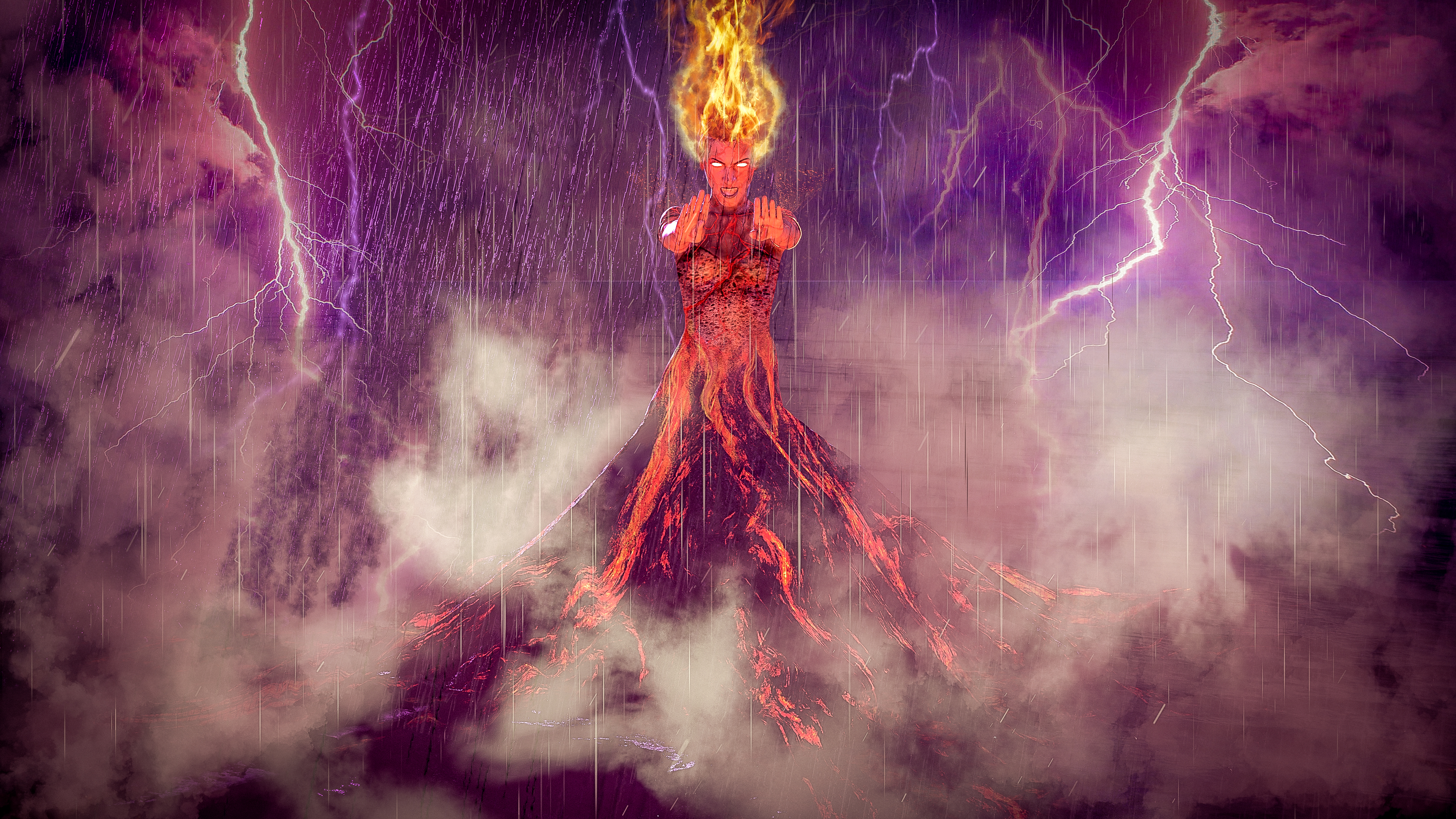 According to Dhoshmoran, the universe was created by Eden and her sister River during the latter days of their own collapsing reality (called “The Broken Before” in the dwarven epics). And yet, Eden is even more well known for her creation of the purgatorial paradise which bears her name.

According to legend, Eden created the Land of Eden as a safeguard against her sister’s rage. Each time River grew angry that reality wasn’t playing out according to her plan, Eden invited the survivors of River’s tantrums to take refuge in the world she’d built for them. And each time the peoples of Eden saw the goddess Eden’s kindness, a new cult devoted to her would spring up. 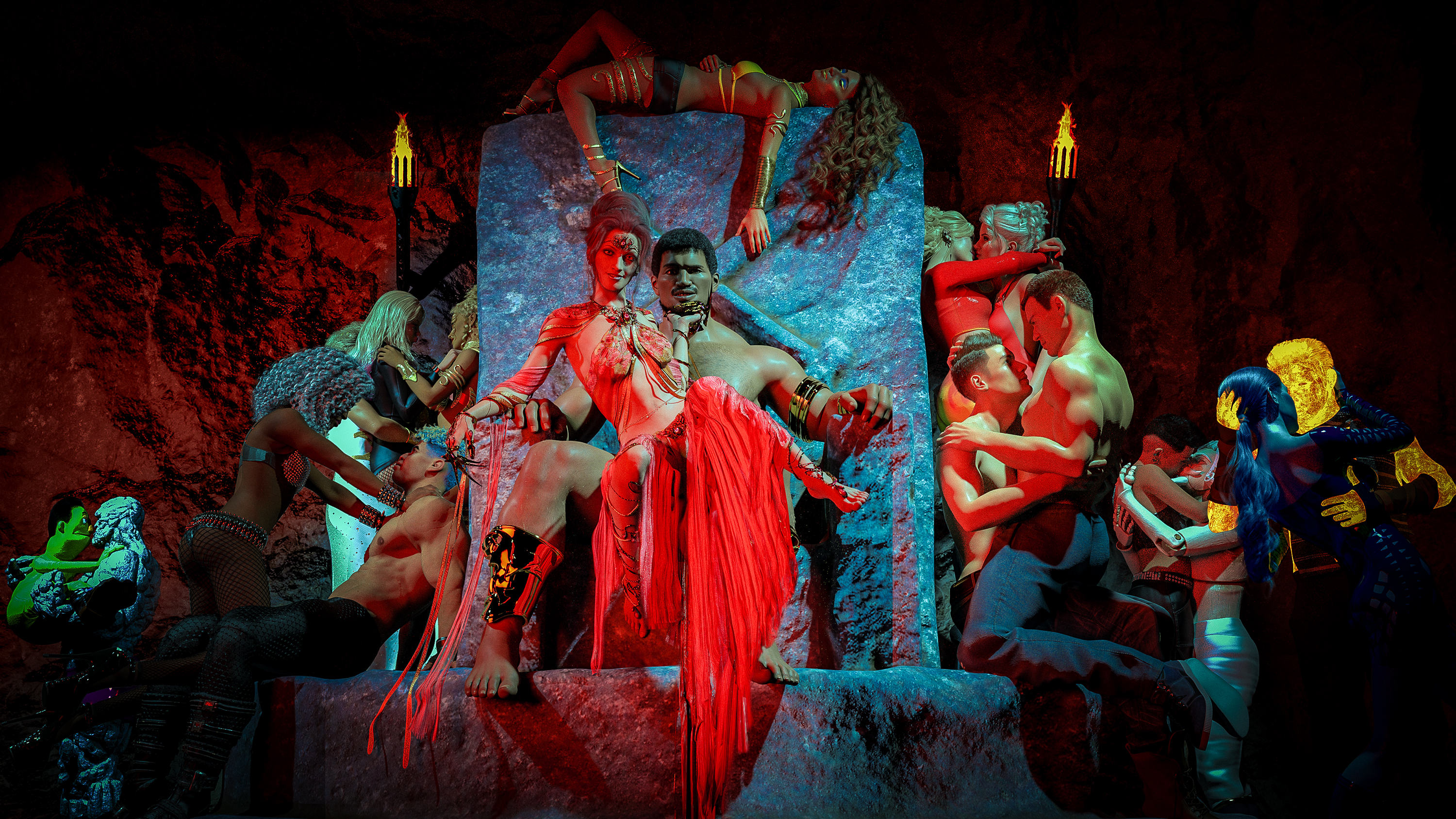 The Destroyer of Worlds?

The Saints of Sam Hill, an extremist offshoot of The Old faith, believe that Eden will one day, in her rage, destroy all of existence—just as her sister has done six-hundred and sixty-eight times so far. They believe that an frost demon called Verglas the Defiler, a creation of either River or Eden, “seeks to bury paradise in ice so heavy and thick that it will eventually push creation itself right up against the very Gates of Tarnation” (Tarnation being their name for Eden’s domain). And they believe that when Verglas succeeds, Eden will battle him to the death and they will destroy all of existence in the process—the land of Eden included—bringing the universe of River and Eden’s creation to an end, once and for all.