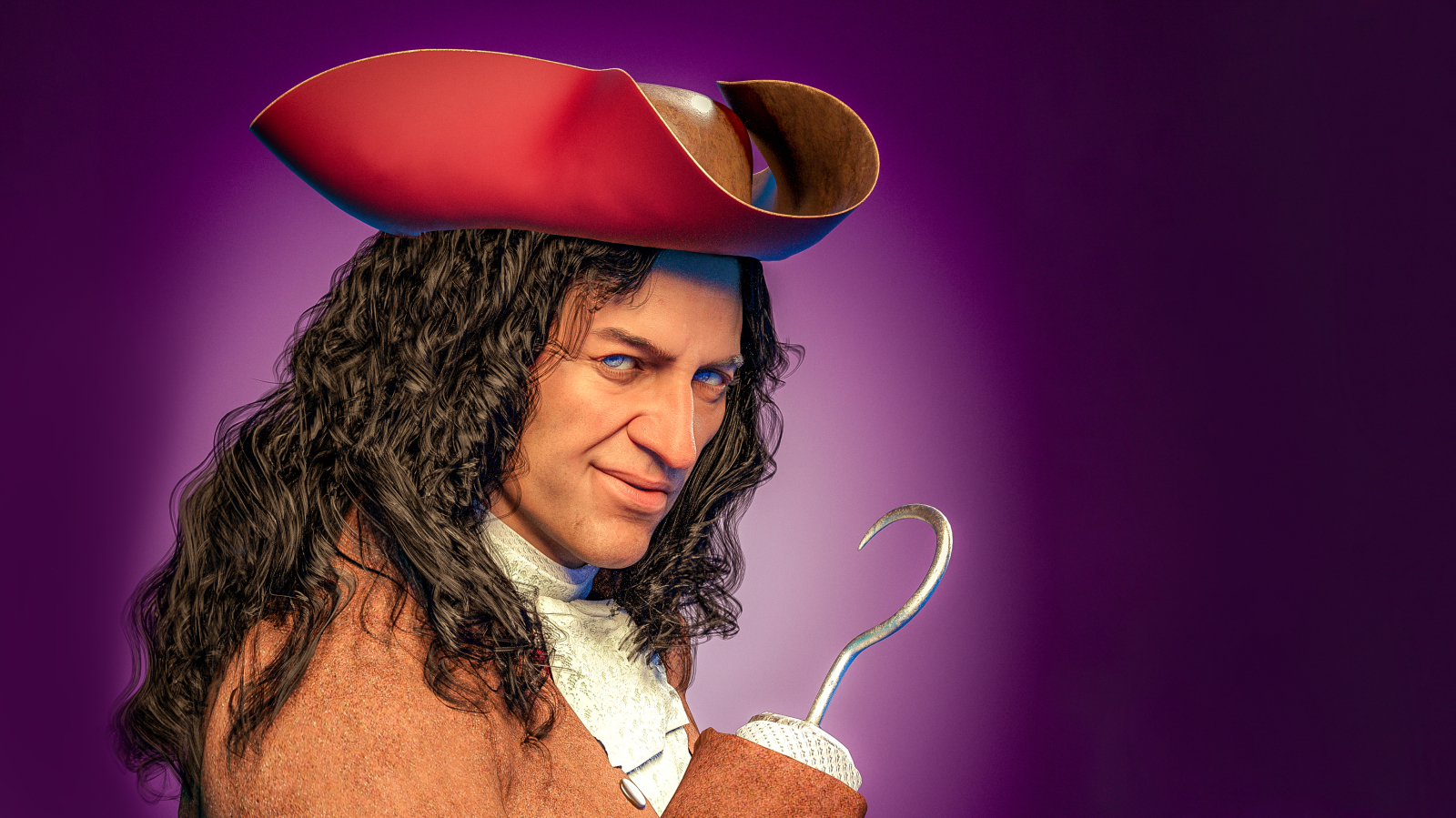 Captain James Hook was the scourge of Neverland during the Second Interregnum. His exploits on the Sea of Tears were the stuff of legend. And were it not for Hook’s defeat at the hands of the unscrupulous and unprincipled rogue known as Peter Pan, the captain might be sailing the waves of Eden still—rules about Interregnums and reboots be damned.

Hook was a handsome fellow, remarked by some to be “so good looking it was disgusting.” He was a lean but muscled man who kept his clothing in impeccable condition—not just for a pirate, but for any man.

His blue forget-me-not eyes and the long dark curls of his hair offset a slightly too-large nose—the only feature of his that he was self-conscious about, prior to the loss of his right hand and its subsequent replacement with his infamous hook.

Personality-wise, though he was bloodthirsty in battle, Hook was the consummate gentleman. Overly concerned—some might say obsessed—with observing niceties, etiquette, and the finer points of polite society, he was the very definition of the lovable rogue. He was every bit the gentleman thief.

Born in 1700 to a bastard son of King Charles II and a London prostitute who was bribed to keep quiet, James Fitzroy dreamed from an early age of elevating his station in life. Educated at Eton College, he devoured the classics with the same voraciousness with which a crocodile would one day consume the lad’s hand. And though though he was illegitimate, and the Stuarts were out of favor anyway, he studied the politics of power like a man who might someday wield it.

His favorite pastime, the study of which occupied his precious few “free” hours, was maritime history. And though it would be years before he had the chance to actually set sail, he would be an expert mariner in theory by the time that day arrived.

Through a series of circumstances since lost to history, James eventually joined the crew of a naval cutter called The Antagonist. Captained by a married couple from the American colonies, the vessel was everything James had hoped for in a ship. It was faster than anything in the Atlantic and respected by anyone who caught sight of its sails on the horizon.

He wanted it for his own almost immediately.

As he rose in prominence amongst the crew, he began catching the wandering eye of the ship’s co-captain: Bethiah Silver. This led to whispers that James was the only man that Bethiah’s husband, Silas, feared. And yet, Silas needn’t have feared James. The future Captain Hook knew that it would be “bad form” to steal another man’s wife, and so rejected the advances of the flustered Bethiah.

Until Silas was out of the picture, of course.

Near Bermuda in 1742, faced with the universe-ending maelstrom of a Calamity, Bethiah Silver took the helm and successfully steered the ship into the purgatorial paradise of Eden. Arriving on the Sea of Tears, the crew celebrated their captain with rum and the firing of their pistols into the air. But when Bethiah couldn’t find her husband amongst their number, the poor woman’s heart broke.

James attempted to console his captain, but now it was Bethiah who rejected him. James, angered by this slight, convinced the crew to relieve Bethiah of duty. They brought her ashore, got her drunk on Wonderlandian liquor inside The Cheshire’s Meow, and left her to live out the rest of her life outside of their company.

Back aboard The Antagonist that night, James re-christened the ship The Jolly Roger—claiming to the crew that it was “good form” to begin their new venture, sans Silvers, with a new name.

And it wasn’t long before James had a new name himself.

The Scourge of Neverland

The captain brought great riches and fame to his crew as they pillaged their way from port to port on the Sea of Tears—from the shores of The Realm to Mermaid’s Lagoon on the island of Neverland—but their exploits soon drew the attention of Neverland’s national hero Peter Pan.

It was during an early encounter with said interloper that James lost his right hand in combat and gained his most enduring sobriquet as a result: Captain Hook.

And yet, James didn’t let this get him down. He continued his piratical ways and continued living according to the code he’d set out for himself as a young man. He saw him self as, on balance, a good fellow. For every port he plundered, he committed an act of heroism—sometimes two. His rescue of Elavaris Galaeron after the murder of the young elf’s parents was one example; his eventual promotion of the girl to second-in-command, despite the objections of his superstitious crew, was another.

She did have a knack for picking targets that brought James and his crew countless riches, but he saw her as a daughter first and a guaranteed pay day second.

Sadly, his seven-year run of good luck came to a disastrous end during The Battle With The Boy Who Wouldn’t Grow Up. Following the arrival of the so-called “lost girls,” and an increase in appearances by the crocodile to whom Peter Pan had fed his hand, the cunning Captain Hook began to slip. A series of mishaps and missed opportunities led to the Jolly Roger’s crew pressing James into a direct confrontation with Pan, whom they blamed for their misfortunes.

It was decision the crew would regret for the rest of their days.

The despicable Pan, not governed by any code—moral, or otherwise—surprised James and threw him overboard. Falling into the jaws of the crocodile who’d been pursuing him for years, James cried out ”Bad form!” and was lost to the world forever and ever. 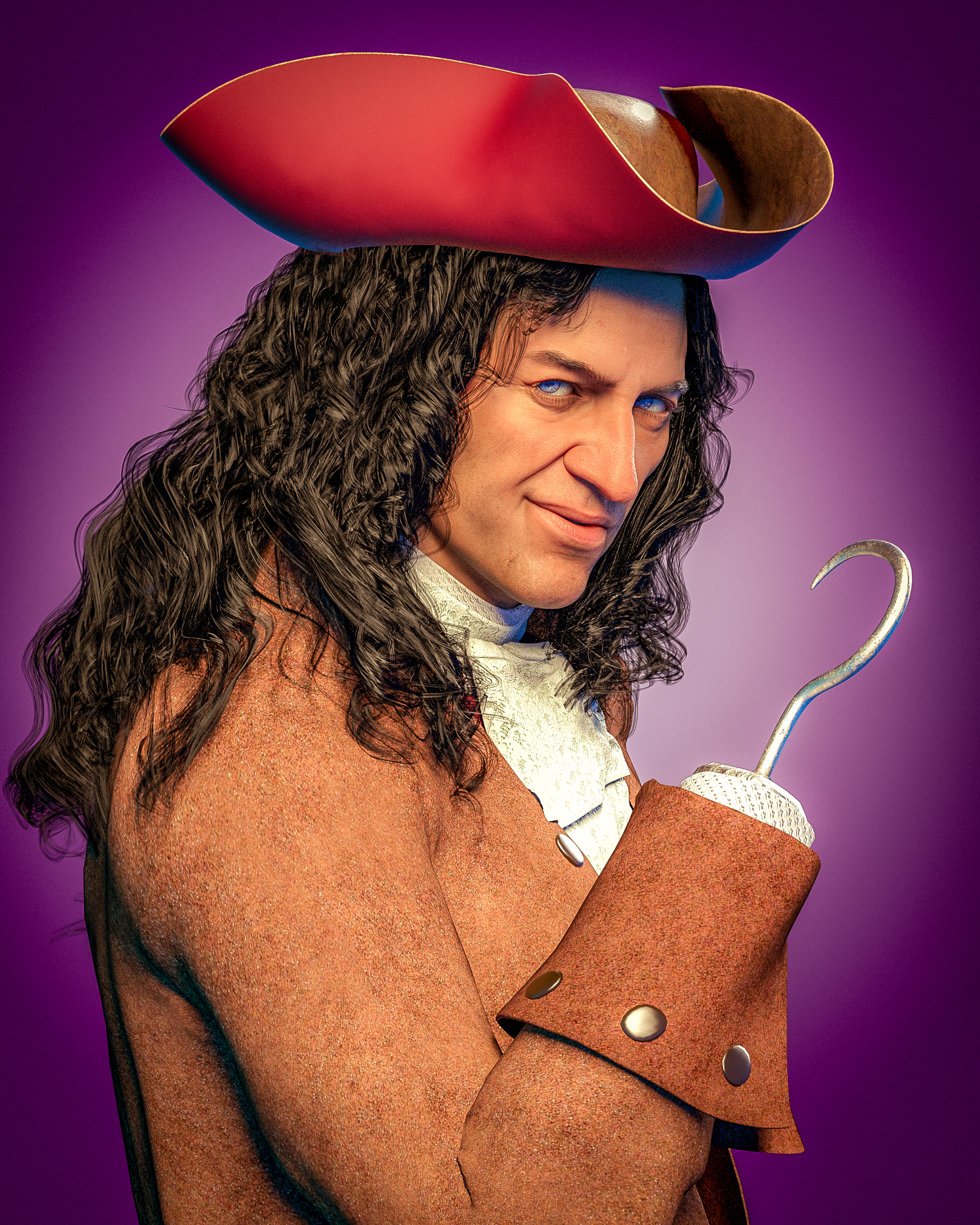