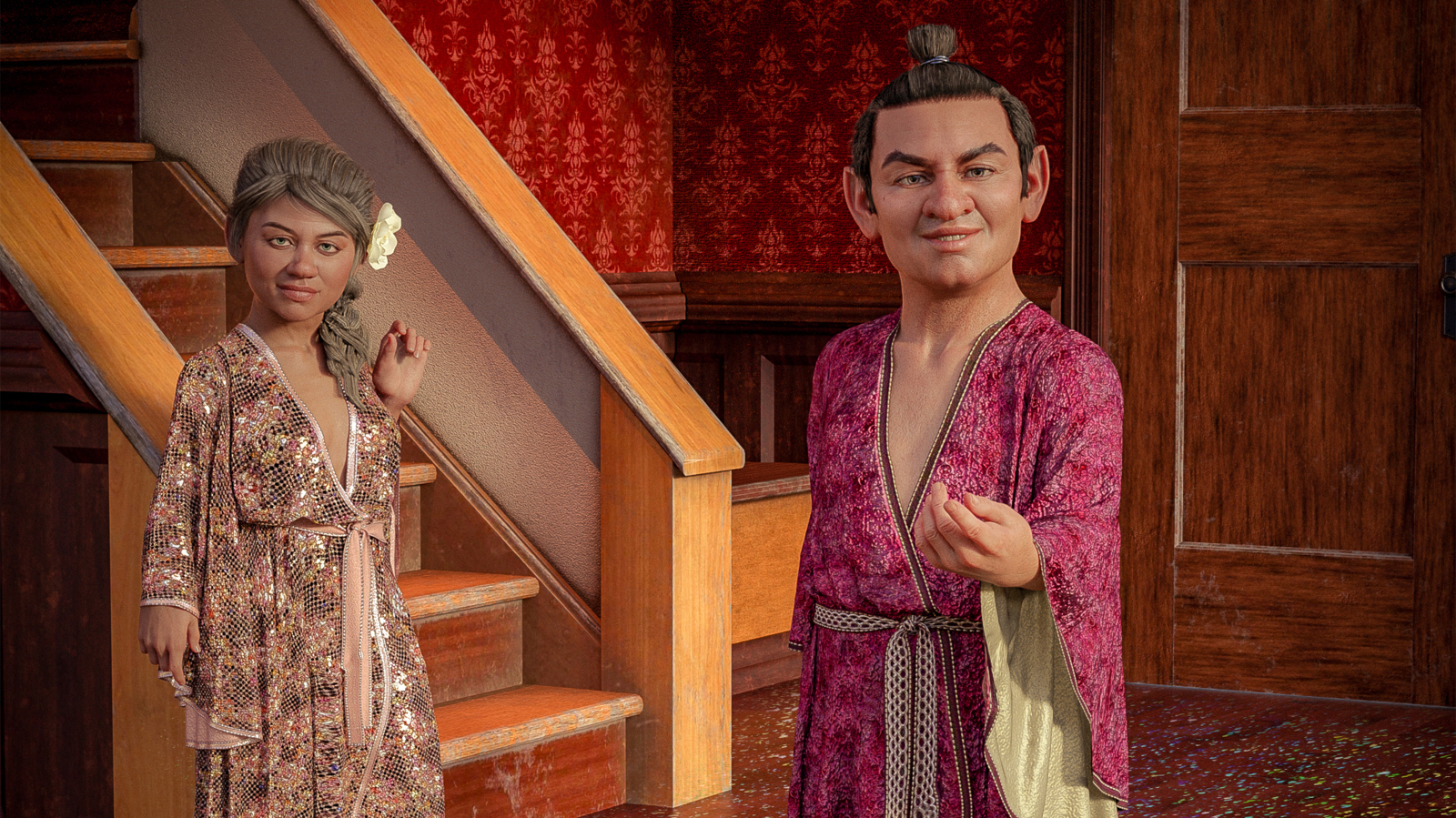 The Temples of Kesha and the Crazy Kids, colloquially known as “Quadling Cathouses,” are a chain of brothels found throughout Oz (and in select locations across the rest of Eden).

Founded during the First Interregnum by Quadling converts to the Church of the Animals, these establishments cater to all who believe—as the great prophet of that old religion once preached—that “your love, your love, your love is my drug.”

The Quadlings were proponents of free love on the halfling home world for millennia before The Calamity which ended the universe as they knew it. But it was upon meeting Earthling refugees in Eden during the first Interregnum that the Quadlings first found common purpose with other sapient beings.

Most of the elves, dwarves, and kíndallans they’d met in their interstellar travels had called the Quadlings “freaks” or worse. And that was to say nothing of the other halfling ethnic groups—Munchkins, Gillikins, and Winkies alike—who all thought of the Quadlings as rather queer fish indeed.

By contrast, the Earthlings of the first Iteration—the first human beings the Quadlings had ever encountered—seemed to value the place of bohemians and free spirits in their society. And they shared the music and art of these “alternative” individuals with the Quadlings, in particular the ouevre of the warrior poet Kesha Rose Sebert.

This led, rather quickly, to the transformation of that singer’s fanbase into the so-called Church of the Animals—the first converts of which were Quadlings, who abandoned their old gods upon realizing they hypnotic power of Earthling pop music over all who heard it.

And thus, in rebuilding their culture in Eden during that first Interregnum, the Quadlings replaced their brothels of old with grand temples to their new deity.

Grand temples with glitter on the floor, of course—as the goddess would have wanted it.

So successful have their experiments been in adult populations that “Quadling Kindergartens” often pop up across the way from Quadling Cathouses. These off-shoot establishments, aimed at treating childhood illnesses with hugs and other age-appropriate forms of affection, have become modestly successful in their own right. But the fear that Quadling nursemaids might try to convert non-Quadling children to their strange religion—this keeps all but the most open-minded and the most desperate from seeking help in such places.

Monetary payment is accepted from all who can afford it, at prices comparable with those of other houses of healing. But no person with a life-threatening illness is ever turned away, regardless of their ability to pay.

It is also not uncommon for alternative forms of compensation to be negotiated between the afflicted individual (or their representative) and the priest or priestess contracted to treat the condition. From the exchange of foodstuffs to promises that the patient will “return the favor” to their caregiver—nearly anything you can imagine has been bartered at one time or another inside the four walls of your friendly neighborhood Quadling Cathouse. 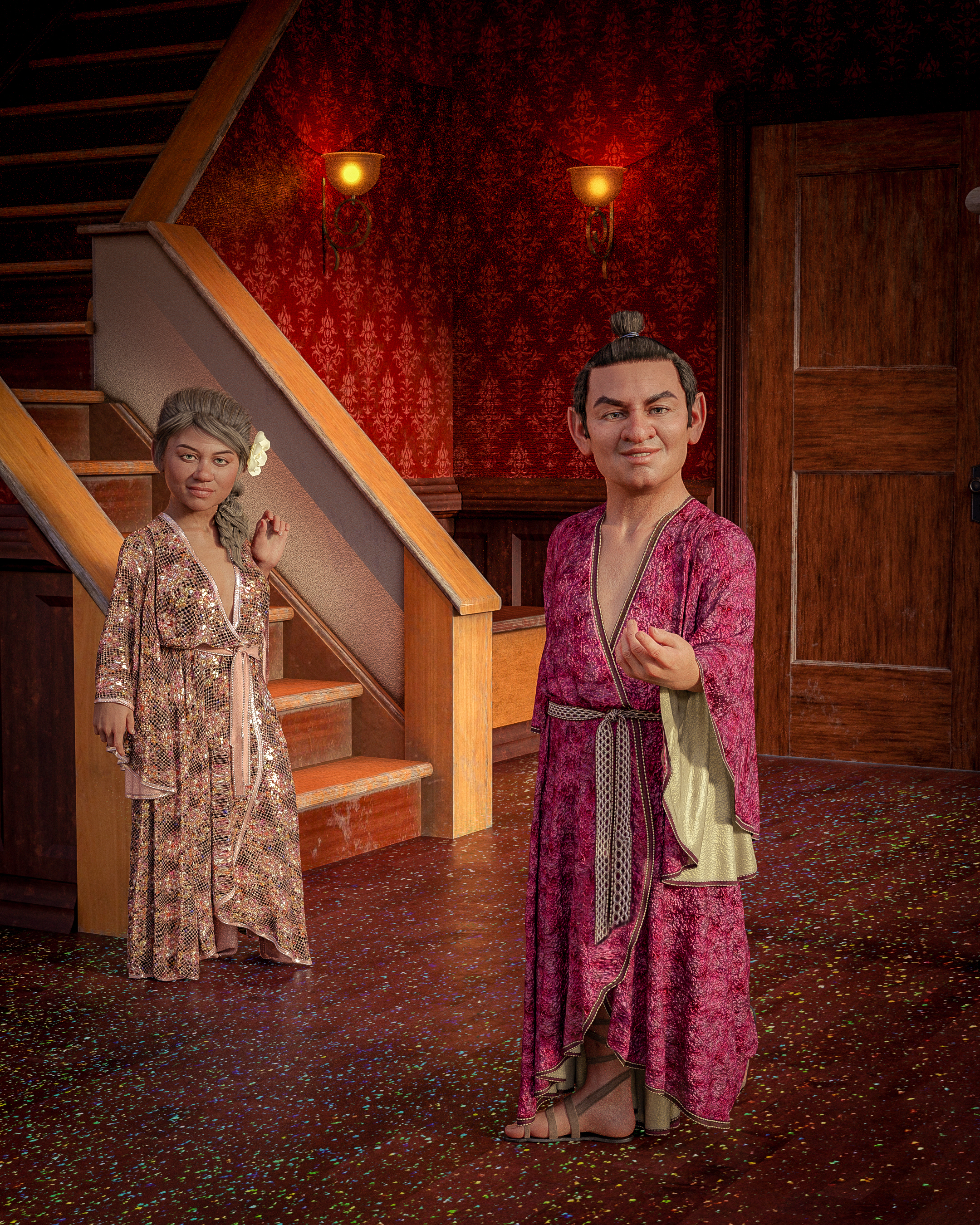 The Wreck of the Tempo

After the apocalypse, a car falls from the sky and becomes a monument to days gone by.

The headquarters of the House of Thrones, and home to the most important card game in the universe.

Answering: "a building associated with healing the sick"
Visit eccbooks's Competition Page Check all other answers to this prompt Competition Homepage

Interesting place :D Do they use some medicines or magic or something to treat severe conditions, or do they really treat anything with only love? Though getting attention and being in a good moral is always a good boost to fight bad illness.

To see what I am up to, my latest article is Geography of magic for the River Challenge

I think my notion is that they’re so good at lovemaking that the right Quadling applying the right technique can cure anything.

Feel free to check out my River challenge article and my Secrets in the swamp Adventure article if you want to see what I am up to!

Glad you got a chuckle out of that one! I had more Kesha references I wanted to throw in there, but I ran out of time.

Thanks! Yes, it's quite powerful indeed. At least they think so!

I think my favourite bit is the child-friendly versions where they treat things with hugs and, I assume, head pats. <3 Also chuckling at the Kesha references.

Yay, I'm glad someone like the bit about the child-friendly versions. I definitely need to add in head pats!