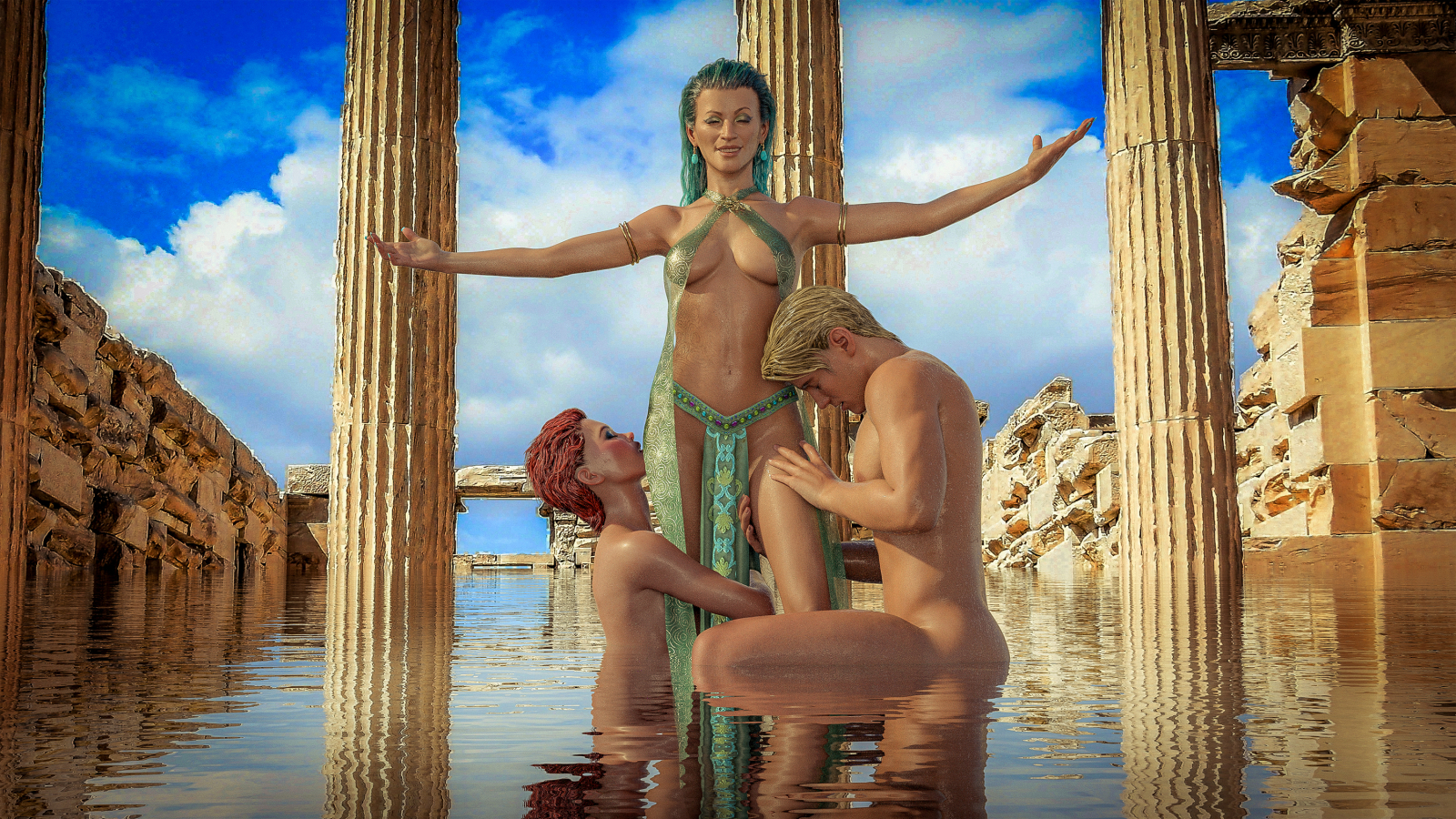 River is one of the twin creator deities of The Old Faith and its offshoots. She is associated with water and order, and together with her sister Eden is believed to have brought the universe into being.

Characterized by her need for control, she is seen as the personification of The River Without End—a swirling chain of cosmic energy which encircles the whole of existence. The occasional reboots of reality, during which the cosmic river “floods” and the survivors are swept into a purgatorial paradise to think about what they’ve done, are believed by the Dhoshmoran to be the work of the goddess. She wants things in the world of her creation to be just so, and she’ll stop at nothing to get what she wants.

When she makes herself known to the people of her world, River appears as tall, slender woman with blue-green hair. She has fierce, expectant stare and demands devotion from everyone she encounters. Endlessly generous to those who pay her the proper respect, she bestows boundless favor upon her worshippers. And yet, to any who wrong her, River can be cruel mistress. A classic megalomaniac, she is obsessed with her own power. If you aknowledge and respect that power, you’ll be fine. If you don’t, then watch out. 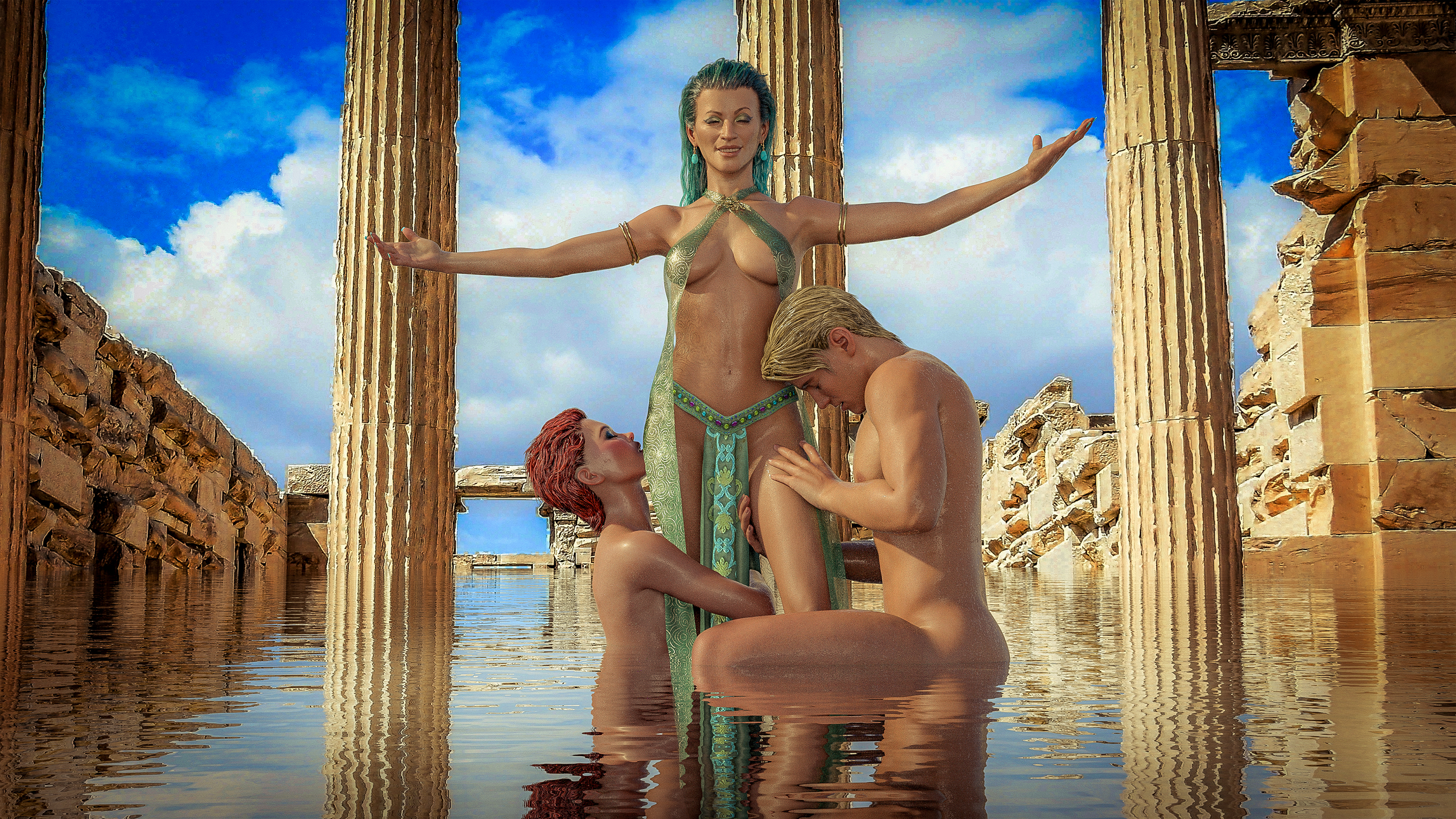 According to the Dhoshmoran, the universe was created by River and Eden during the latter days of their own collapsing reality (called “The Broken Before” in the dwarven epics). There are no tales of either sister’s life before this moment, and no hints of them ever having been children, perhaps owing to the fact the mythology surrounding them is highly sexualized. From the first, they are depicted as nubile, infinitely desirable adults.

In the story of “The Sisters and the Simulation,” we learn that the entirety of existence is in fact part of a computer simulation created by the two sisters—perhaps aboard an interstellar craft of some sort—and they are themselves having a debate even now about whether they are also living in a simulation.

River has taken many lovers over the eons, but two are particularly notable. The first is the swineherd from the story “The Myth of Mother’s Rock” and the second is Roway: The Crowned Jester.

In both cases, jilted by the mortals upon whom she’d bestowed so much favor, River’s legendary anger would reshape the world. The story of her encounter with the swineherd would inspire the creation of The Old Faith. And the story of River’s romance with Roway? That would end with the first (but certainly not the last) reboot of reality. 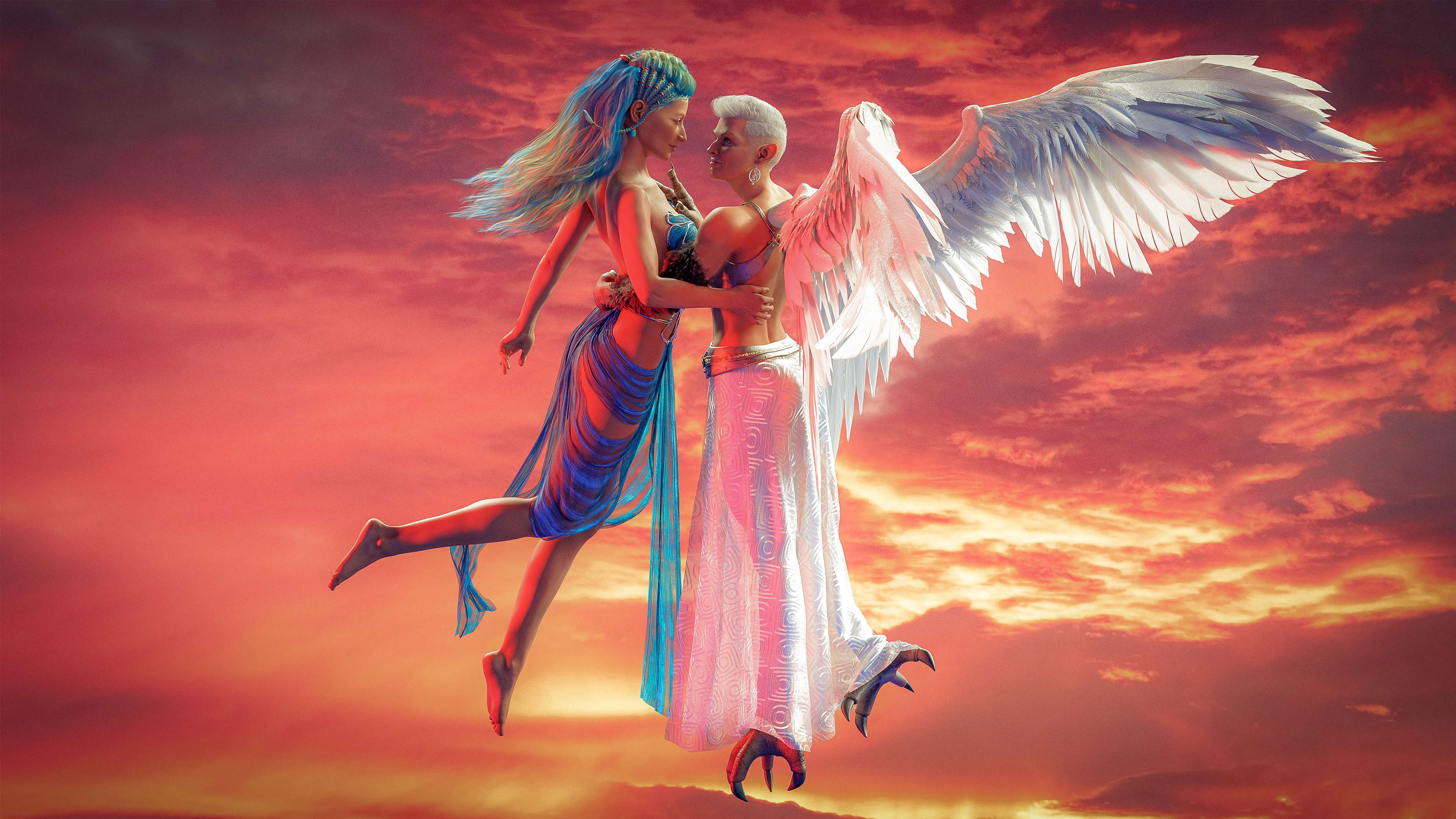 Roway Freewings lived on the planet of Pinion in the Dwarven System, a place within flying distance of the dwarven homeworld of Thün Büldar and the magnificent Mother’s Rock—where it was said, by Dhoshmoran literalists, one could visit with the goddesses.

The potent beauty of winged Roway was too much for River to resist and one day she invited the young woman into the cave atop Mother’s Rock and struck up a romance.

But it was not meant to last. Roway was driven by biology to migrate, to keep moving along The Great Wind, and a jealous River eventually sealed herself away from the latest lover to spurn her. And that might’ve been the end of it, had mischievous Roway not decided to unstick herself in time and prevent the meet-cute between herself and River.

That act, that defiance of River’s plan for the universe, was enough for the goddess to unleash the universe’s very first Calamity—and to break her poor, immortal heart.