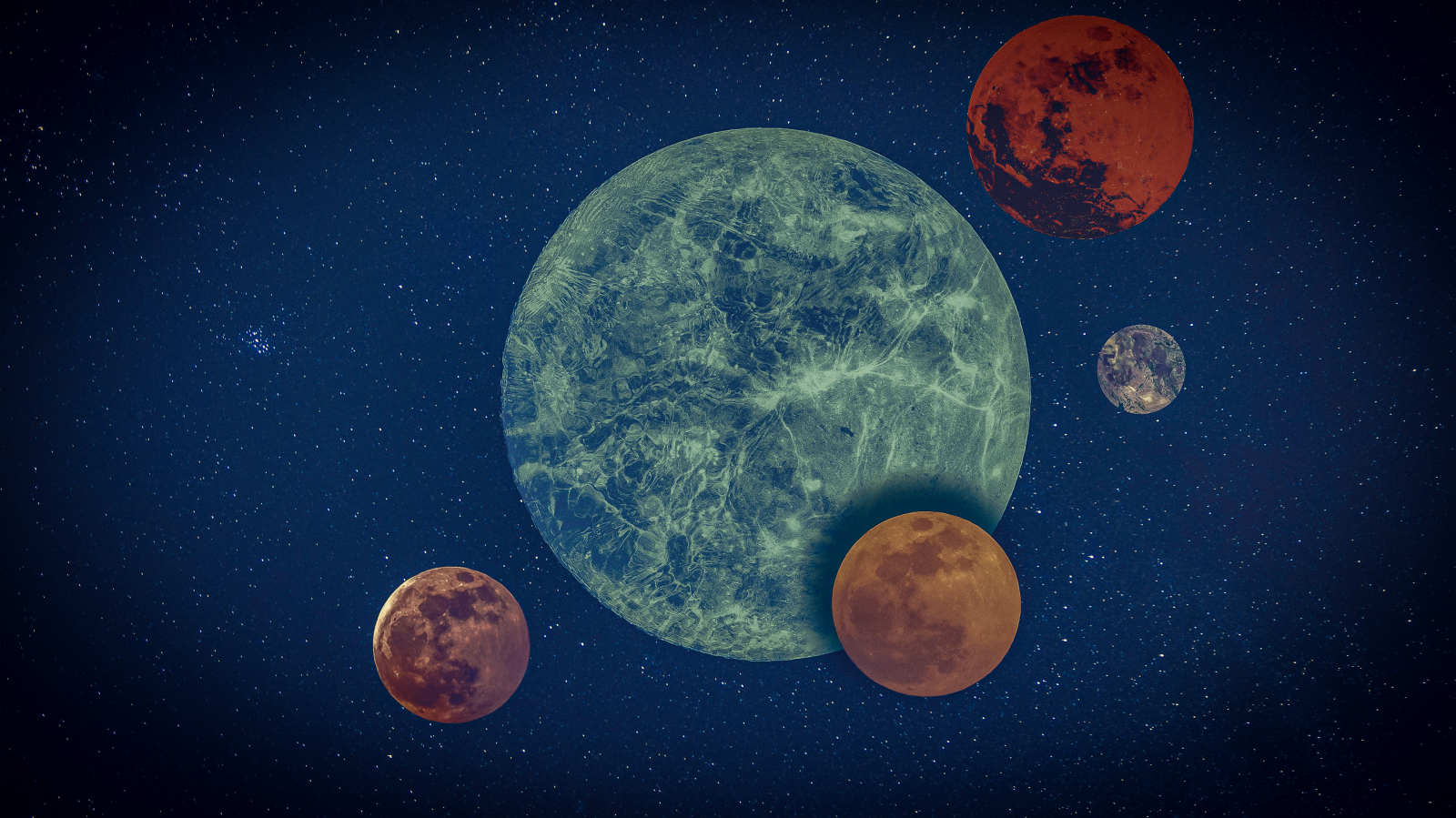 The Festival of the Five Moons

The Festival of the Five Moons is the holiest day on the Kíndallan calendar. It celebrates the beginning of a new year, which Kíndallans on Gadalla marked as the day on which their planet’s five natural satellites finally aligned in the night sky—after a year of warring with each other in the heavens above.

In the post-Calamity world of Eden, this Festival holds the distinction of being the only such celebration which can be observed just as it was before the apocalypse. This is because, out of all the astronomical phenomena in the universe, The River Without End decided to spare only the Earth’s Sun and Gadalla’s five moons when it crunched all of existence into a single point of infinite density.

Fittingly for a planet full of shapeshifters, the night sky above Gadalla was an ever-shifting thing. There was only one night per year when the five moons could be seen standing together in the sky overhead. And early kíndallans saw this as an evening of great significance.

The chieftains of warring tribes across the planet met on a neutral plains and decided that no fighting would take place on the day in question, nor for the four days and nights which followed. There would also be no changing of form for these five days, as a way of discouraging subterfuge. Eventually, as a one-world Kíndallan society began to emerge, the once-solemn ritual evolved into a joyous celebration of all that the planet’s people had achieved in the last year.

The modern celebration differs from the ancient tradition of silent reflection is many ways, but there are two key elements to any true Kíndallan five-moon feast: one for adults and one for children.

Adults celebrate each night of the festival by bedding a person they’ve never slept with before. This leads, of course, to Kíndallans “saving” some of their potential hook-ups throughout the year—which in turn leads to a certain wondering over whether the person you’ve been flirting with for months, but who never makes the final move, is saving you for a special occasion.

Kíndallan children, on the other hand, celebrate each night with an exchange of gifts. A Kíndallan child is given a gift by each of their many parents, and each child is expected to make a gift on their own for any sibling they have met—a tradition which is meant, over time, to prepare them for the making of gifts for their own children. 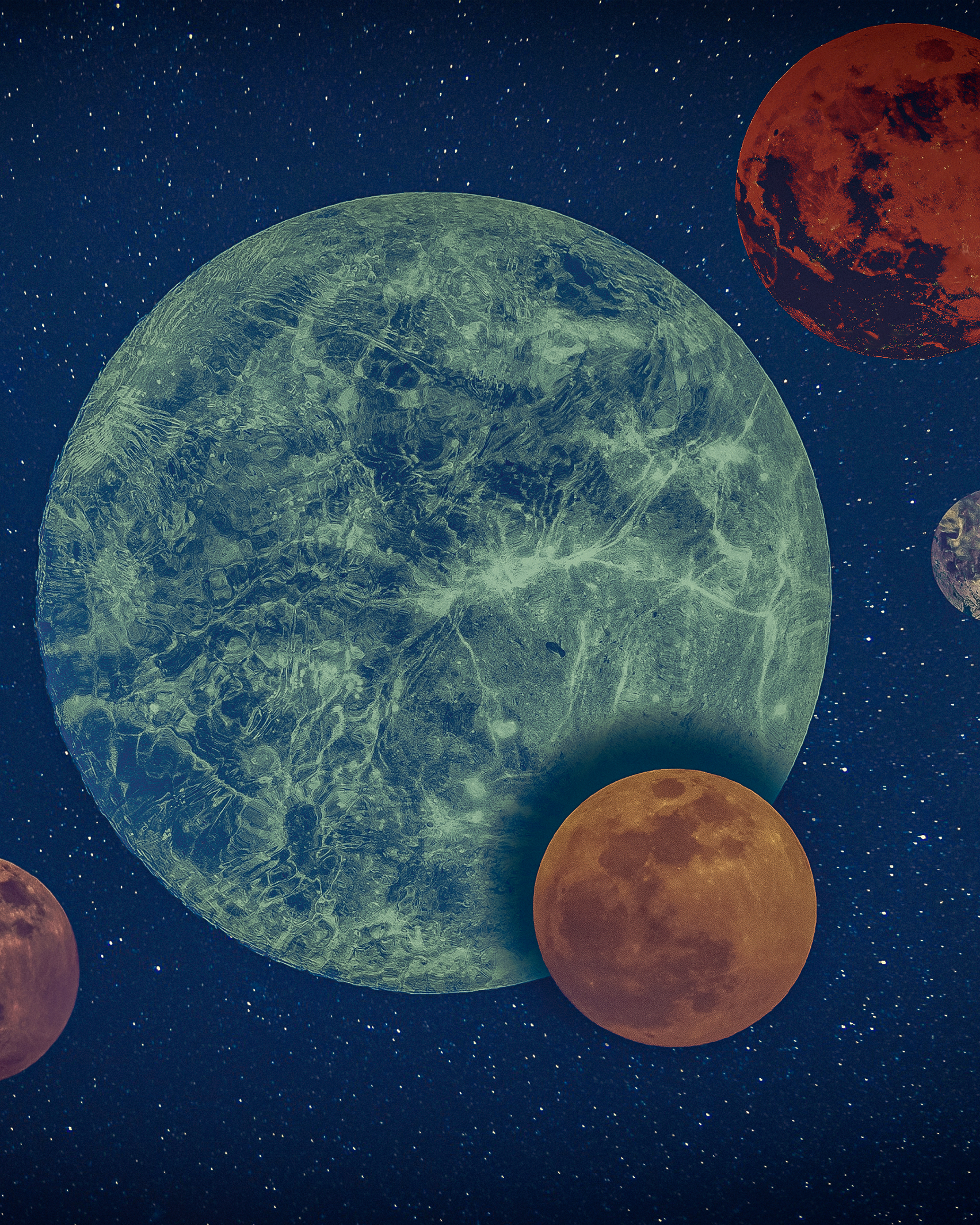 Answering: "a festival associated with a celestial body"
Visit eccbooks's Competition Page Check all other answers to this prompt Competition Homepage

oh, the traditions are...interesting to say the least. But I think I like them, so great job :P

Thanks! The Kíndallans were the villains in an old comic book of mine, so it's been interesting to see what makes them tick over the last couple of big challenges (last year's Summer Camp, World Ember, and now this).

Interesting traditions, particularly the bedding one. XD I bet seeing all five moons in the sky is beautiful.

Yeah, that's what I imagine. I'd like to do an art piece some day depicting it. The one I did here was done in a bit of a rush, and it doesn't show anyone's reactions to it.