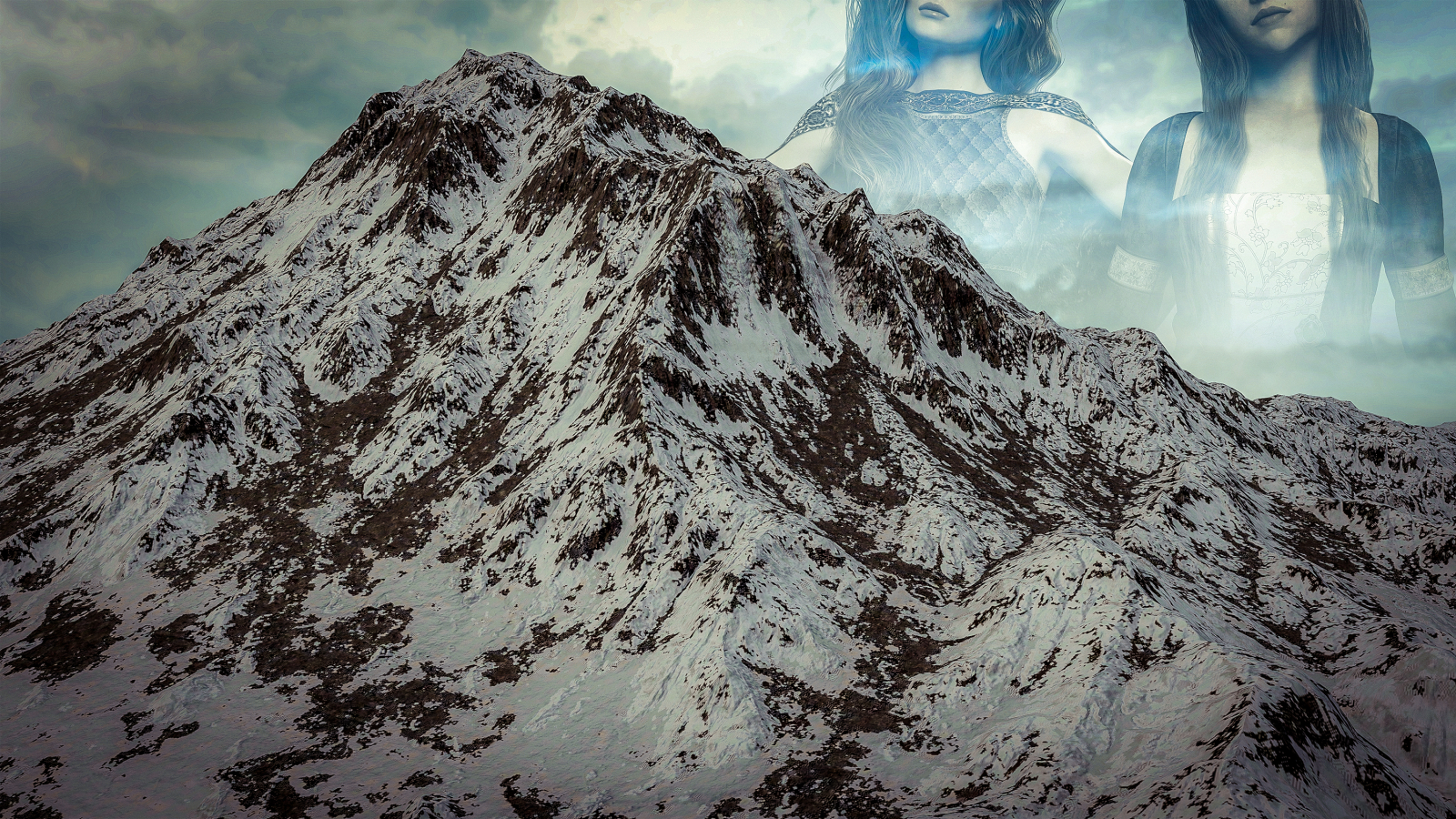 The Myth of Mother’s Rock

“The Myth of Mother’s Rock” is a popular legend in dwarven society. Sometimes called “The Swineherd and the Book Nerd,” it centers around a pig farmer, his studious brother, and a pair of sisters purported to be the creators of the universe.

Two brothers, one a swineherd and the other scholar, set out to do something no dwarf has ever done: climb to the summit of Mother’s Rock—the tallest mountain in the land. The scholar believes he has charted a course that will take them safely to the top, and the swineherd believes that his salt-cured pork belly is exactly the kind of sustenence they’ll need to get them through the journey. So, with one backpack full of climbing gear and the other full of dwarven bacon, the two brothers begin their quest.

The first fortnight is an uneventful slog to The Shelf, a small plateau at around 17,000 feet—which is the highest most folks ever climb. And here they make the first of two good decisions which will bring them to the top. Unlike every dwarf before them who has tried to climb higher, they wait. The scholar has read a theory that the reason others have failed is that they haven’t given themselves enough time to adjust to the Mother’s embrace. “The air is thinner up here,” says the scholar. “Our lungs need time to adjust.”

And so, for two weeks, they wait. They feast on the swineherd’s bacon until they can stomach it no more, then use it as bait to lure larger feasts into traps designed by the scholar. And only when they can run laps around the perimeter of the plateau without losing their breath—only then do they continue on.

The second of their good decisions comes a day later, when they are forced to choose between a steeper path (which might get them higher faster) or a continuation of the trail they have already blazed. The scholar, anxious to get to the top and claim a bit of glory for himself, wants to take the steeper, quicker path. But his brother preaches patience. The pig farmer tells his brother that one must never slaughter a swine before its time. And so, they take the slower route.

Two days after that, from a distance, they watch an avalanche wipe the steeper path off the map.

The brothers hold each other close, tears in their beards by the time they part. And they pray that there will be no more decisions to make. They know the rule of three, after all. They know that the third time is the charm… or the curse, as the case may be.

But there is in fact one decision yet to be made, and it will be a most fateful one indeed.

Two weeks after their departure from The Shelf, the brothers reach the summit of Mother’s Rock. They weep with joy beneath their balaclavas. They wipe away snow and etch their names into the rock. The scholar sketches the scene on a scroll of parchment. And then they both leap with fright at the sound of applause echoing out from behind them.

Two women, taller by far than any they have ever seen, stand at the entrance to a cave. And after apologizing for giving the brothers a fright, the women invite the two men into their home to warm themselves by the fire.

By the roaring flames of an ornate hearth, the women fill the brothers’ empty bellies. In the waters of a hot spring, they bathe the brothers’ weary bodies. And that night, in beds as soft as clouds, the women offer themselves as tribute to the conquering heroes.

But the next morning, there is a decision to be made. ”If you stay here with us,” one woman tells the brothers, “we will share with you the secrets of all creation. For all of this, everything you see—from the stars in the sky to the earth beneath your feet—is of our design.”

“But if you leave,” says the other woman, ”you will never find this place again. None of your kind will.”

“And they will die,” says the second woman. “And always and forever, their blood will be on your hands.”

The women leave the two brothers alone by the entrance to the cave, leave them to their own devices to make their third and final decision. And just as the women had known they would, the brothers quarrel.

The scholar wants to stay, of course. There is nothing left for him in the foothills. He has read every book there is to find, asked questions of every learned person there is to ask. Only here, with these women, can he learn more.

But his brother, his brother has pigs to feed. Pigs to feed, and a wife to find, and children to fill a home with. And so, after much arguing back and forth, the brothers agree to part ways.

And yet, when they give their decision to the women in the cave and prepare to take their leave of each other, one of the women gives a derisive laugh in reply. “It’s both of you,” she says, ”or neither.”

“Sister,” pleads the second woman, revealing for the first time the nature of their relationship to one another. “You’re being unfair.”

“The smart one fancies you,” says the first woman, pointing. “He’ll have nothing to do with me once his brother’s gone. I see the resentment in his eyes already. And I’ll not live in the life of a maid while you parade your love about this place and rub it in my face!”

The brothers look upon each other again, each determined to get his way. But when the swineherd makes his way toward the exit, the scholar tackles him from behind. They wrestle in the snow outside the cave, wrestle for a good long while. And when finally the scholar has subdued his brother and is ready to drag him back into the cave to make him stay—only then does he realize what has happened.

The door to the cave is gone.

But his brother does not answer—cannot answer. For the scholar’s brother—the swineherd—is dead.

The scholar, alone and forelorn, sits upon the summit of Mother’s Rock and stares at the place where the cave had been. He sits and stares and shivers—shivers until there is nothing left of him but the twitching of his muscles against the cold, not even the memory of why he started staring in the first place. And legend tells us that he is sitting there still, still shivering somewhere beneath one snow drift or another, in front of that place no man was meant to find—but that men have meant to find again for thousands of years. 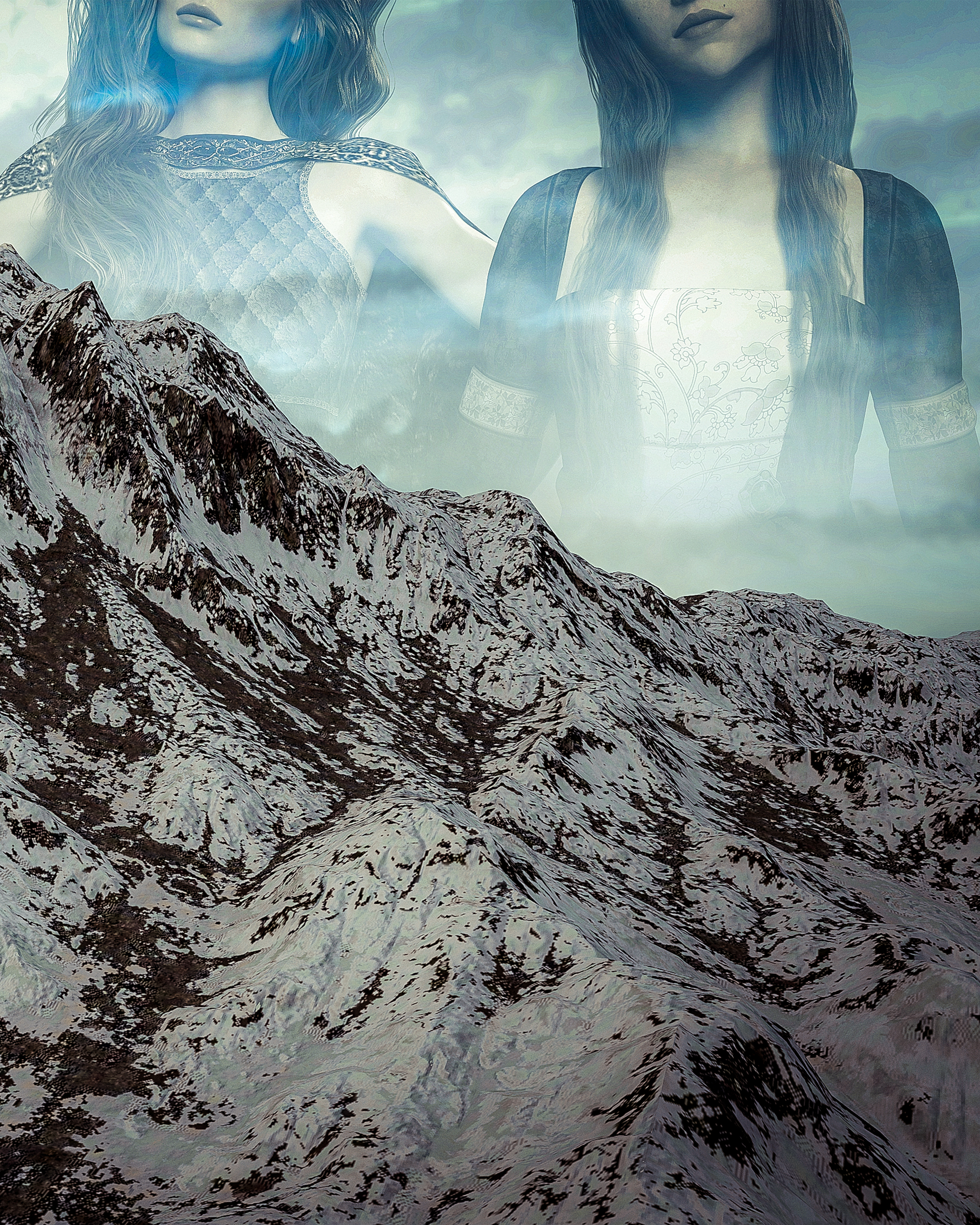 Answering: "a myth or fairytale about a prophecy, oracle, fortune-telling or other revelation"
Visit eccbooks's Competition Page Check all other answers to this prompt Competition Homepage

I- I thought this was going to be funny....not subtly horrifying. Wow. That's amazing... and brutal...Wonderful job :)

Yeah, that's me for you! You never know if you're getting comedy, horror, or a bit of both!

Well that's much sadder than I thought it was going to be. :(   (Also, dwarven bacon.)

Also, wonderful job with the myth!

Thanks so much! Yes, couldn't resist getting the dwarven bacon in there.   As for the sadness, I agree: it much sadder than I anticipated. It hints at a whole other level of my mythology (the two women they find) that I've just started fiddling around with.