The Seven Wives of Silver

Cape Cod, Massachusetts, 19th Century. Silas Silver is desperate to have children and fulfill his mother’s dying wish. But after being ripped from his forbidden love and tossed into the Civil War, he comes to dread the loveless task. And as each one of his young wives suffers an untimely death, he suspects his bloodline is cursed.

Bounty hunter Sarah is a skilled gunslinger with a troubled mind. But her fears about her brother’s violent streak compel her to cut short her sharpshooting career in the untamed West. Returning home, Sarah is shocked to discover the time-defying truth of what goes on behind the dark homestead doors.

Torn between helping him and stopping him, a sister’s love for her brother may end up dooming their family name. With their future heritage in danger, can Silas and Sarah leave their destructive pasts and forge a new destiny?

The Seven Wives of Silver is a riveting LGBT Western with a touch of horror. If you like gripping family dramas, scandalous sex, and unexpected twists and turns, then you’ll love E. Christopher Clark’s sensational adventure.

Read The Seven Wives of Silver to expose the wicked secrets today!


An excerpt from The Seven Wives of Silver

You wake to the wailing of your mother, the cacophony of her latter days stirring you from the deepest slumber of your life. You reach across your bed to take your brother’s hand in your own, to give him the courage he needs these days to open his eyes, but he’s gone.

Fine then, you think. Here’s a chance to take care of yourself, for once. You reach between your legs, to that place where his absence is most obvious, and you rest your warm hand there to wish the soreness away, But it’s then, right at that moment, that you hear the first gunshot.

And then the second, and the third. And so on.

They’re coming from outside, you realize, as you burst from your bed and then through the door. But that doesn’t slow you down. He may not be putting your mother out of her misery just yet, but chances are that Silas is still up to no good.

“You’re indecent,” is all he says to you as bound out onto the back lawn in nothing but the clothes God gave you.

It’s dark but for the half-moon overhead and the curtains of stars that moon is peeking out from behind. The hedgerow between you and your only neighbor is high and the beach to the other side is vacant but for the gulls that call it home.

“What will Old Man Brown say?” asks your brother as he reloads the pistol.

“If he can see over the shrubbery,” you say, “I’m sure he’s too busy attending to himself to have words for us.”

Silas smiles as he hands you the pistol. “You are no Tamson,” he says, shaking his head.

“I know,” you say, taking the gun from him. “I shared our cousin’s bed more often than you did.”

He says nothing for a moment and you can’t read his face in the dark.

“I’m sorry,” you say, and you are. Tamson is a sore spot for Silas and you shouldn’t have poked him there.

High above the two of you, your mother screams the name of Silas. But whether she’s calling for your brother or your long-dead father, you can’t be sure.

You take aim and fire and glass shatters across the way. You aim and fire, aim and fire. And when your bullets are spent, you hand the gun back to your brother and he tells you again that you’re a natural—better than he’s ever been.

“If only you’d had me at Secessionville,” you tell him.

“I wouldn’t have been the only one to have you,” he says. “You may be a great shot, but soldiers are soldiers. Men are men.”

He smiles, but you don’t. You know all too well that men are men, even brothers. Even brothers whose faces are buried in books when they aren’t buried between your thighs. Hadn’t you said no, last night? Hadn’t you said it again and again, that you were done, that you couldn’t do this anymore? And hadn’t he used your embrace as you wiped away his tears about your mother—hadn’t he used that as his excuse to turn no into maybe, maybe into yes, fine, okay, but be quick?

He hands you the gun again, having reloaded it once more. And this is when he tells you that he thought to bring the pistol upstairs, to put your mother out of her misery. Or, if not the gun, a knife. If not the knife, then a pillow.

“All because she’s begged you to have a child?”

He asks you to hold your fire while he stalks across the lawn to reset the targets. And you do hold the gun at your side until his back is turned. But then you raise it—you raise the gun and point it straight at him. And you wonder if you should do it. You are a woman, after all. It’d be chalked up to an accident. And this is not the same boy that you, your mother, and your sisters sent off to war. Is he joking about what he’d do to your mother if courage finally found him? Maybe, but maybe not.

There are voices on the wind again, or maybe just in your head. Do it, they whisper. Do it. You count six of them this time, though you don’t check behind you to make sure. Where is the seventh, you wonder. But then, there she is: begging for mercy. Begging for Silas, as she always does.[br/]Above you, another scream rends the air. And so, you shush the voices that follow you these days and you lower the gun. Because right now—right now, you understand.

As he steps out of the darkness, tears in his eyes, you see the boy you helped raise. You see him and you forgive him, even if you shouldn’t.

Even though you know, in your heart—in every bone in your body—that you should not. You. Should. Not. 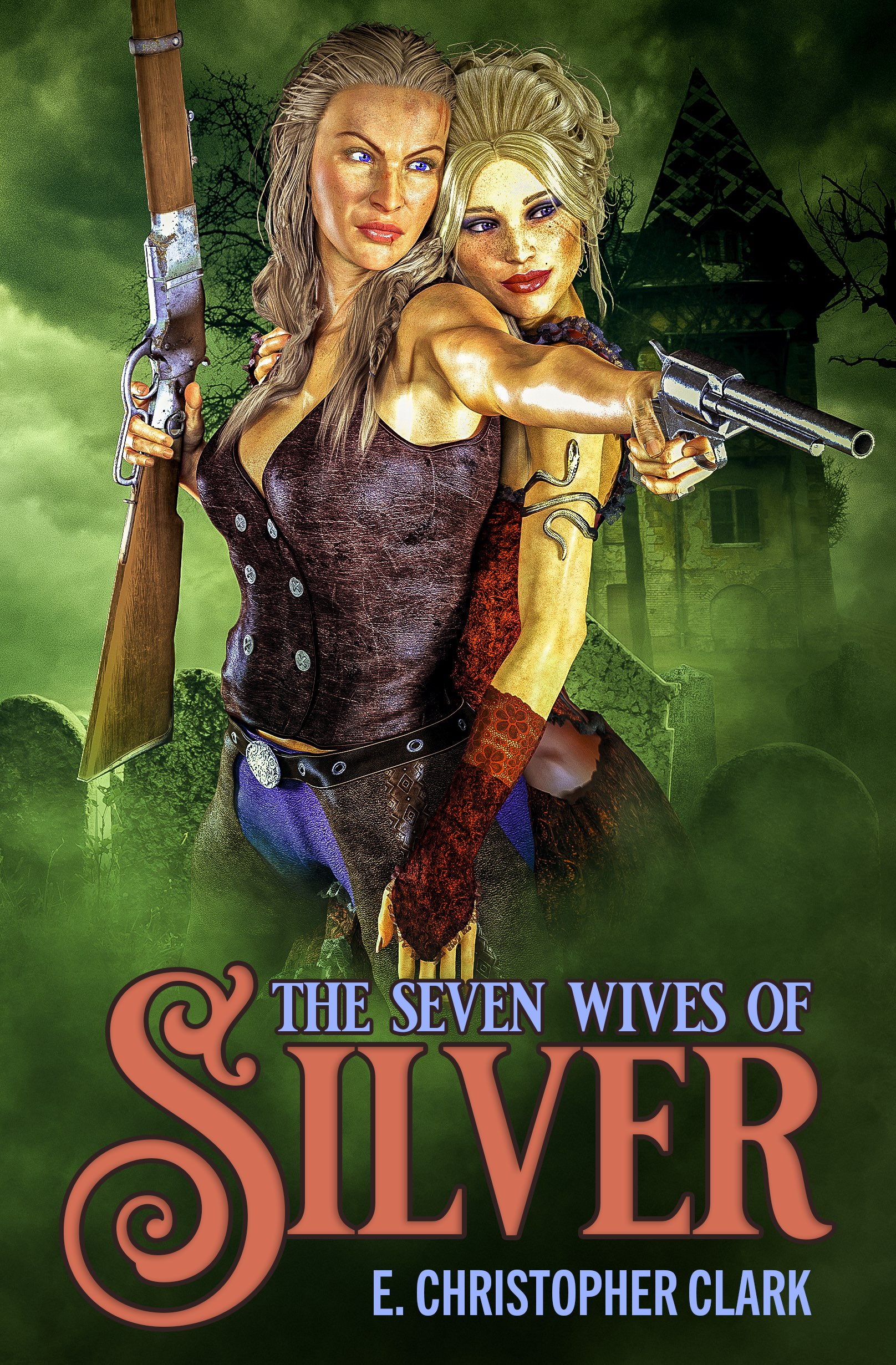