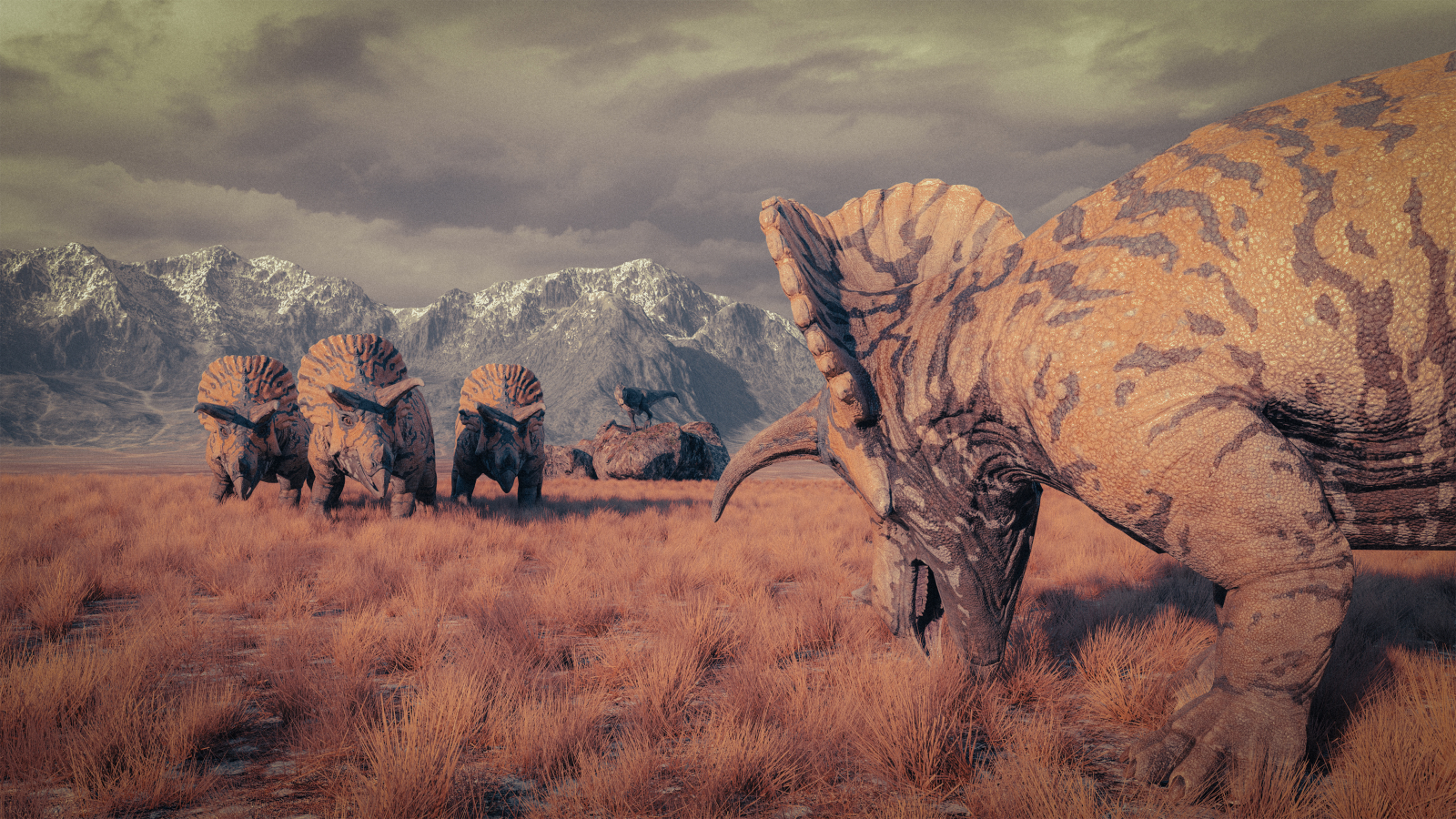 The Vale of Thunder is a wide, deep valley in the Melancholy Mountains that is home to all of Eden’s extant dinosaur species. Nestled between the enormous Mother’s Rock in the northwest and a range of lesser peaks in the southeast, this tropical preserve is a place steeped in myth, legend, and supersition.

These tall tales include the widely held belief that The Democratic Republic of the Reek artificially deepened the valley to keep its ancient inhabitants all to themselves; the conspiracy theory that the Reekian military is training a dinosaur cavalry with which they plan to invade the rest of Eden; and the legend that, in order for The Harvest of the Voices to ever succeed, a trio of tyrannosauri must be taught to sing in three-part harmony.

The Truth Behind the Tales

The Deepening of the Valley

The most persistent myth of them all is one which began in the neighboring country of Nunya and spread like wildfire across the rest of Eden. As the story goes, Reekian scientists devised a way to deepen the valley to such an extent that no one outside of their technologically advanced society could reach it. And though Republic officials refuse to comment on these claims, the constant presence of the Reekian Air Force in the skies above the Melancholy Mountains is seen by many as proof that the claims against the Reek are true.

In fact, though the valley has gotten deeper over time, it is not the Reekians who are responsible. It is the halflings, custodians of Eden during the periods between Interregnums, who came up with the idea.

As the only sapient beings aware of just how tragically wrong a dinosaur escape can go—they’ve lived through and remember 668 Interregnums, after all—they try to make it that much harder for such an event to happen the next time the universe collapses and refugees from across time and space arrive again in their sacred (and secret) garden.

The idea of the Reek establishing a dinosaur-based cavalry is founded in reality, as Reekian soldiers do patrol the borders of the Vale on the backs of triceratops. But the notion of the Republic using this small force to mount a full-scale invasion of the rest of Eden is ludicrous.

And given that the rumor first sprung from the twisted mind of The Mad Hatter, you would think such a fabrication would never have taken hold. But people do believe the strangest things down there in the lands of The United Kingdom of Wonderland, so there you go.

The continued failure of the Harvest of the Voices in the Eden-668 Interregnum has given rise to countless yarns, and one of the most persistent among the children of Eden is that it will take the voices of a group of tyrannosauri to finally restart reality.

Though the origins of this story are lost to history, it’s understandable why it’s grabbed hold of the imaginations of kids the world over. The idea that something as silly as singing dinosaurs are all that’s kept the world from getting back to normal—that’s far easier to accept than the uncomfortable reality that someone (or something) is disappearing seven children every year, all in an attempt to keep what’s left of existence trapped in the purgatory of Eden. 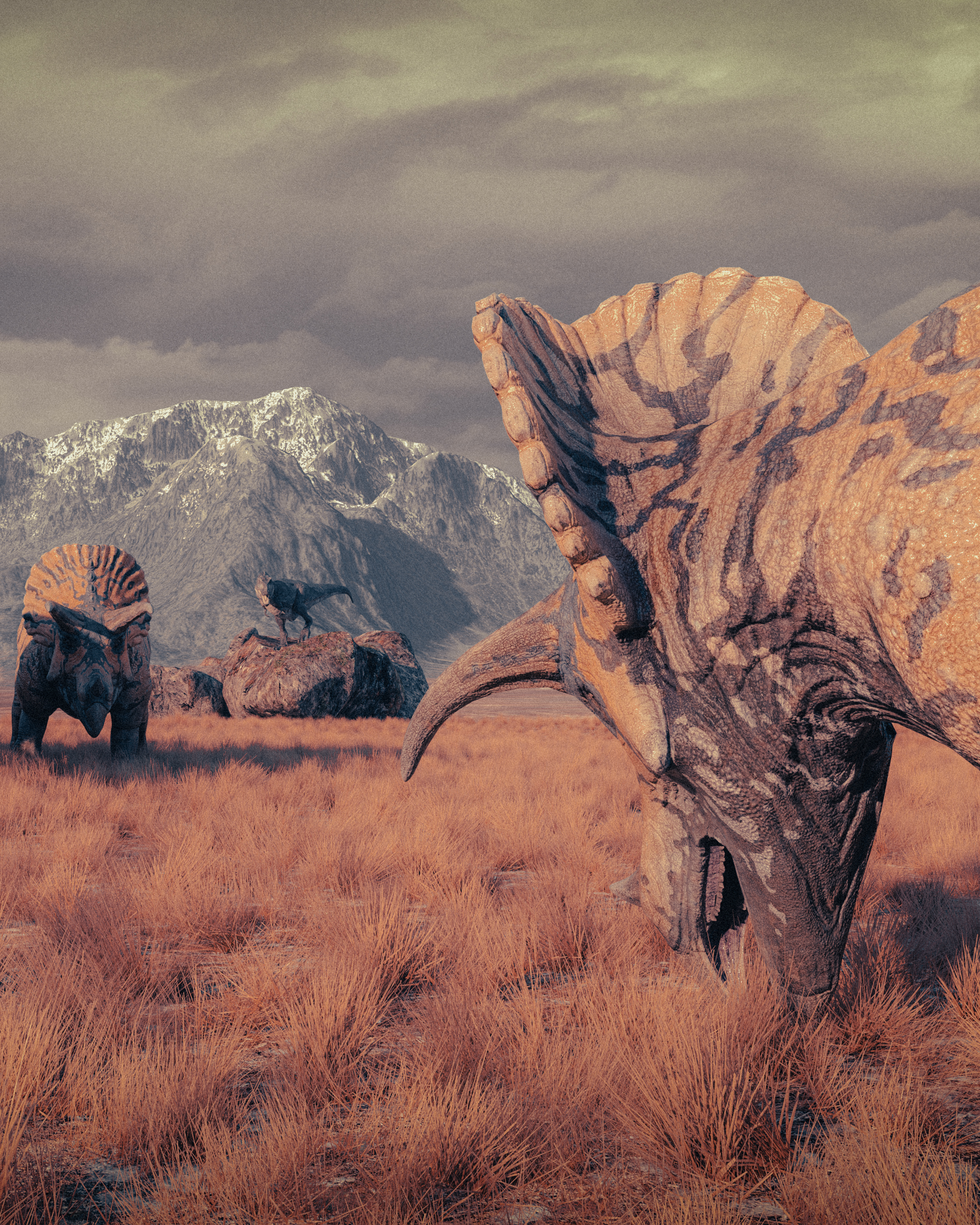 Answering: "an area or geographical landmark wrapped in myth, legend or superstition"
Visit eccbooks's Competition Page Check all other answers to this prompt Competition Homepage

Ok, you do that really well. Make the article really interesting and slightly leaning towards funny until the last second where it makes a 90 degree turn into chilling. Gosh. Wonderful Job :)

Thanks so much! Yeah, my tones kinda go back and forth between the two. I've been happy to find a bit more of a balance between them in recent years.

Yay! I may have to see what I can cook up there.   That line was inspired by Neil Gaiman’s Fortunately, the Milk, a children’s book featuring a time-traveling stegosaurus and dinosaur space police.