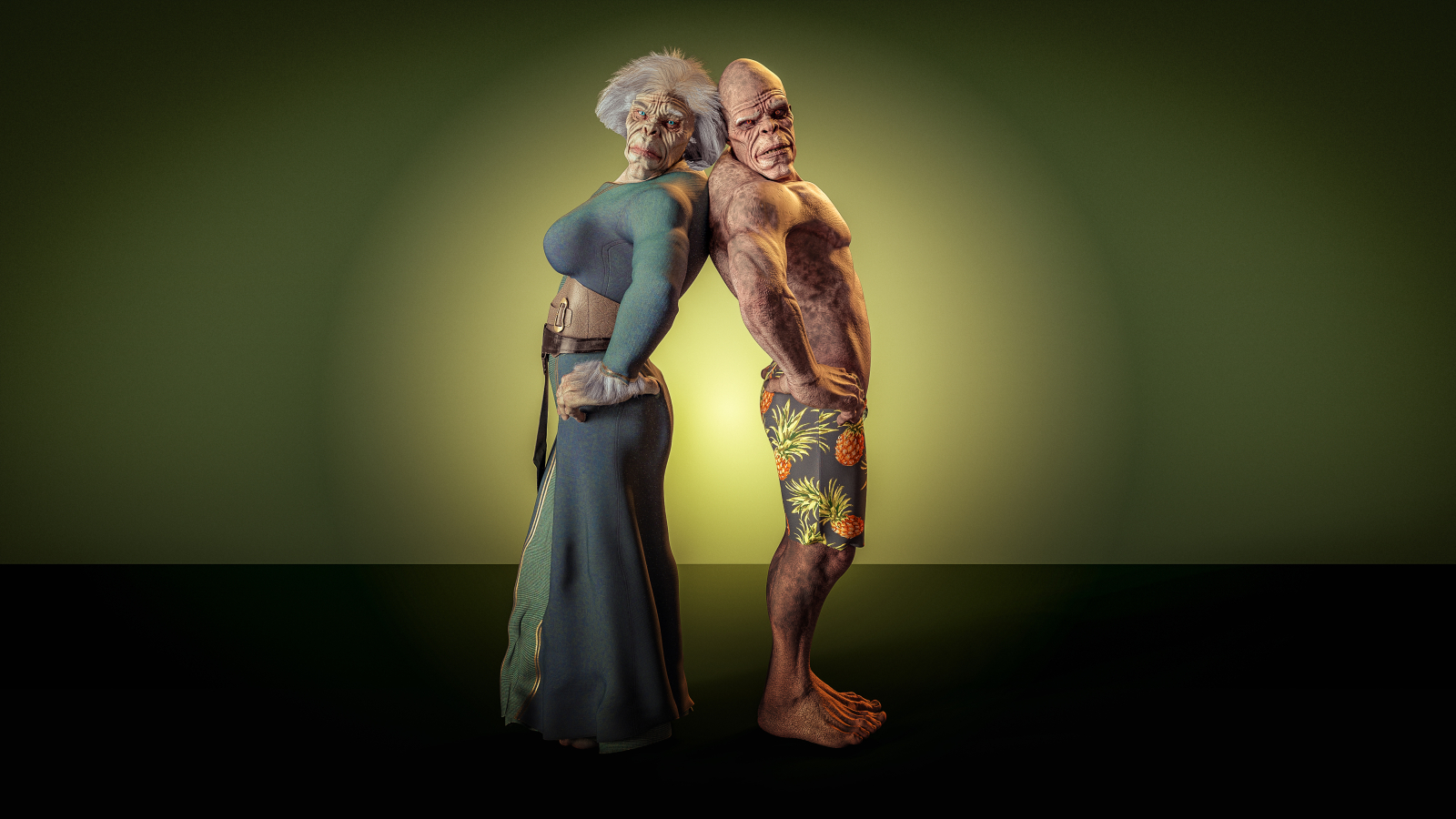 Yeti are a sapient species of hairy, oversized humanoids in the Clarkwoods Literary Universe. Hailing from planets unknown, they arrive in Eden at the start of each Interregnum and quickly split themselves in two factions: the Petty Yeti, who insist on a more traditional life in the frigid Nunyan Wastes; and the Sweaty Yeti, who shave their bodies bare and race for the more tropical environments of the south.

Though many are surprised to hear it, the resourceful, adapatable yeti thrive just as easily on the beach as they do in the frozen north. Like the great Frank Cushman in Jerry Maguire, they’ll either surf or ski. They don’t care much which.

Yeti are bipedal ape-like creatures with tough skin and a thick coat of fur. Though their limbs are somewhat longer and more muscled than those of their human counterparts—and their facial features skewed towards a more “squished” appearance—yeti who shave regularly could almost be mistaken for “normal” people.

Except for their ominous eyes, which either icy blue or fiery red, and for their razor-sharp canine teeth, of course. Those’ll give a yeti away every time.

When it comes to reproduction, yeti have all the hallmarks of terrestrial placental mammals—leading some to believe they are somehow the genetically modified descendants of humans. Yeti give birth to live young, after carrying their fetuses to a relatively late stage of development inside of their well-appointed uteri.

The most surprising thing about yeti to those who aren’t yeti themselves is that the species is nearly as adaptable as humanity. Like human beings, yeti require oxygen to breathe, liquid water to drink, and a steady diet of both plants and protein to fill their bellies, but they otherwise aren’t that picky.

Unlike humans, however, yeti colonize new lands only after careful consideration of the pre-existing life in a newly proposed place of habitation. Gentle giants, most yeti regard their strength and power as a great responsibility—a genetic advantage not to be used for nefarious means.

Answering: "Α species that survives in an unlikely place"
Visit eccbooks's Competition Page Check all other answers to this prompt Competition Homepage