Amber Keahi is an exotic dancer of Hawaiian and Japanese descent who works on the island of O‘ahu. After being hired by Michael Silver to perform at a bachelor party in 2010, Amber became a faithful friend of the family—particularly of Michael’s wife Jenna, a dance instructor and choreographer, and his sister Ashley, a fellow stripper.

Together with Jenna and Carrie Armstrong, Amber posed for Michael’s tribute to the famous painting “The Temptresses.” She remains a regular model for his work and also poses regularly for students in Michael’s studio art classes at the University of Hawaii. 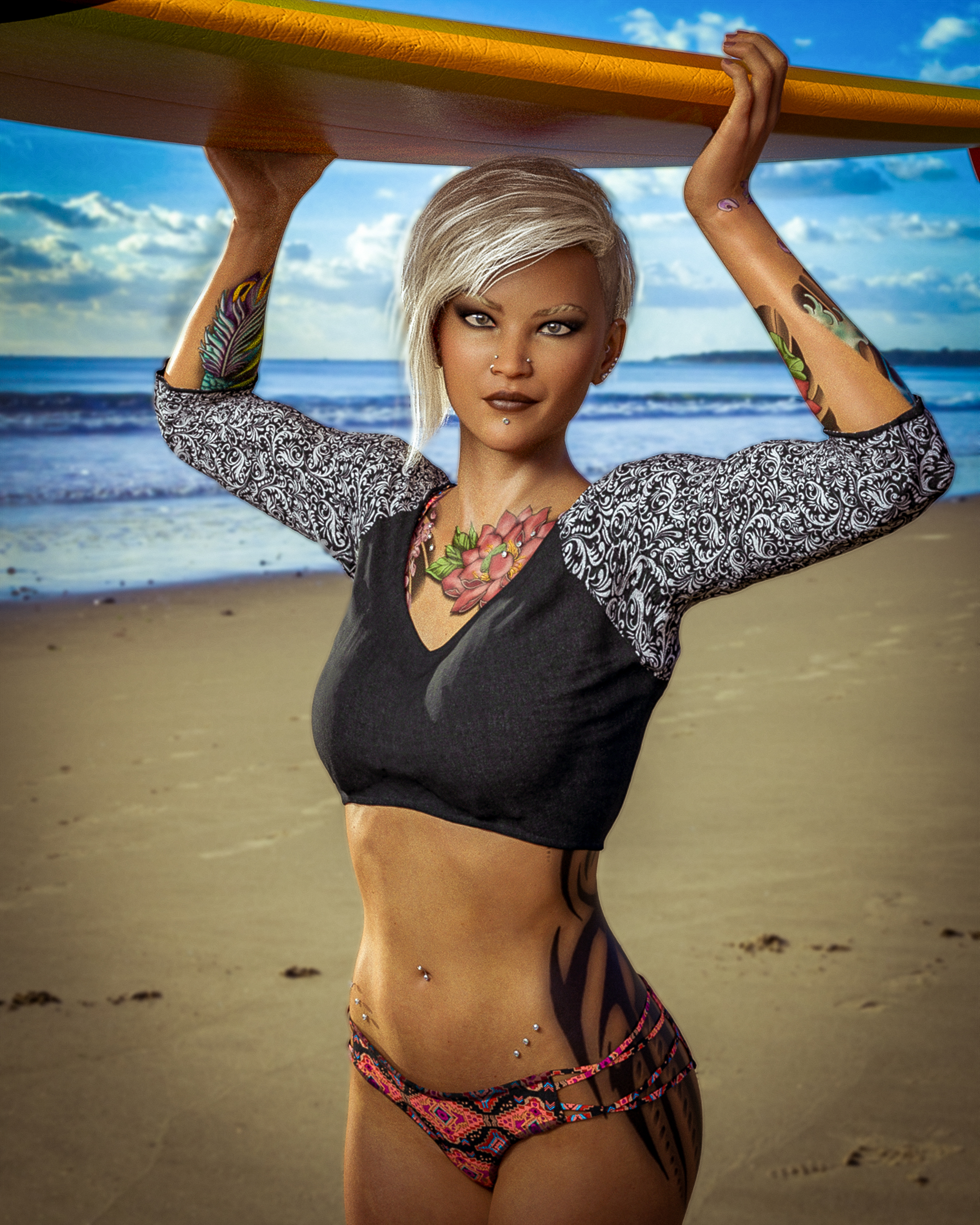