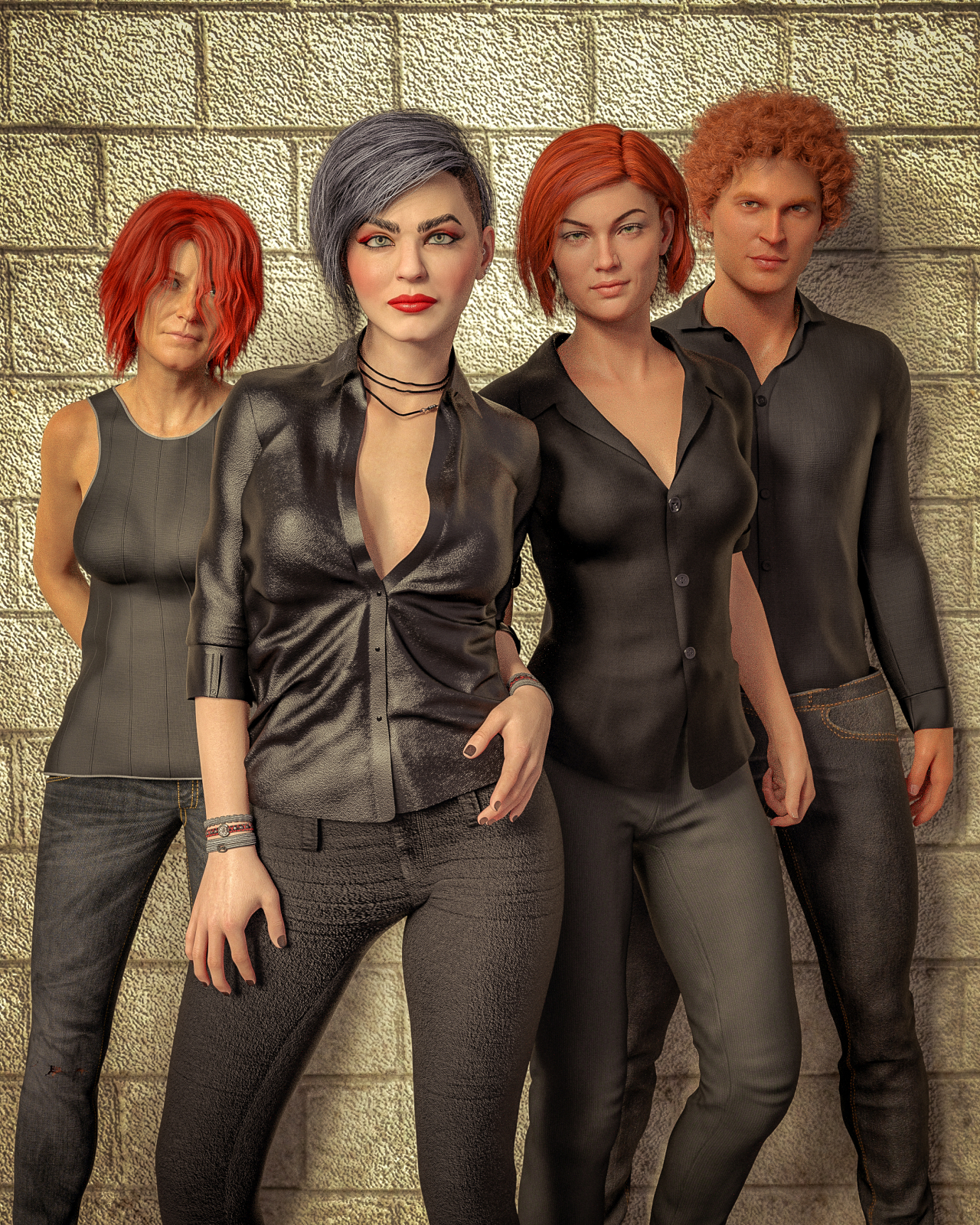 Robin and the Redheads

The band’s debut LP (1998’s Precious Whore) went platinum in United Kingdom, United States, and Australia, mostly off the success of the album’s title track and accompanying music video. But, though their follow-up (the cheekily titled Sophomore Slump) was well-received by critics on its debut in 2001, it failed to match the commercial success of its predecessor until the mysterious disappearance of the band’s lead singer following a 2003 concert in New Orleans, Louisiana.

Upon Gates’ return from presumed death in the autumn of 2005, the band reunited to record what would be their best album yet—and their last, it turned out: A Hand That Will Never Be a Fist. After Gates’ actual death in September 2006, the Redheads disbanded for good.

Robin Gates began writing the songs that would form the core of the Redheads’ debut while she was a member of the popular local band Gideon’s Bible, but she was one of three songwriters in that group’s initial incarnation and one of two (competing with her then-boyfriend Michael Silver) during Bible’s heyday. Able to out-write Silver in a single bound, but bound by their agreement to split the songwriting duties for Gideon’s Bible 50-50, Gates began squirreling away songs for a future side project.

When agents and record executives began knocking on the door of Gideon’s Bible, they tried to make it clear that it was Robin they were really after. But the insecure girl kept thinking these creepy older men were just being creepy by paying her more attention than the two dudes she played with, and the band kept putting them off or turning them down.

Gates met drummer Gabriel Cohen while attending Berklee College of Music in the late 1990s and quickly befriended the boy whose chops behind a kit were unparalleled in their circle. As was so often the case with Gates, intense respect turned to mutual admiration—which in turn turned to a series of hook-ups that would end not only Gates’ relationship with Michael Silver, but their band as well.

After a series of meetings at a Dunkin Donuts in Gates’ hometown of Chelmsford, Massachusetts, Gates was extricated from her former band and finally signed the record deal she’d been dreaming off since she was a kid. But, convinced she couldn’t do this on her own, she set out to create a new band to back her. And that’s how Robin and the Redheads came to be.

Named to poke fun at the hair-color preferences of Gates’ former boyfriend—and because Gates couldn’t deny her love for alliteration—Robin and the Redheads were founded by Gates and Cohen in mid-1998, with Donna Erikson and Sheila Chamberlain rounding out the lineup via open auditions that summer. In advance of their first album’s release, the group filmed a music video for the song “Precious Whore.” This short film centered around a love triangle between Gates, her real-life girlfriend Ashley Silver, and the supermodel Sylvia Welch (a Boston native). And it was this video’s then-groundbreaking focus on lesbian relationships, in addition to the bombast of the song itself, which skyrocketed the band to international acclaim. 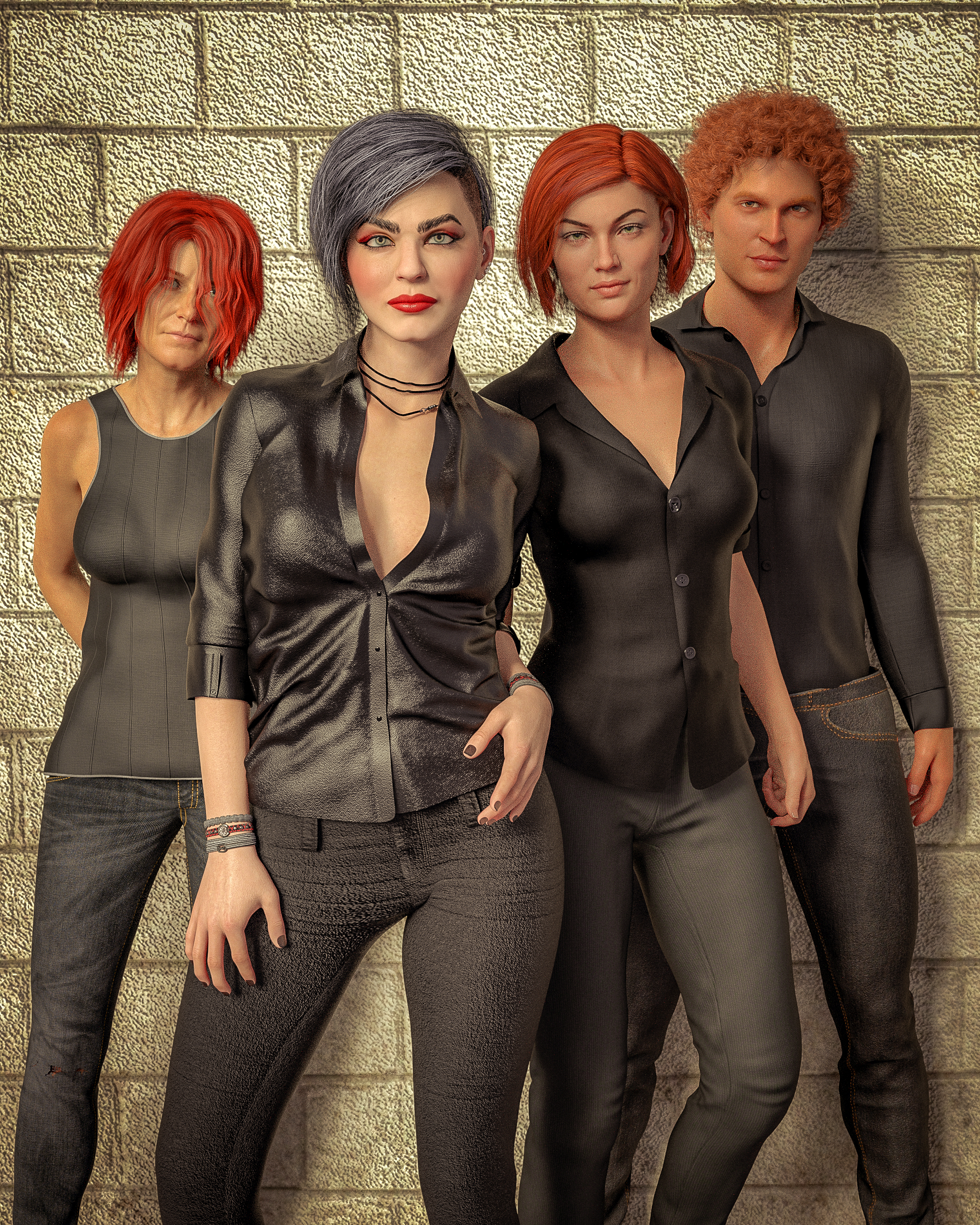 Competition Homepage
In response to the prompt Tell us about a famous entertainment group within your world!

This sounds like an interesting band! I like the bit about the second album doing better after Robin's "death". Very true to life.

Yeah, it was definitely a nod towards how that seems to always work out here in the real world.