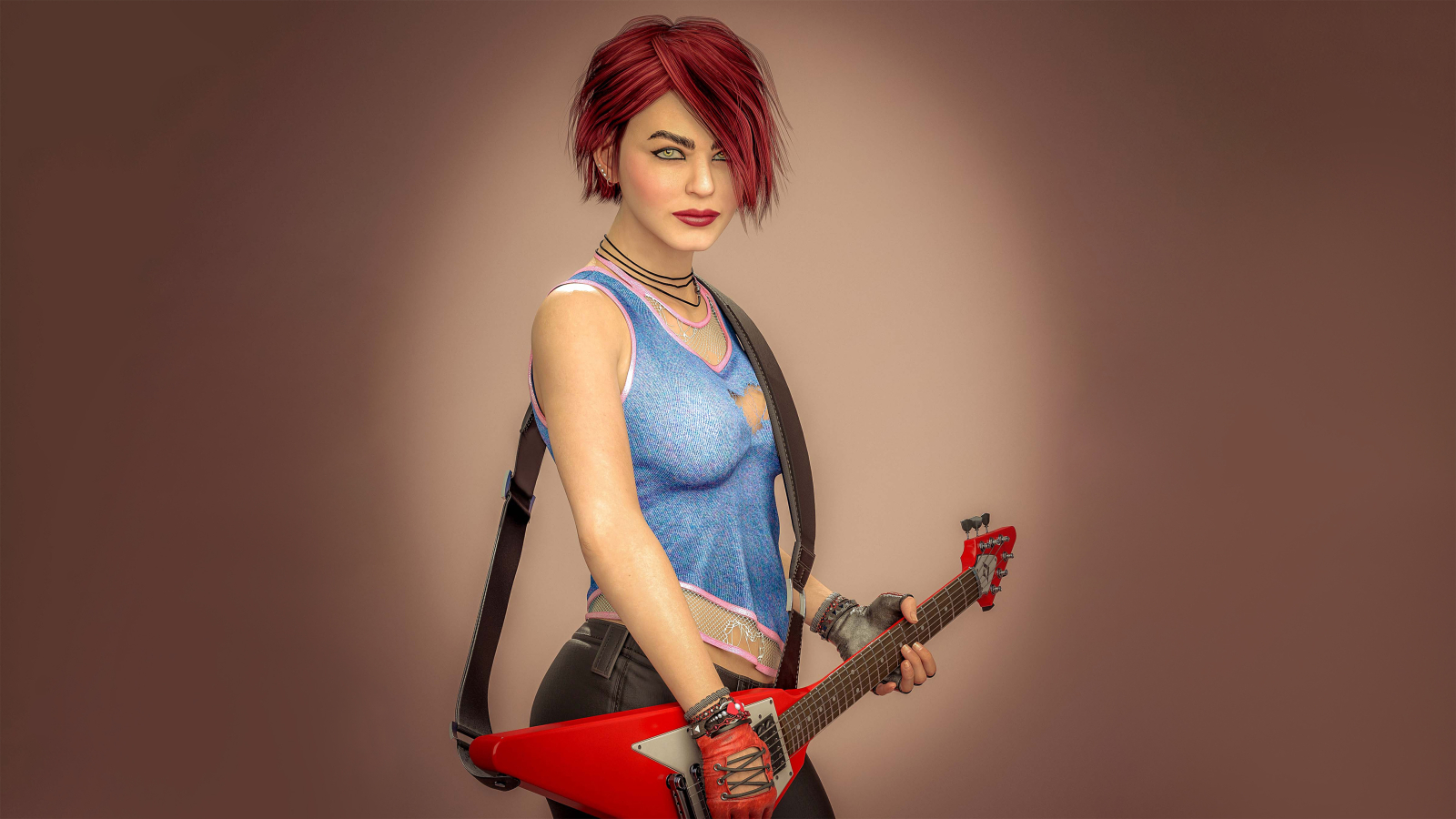 Robin Gates was an American singer, songwriter, and musician. As the lead vocalist for the alternative rock band Robin and the Redheads, she skyrocketed to international acclaim with albums like Precious Whore and A Hand That Will Never Be a Fist.

The eldest child and only daughter of Phil Gates and Angel Bautista, Robin grew up in a perpetually fractured and occasionally broken home. From an early age, music was the one sure thing in her life.

By 1990, though she was disgusted by the looks she got from the grown men who drank there, Robin was performing each night in the strange bar where her mother worked. And though it was a rough gig, the twelve year old saw it as a path to the rock and roll future she’d long dreamed of. But everything changed the night she found a newspaper in that place which shouldn’t have been there at all: a newspaper from 2006—a full sixteen years into the future.

A newspaper which contained Robin’s obituary.

The emotional story of Robin’s fight against that destiny is chronicled in The Chains of Desire.

In Chains, Robin is described as “petite,” with “a face like something out of an anime.” She’s said to have big eyes, a small nose, and “a bit of mischief in even her most innocent grin.” It’s noted that, in her hometown of Chelmsford, Massachusetts, this half-Filipino girl was “Asian enough to be exotic” but “American enough to pass muster with even the most xenophobic father” of a potential boyfriend.

Trouble for those fathers was: Robin was after their daughters, too. She liked girls just as much as boys, maybe even more.

Personality-wise, Robin was a flirty, fearful bundle of nerves. Though she often projected an aura of overconfidence, her day-to-day life was a fretful affair. She was shrewd and calculating in every aspect of her existence, from what she wore to the interests she copped to publicly (and those she absolutely did not). She wanted everyone she met to love her, and she wanted everything people remembered about her to be just so.

When things didn’t go according to plan, she was a mess. But Robin kept her breakdowns from just about everyone—even those she loved the most.

Robin was a candid woman, but not a particularly honest one. Candor has levels, after all, while most people see honesty as a black and white affair. And as far as Robin was concerned, different people needed to know different things at different times. That’s just the way the world worked.

Robin was born at the General Hospital in Lowell, Massachusetts on March 15, 1978. Her brother Adam was born a year later, and the two had a mostly uneventful childhood—the bombast of their parents love/hate relationship notwithstanding. Robin’s youthful lisp, which her father helped her overcome by reciting the Lord’s Prayer with her each night, was her one major obstacle.

When she was twelve, Robin’s parents divorced for the first time. And by the time February Break of 1990 came around, Robin’s mother was working at a new bar in North Chelmsford to make rent on her own place. Seeing Robin’s talent as a way to pull in additional income, her mom put the girl to work on the bar’s corner stage. And though Angel Bautista was well aware of the leering looks her daughter garnered while she played, the older woman saw this as a necessary evil.

It was during this February vacation, which she spent largely inside the bar, that Robin found the newspaper that would change her life.

It was dated September 29, 2006, a full sixteen years into the future, and it reported her obituary on the front page. And though her mother took the paper from Robin before she could read it, then tossed it into the fire for good measure, a search of the bar’s trash cans the next day turned up a single scrap which was spared from the flames. That scrap read:

Gates died just outside her apartment building in Cambridge, Massachusetts. She spent her final moments in the arms of Hannah Hamilton, the on-again off-again girlfriend who Gates called “the love of her life” and whose photo graced the cover of the singer’s final album “A Hand That Will Never Be a Fist.”

Stunned by this revelation, Robin took solace in the fact that she was going to fall in love before she died. And then, gradually, she came to believe that she’d dreamed up the whole thing. Her mother’s bar closed up shop, after all, and for a long while there was no strangeness in Robin’s life to speak of.

Over the next few years, she became the star of the town’s music program, the best friend of Ashley Silver, and an object of adoration for both guys and gals throughout their high school. In late 1994, she formed her first band with classmate David Johnson. And in January 1995, on her way to a Nine Inch Nails concert with David, she finally met the young man whose arrival in Robin’s world would mark the next turning point in her life.

Through a series of strange coincidences, Robin had never met her best friend’s reclusive brother Michael. But the sparks which flew between them were instantaneous and undeniable, and this led to both a whirlwind romance and to Michael joining the band Robin had just founded with David.

The love triangle between Robin, Michael, and David would be the driving force behind the early successes of their band. Gideon’s Bible, as they called themselves, would make a name for themselves not only in Chelmsford but throughout the Merrimack Valley—and eventually throughout the whole of Massachusetts. And the songs Robin penned about this tumultuous time, “Precious Whore” chief among them, would outlast the group itself.

As Gideon’s Bible began to fall apart, so too did Robin’s relationship with Michael. But that was all for the best, because Robin had been falling for her best friend the entire time. And once Robin and Michael broke up, Ashley Silver was finally willing to give a romantic relationship a try.

Robin and Ashley’s relationship had its share of ups and downs too, but the open polyamorous nature of it gave each young woman plenty of room to breathe. And that was a good thing, especially once Robin began touring with her new band (Robin and the Redheads) and Ashley began dancing at the local strip club. It was a very good thing, because it was the moniker which Ashley took as her stage name which cemented in Robin’s mind that this was the person she was meant to be with for the rest of her life.

On stage, you see, Ashley Silver became Hannah Hamilton—the woman destined to, in 2006, hold Robin Gates as she lay dying on a Cambridge street corner.

For a time, Robin and Ashley were joined in their relationship by the professional basketball player Ryan Manson. A few times, they broke up—once because Robin wouldn’t show Ashley the scrap of newsprint she’d saved since childhood, once because Robin caught Ash ransacking their apartment for the thing, and the third time because Robin finally told her girlfriend what the paper said. But each time they got back together.

Even after Robin walked into The Strumpet’s Sister in New Orleans in 2003 and wasn’t seen again for two years—even then, they got back together. Eventually.

That two-year disappearance, which followed the third breakup and a concert that night at the Louisiana Superdome, came at the hands of Ada Coffin—the barkeep at the time and an ancestor of Robin’s who had been murdered in 1844 by an ancestor of Ashley’s (who was Ada’s husband at the time). While Ada revealed the secret of their familial connection to Robin, years passed outside. But when Ada tried to convince Robin that she should hate the Silvers as much as Ada did, Robin chafed. And when Ada told Robin that the Silvers were going to do even more damage to the Gates family in the future, Robin decided she wasn’t going to sit there and accept fate. Instead, she ran off to try and stop the future.

She couldn’t, however. And soon enough, she learned of a series to tragic events which had happened while she was trapped in the bar. Her brother Adam had date-raped Ashley, and Ashley’s mother had beaten Adam with a baseball bat in retaliation—while Adam and Robin’s father just stood there and watched.

This slight would eventually lead Adam to kill his father, and then himself. And soon enough, Robin was the only person of Ada’s bloodline left alive. Panic-stricken that Ashley Silver would be the death of Robin too, Ada—still trapped inside the bar herself—conspired with a fan of Robin’s music to see that Ashley was killed. But the plan backfired, and the fan shot Robin dead instead.

That said, in the Clarkwoods Literary Universe, death isn’t always the end. And for Robin Gates, it was not.

For a time, she was confined within the walls of The Strumpet’s Sister—alongside her hated ancestor Ada. But in 2011, Robin was called to The Court of Memory by Tracy Silver as part of the case against Michael Silver chronicled in The Boot of Destiny. Her whereabouts after that moment are as yet unknown, though whispers indicate we may see her again by the end of the forthcoming novel The Elixir of Denial.

Robin Gates was a supporting character in E. Christopher Clark’s stage play Temptress, which had its world premiere at the Players’ Ring in Portsmouth, New Hampshire in January 2014.

Lizbeth Myers played the part of Robin in that production, and the character of Robin wouldn’t be the same without Lizbeth’s influence. 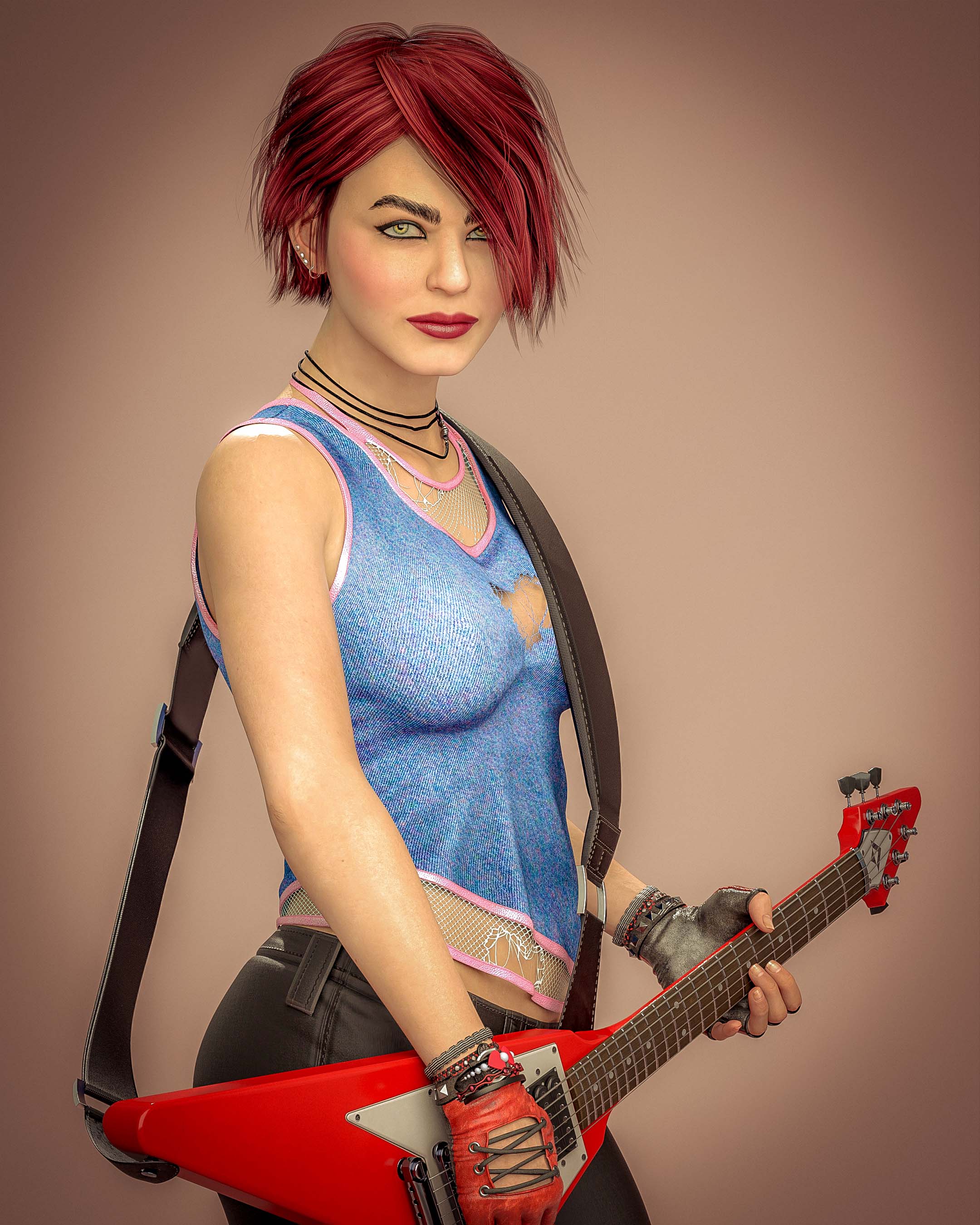