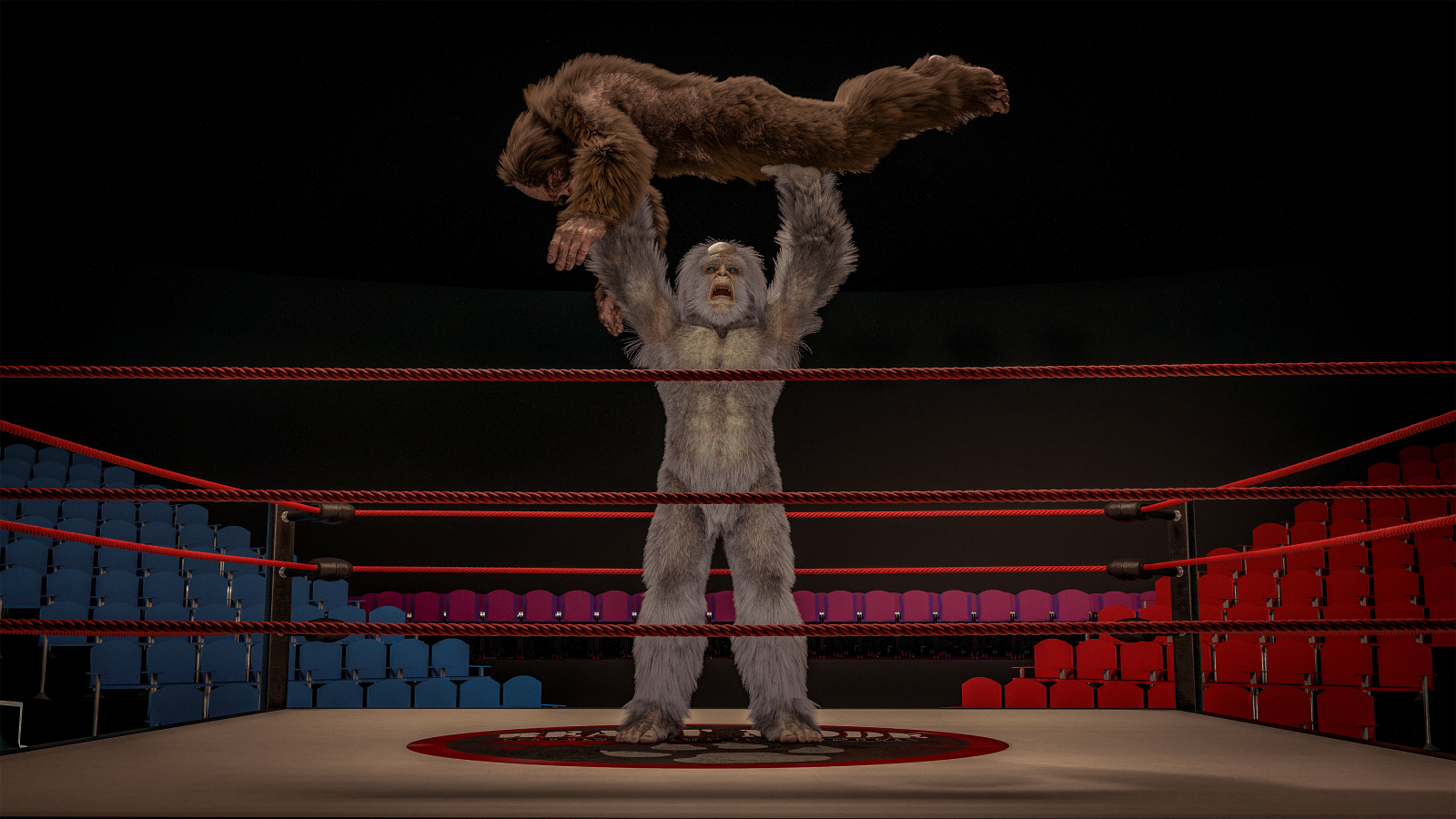 The Yeti Wrestling Federation, colloquially known as The YWF, is an Edenian professional wrestling promotion. It is run, from the top down, by the ruthless Wince McSnowman—a third-generation descendant of the company’s founder.

McSnowman’s numerous misdeeds have soured public opinion on the once immensely popular organization. And yet, attendance at YWF shows has not diminished in the slightest. Folks may find the company’s leader a reprehensible monster, but that hasn’t at all satiated their desire for the violent fun of watching two yeti—and sometimes more—battle it out each week inside the squared circle. The YWF remains the most popular form of “sports entertainment,” in the whole of Eden, to this very day.

Two or more athletes—wrestlers—enter a wrestling ring, intent on beating the snot out of each other. They battle until one of them satisfies one of the decision/stipulation criteria which have been agreed upon in advance. These typically include, but are not limited to pinfalls and submissions.

As is the case with Earthling professional wrestling promotions, the outcomes of YWF matches are pre-determined. The show the YWF travels with from one Edenian town to the next is less sport than theater. And they have been quite clear about that since time immemorial (usually to avoid paying taxes to various athletic commissions). But that doesn’t mean that a YWF contest is without risk—and, therefore excitement—and so, even though audiences know that what they’re watching has been scripted and largely choreographed in advance, they continue to eat it up.

What distinguishes the YWF from Earthling promotions is the size of the competitors. The peoples of Eden may have seen wrestling before, or similar sports on whichever planet they hailed from before the apocalypse, but they’ve never seen anything like two fully grown yeti battling it out for dominance.

And the inter-species matches? Fuggedaboutit! YWF fans have made matches between yeti and elves, yeti and human beings, and even between yeti and the dimunitive halflings the most popular elements of any YWF show. In fact, bouts where the Interspecies Championship belt is on the line have become the most popular main events in nearly every city where the YWF takes it show on the road.

The YWF features several championship belts, highly sought-after prizes within the narrative of their shows. But while many of these bear names which will be familiar to Earthling wrestling fans—the YWF Men’s Championship, the YWF Women’s Championship, and tag team championships for both men and women—it is the Interspecies Championship which garners the most attention in the popular culture.

Whilst only yeti are eligible to compete for the other belts, any sapient being in Eden is invited to take a shot at the interspecies title. If they’re brave enough, that is. And strong enough. And it is this egalitarian approach which has elevated countless beings of shorter stature and smaller build to hero status within their communities. If you can beat a yeti, fair and square, in the center of the squared circle? Well, pal: if you can do that, you can do anything.

This all sounds fine and dandy, and in fact most YWF fans view the company and its product as entirely uncomplicated—a nostalgic hearkening back to a simpler time, where boys could be boys, girls could be girls, and just about any issue could be resolved with fifteen minutes of sweaty grappling by combatants dressed in skimpy, skin-tight costumes.

Both others—the more casual fans and the general public—see the organization as a monstrous blight on what they view as an otherwise peaceful postapocalyptic paradise.

The YWF’s financial squabbles with talent such as the Abominable Snowman and the Sizzling Sasquatch aside, the well-documented sexual misconduct allegations against the current YWF Chairman are considered by many to be permanent black spots on the company’s record—and reason enough to boycott the product.

But given that the company buys out every competitor it comes across, including the once -popular Nunyan Championship Wrestling, Edenian wrestling fans have no other options when it comes to getting their fix each week. And so, the YWF soldiers on. 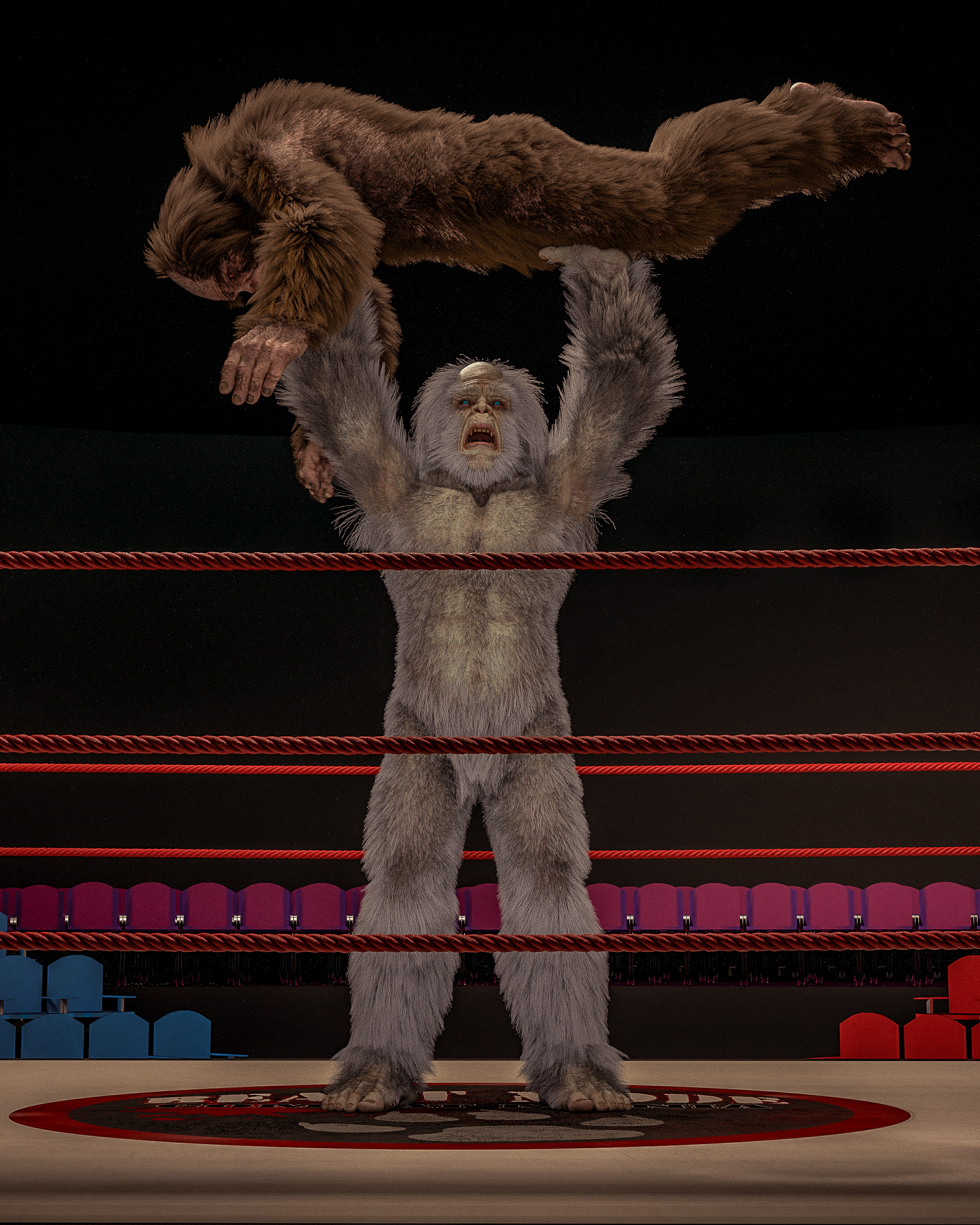 Answering: "an organization considered cruel or monstrous by some"
Visit eccbooks's Competition Page Check all other answers to this prompt Competition Homepage

This article was inspired by a World Anvil tweet posted on February 3, 2022.