Abraham the Honest is the national hero of The Free Cities of Nunya and was one of the most influential leaders in Edenian history.

Born Abraham Lincoln during the sixteenth iteration of reality, he was brought to Eden by a world-ending Calamity whilst still in his 40s—already an accomplished lawyer and statesman, but not yet the transformative Earthling figure he would go on to become in most other versions of the universe.

The story of Abraham’s arrival in Eden is legend—his washing ashore near The Garden; his taking shelter in the Edenian Athenæum to get his bearings; and his subsequent discovery, in the stacks there, of the book that would change his life: Blood on the Moon: The Assassination of Abraham Lincoln.

Abe was a towering figure with a sharp wit and thirst for knowledge. Though plagued by depression throughout his life, and almost swallowed whole by that condition as he read book after book about his alternate selves in the halls of the Athenæum, he was a generally optimistic man—and quite hard to fluster. His even temper meant that he was seldom roused to anger (though his fury could be quite unrelenting when it did make an appearance).

Perhaps because he’d found so many bearded depictions of himself from other iterations of reality, this Abraham Lincoln kept himself clean-shaven until his dying days. And once he’d dug himself out of the pits of despair he fell into while reading deeply about the assassination he’d avoided when his world ended—once he realized, for good and all, that he didn’t want to die—Abe focused a great deal of attention on maintaining his physical fitness. He was still tall as ever, but he could no longer be accurately described as “lanky.” He was for a long time, in fact, considered one of the most desirable men in Eden—his too-large ears and nose notwithstanding.

And actually, those bulbous features made him even more attractive to the dwarven population—which gave rise to a bumper crop of Honest Abe fanfic.

Which, of course, Abe read. Because he read everything, even if it made him blush uncontrollably.

Abraham the Honest was born in an Earthling log cabin on February 12, 1809 to Thomas and Nancy (Hanks) Lincoln. His early life proceeded, as in most iterations of reality, exactly the way it did in The Real World. He grew up in the American states of Kentucky and Indiana; was taught formally only on seldom occasions, and usually by itinerant teachers; and spent a lot of his time doing chores on his father’s farms.

But though he took his farmwork seriously and did more than his fair share to support his family, he was also an avid reader and never missed a chance to improve himself with a good book.

Beyond book-learning, he also became quite adept at handling an ax and in the sport of catch wrestling.

As with his childhood and adolescence, Abe’s adulthood on Earth proceeded mostly according to the goddess River’s grand, cosmic plan. Abe met and married Mary Todd, he had four sons, served as a captain in the Illinois Militia, and later served in that state’s legislature.

He practiced law and, according to Wikipedia (which is never wrong), he “emerged as a formidable trial combatant during cross-examinations and closing arguments.” He served one term as a member of the United States House of Representatives from Illinois’ 7th district. Then he began to emerge as a leader in the nascent Republican political party.

It was during his years as a “prairie lawyer” on the American frontier, while he worked largely on behalf of the Illinois Central Railroad—work that first earned him the nickname “Honest Abe”—that the timeline of Earth-16 diverged from the divine plan.

A distraught South Carolinian from the Reconstruction Era unstuck himself in time and arrived in Lincoln’s Illinois during the aftermath of the 1858 U.S. Senate Election, which Lincoln had lost but which would mark the beginning of newspapers declaring him a potential Republican presidential candidate for 1860. The unstuck southerner, hoping to stop the Civil War before it happened, had traveled through time to convince Lincoln not to run for president. And when he succeeded in introducing doubt into Lincoln’s heart, despite the best efforts of cosmic butterflies to dissuade him, the sixteenth iteration of reality came to an end.

After spending his first few weeks in Eden doing little but reading, Abe emerged from the Edenian Athenæum determined to do as much good in this place as he was apparently “meant” to do back on Earth.

He rode north to Nunya. Of all the political entities in Eden, the Free Cities intrigued Abe the most. The way that government balanced the collective power of the group with the freedoms of the individual entities withing said group—that seemed to Abe to be some sort of Platonic ideal, potentially the next logical step in the American experiment he’d left behind. He’d have to see whether they handled systemic evils, like slavery back home, any better than the country he’d left behind, but the Nunyans showed promise.

Based both on the reputation of his alternate selves and on the way he conducted himself in the here and now, Abe quickly rose to prominence in Nunyan politics. And yet, destiny seemed determined to transform him into the same kind of “figure of controversy” he was meant to be in mid-nineteenth century Earth.

When Abe was selected to participate in the The Final Laudation ceremony for the first-ever kíndallan Elind Knight, he inadvertently ignited the flames that would spark the Nunyan Civil War.

But though Abe would take the blame in some circles for starting the conflict, he would eventually be redeemed in the eyes of most Nunyans for bringing a swift end to it after the decisive Battle of Kirbyville. And the love and support he was given for restoring Nunya to its former glory would eventually lead to him being elected Nunyan Representative to The Council of Five—a position he was so suited for that he is still the standard against which Nunyans measure their Council representatives to this day. 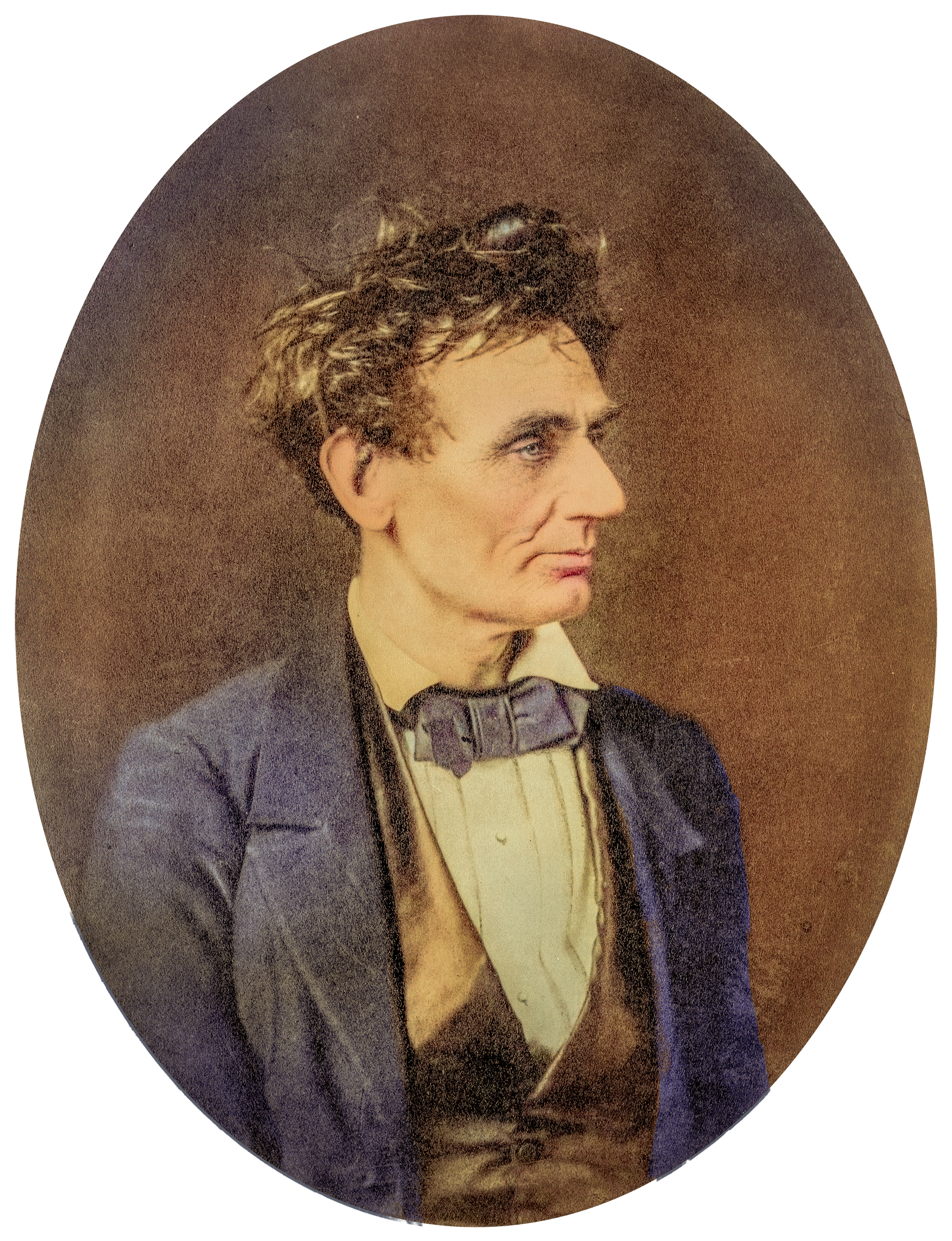 Answering: "a great leader of their people"
Visit eccbooks's Competition Page Check all other answers to this prompt Competition Homepage

Cool article Chris! I love that Abe is a good guy in whatever reality he's in. I am resisting going down the rabbit hole of your other articles because I have my own to write.

Thanks! And yes, resist the rabbit holes. That's what August is for, right? Good luck with your writing.