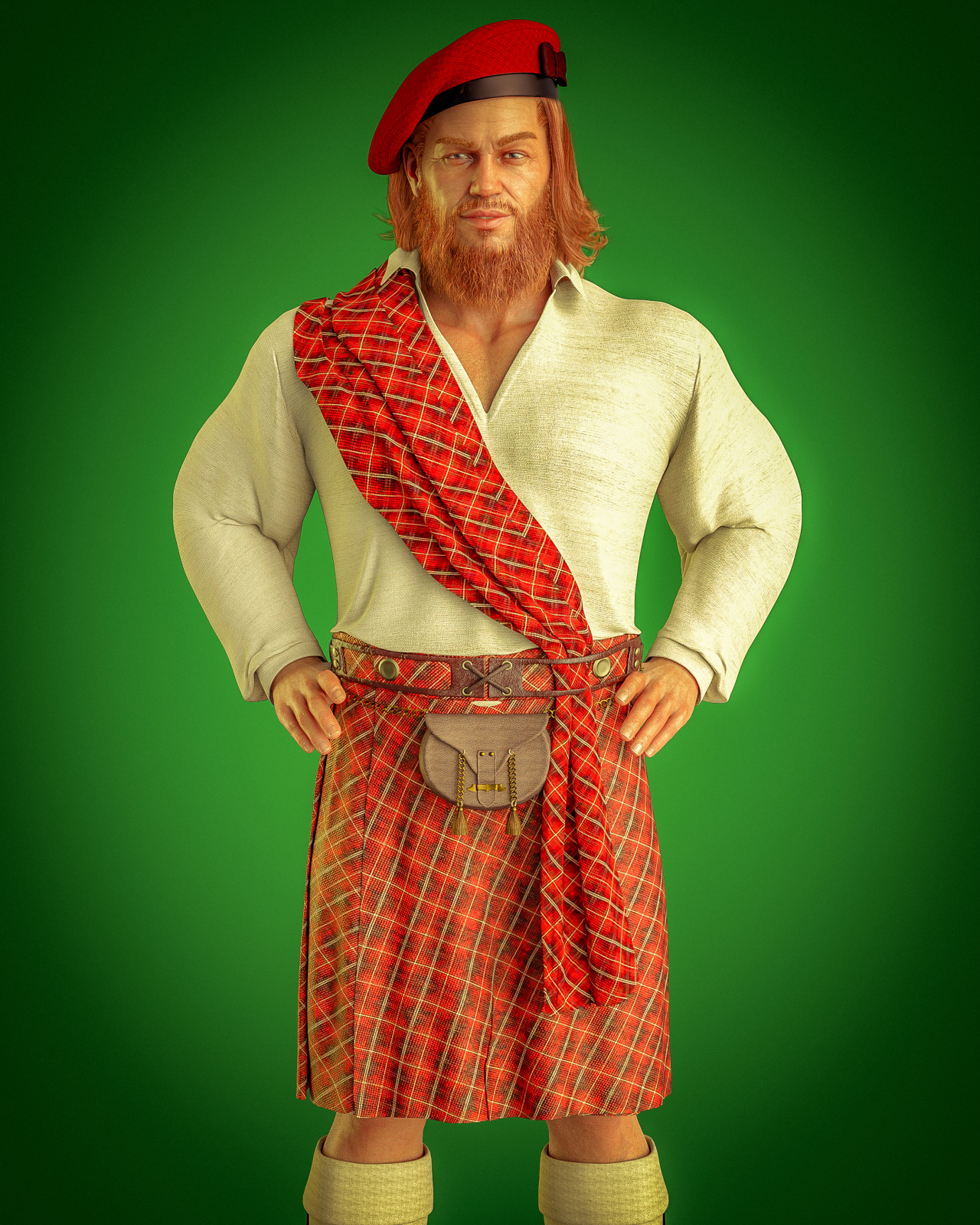 Alasdair Fletcher is a time-displaced Scottish highlander in the Clarkwoods Literary Universe. After wooing and marrying the Earth-668 version of Mellie Worthing during the Interregnum following that iteration of reality’s collapse, Alasdair woke in the Earth-669 iteration as a man singularly obsessed with reuniting with his lost love.

An arrowsmith like his father before him, Alasdair kept a bustling shop near a well-trafficked mountain pass. Then came The Calamity which brought the Earth-668 iteration of reality to an end. Torn from his home in sixteenth century Scotland and deposited into Eden, he soon swore his allegiance to The Free Cities of Nunya in their conflict against The Ninth Empire of Oz.

It was during the mediation of that border dispute by the neighboring Grand Duchy of the Garden that Alasdair first met the woman who would become his wife. Melancholy Worthing, a refugee from 20th century America, was the arbitrator the Grand Duchy sent to hear the arguments of Nunya and Oz and to settle the matter once and for all. And it was during his testimony that the burly Scotsman first caught the eye of Mellie Worthing, who would later say it was the sight of Alasdair in his kilt that presented the greatest challenge in her efforts to remain impartial.

The pair soon married and began a family, Alasdair setting aside his passion for the fighting spirit of the Free Cities to live a much more sedentary life in the far more peaceful Garden. It wasn’t until Alasdair and Mellie’s two daughters were lost in subsequent years to The Harvest of the Voices that his hot temper resurfaced, at which point he became the leader of several expeditions into The Desert at the Edge of Existence to find children lost to the Harvest who, though widely thought dead, were rumored to be living somewhere out in that wasteland.

Following the reboot of reality into its current Earth-669 iteration, Alasdair found himself returned to Scotland and the sixteenth century. But his love for Mellie had been so powerful that he, unlike most human beings after a reboot, retained full memory of their time together in The Interregnum. He closed up his shop and search the British isles high and low until he found The Strumpet’s Sister and used it to travel to the 20th century.

And though Mellie didn’t remember him the way he remembered her—a sore spot to this day in their marriage—the feeling of his presence was familiar, and they quickly picked up where the left off. Soon enough, they were married. And soon after that, they had the daughters they always were meant to have. Only now there was no Harvest of Voices to take them from them.

Not that that kept Alasdair from becoming the most overprotective father on the planet, not that that kept him from greeting his eldest’s first boyfriend with a claymore in his hands when the lad came to the house for dinner the first time.