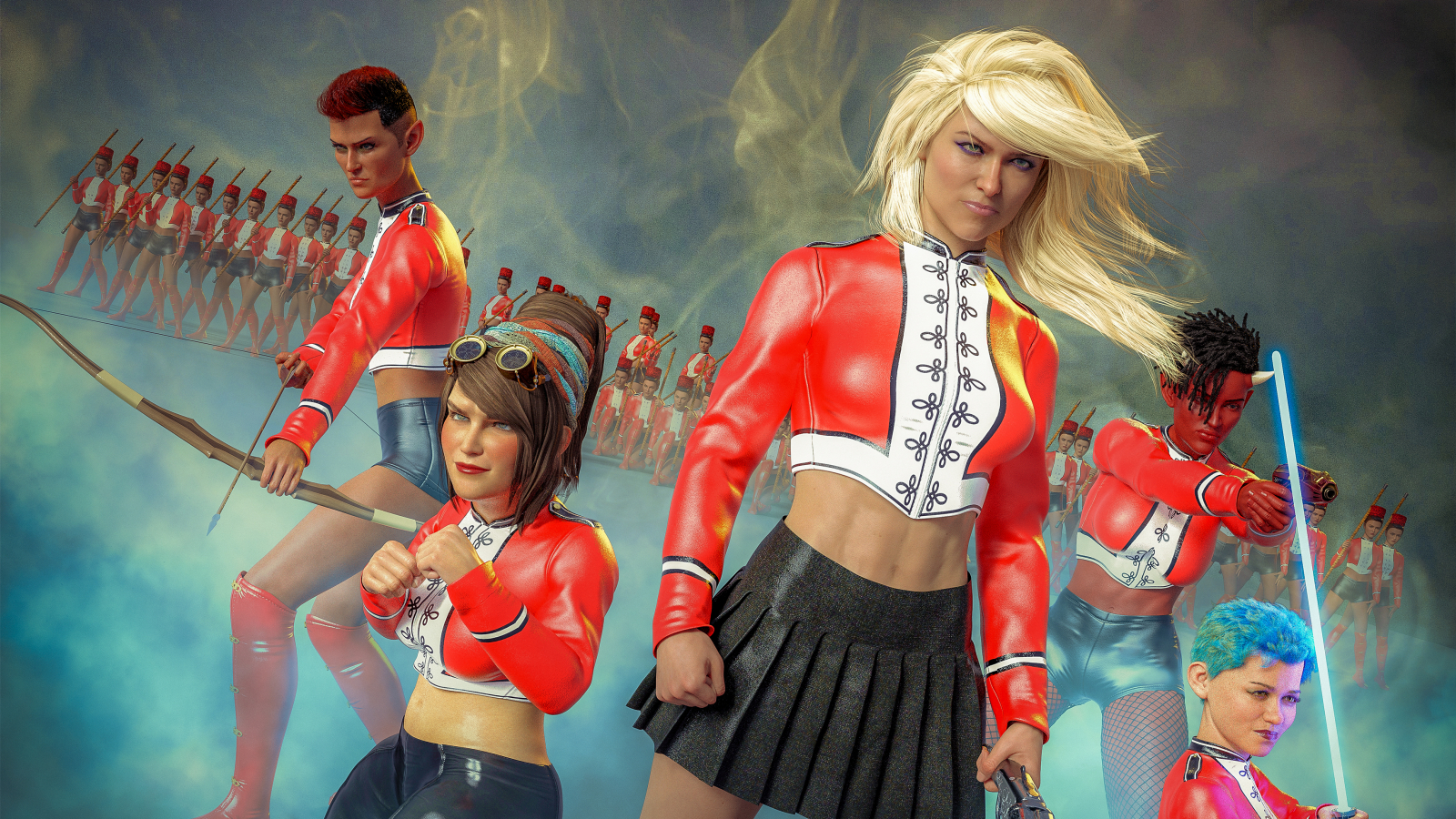 The Garde de Glinda are an elite group of female soldiers dedicated to the protection of Glinda the Good, Witch of the South. Selected personally by Glinda herself, the Garde is comprised of the wittiest, deadliest, and most beautiful warriors from across Eden. Guarding the Good Witch is considered such a high honor that women will travel from the furthest reaches of The Reek just for a chance at joining the unit.

The Garde is comprised of 50 individuals—specifically 45 rank & file soldiers, 4 lieutenants, and 1 general. The officers are promoted from the rank & file by popular vote, an arrangement made by Glinda to avoid any accusations of favoritism.

You see, the Garde also serves as a fifty-women harem of sorts for the Good Witch—with the girls cycling into and out of Glinda’s bed on a regular basis—but Glinda has always been quite clear that performance in the boudoir should have no impact on a woman’s military career.

The standard uniform wore by the Garde is a “sexy Nutcracker outfit” armed with a magical force field conjured by Glinda herself. It consists of:

Officers remove their hats to denote their status. They are also free to swap out the black hotpants for any black bottoms they choose, so long as they present the garment to Glinda for enchantment.

The standard-issue weapon of the Garde is a wood quarterstaff capped with metal on each end. Each officer may choose her own weapon, with bows, blasters, and laser swords all being popular choices. A dwarven officer once chose to go into battle with nothing but her bare knuckles.

The first group of 50 soldiers were chosen via a tournament held throughout Quadling Country, and vacancies are filled to this day in a similar manner. Aside from one-on-one battles amongst the candidates, other tournament tasks include outrunning a pack of ambleworts, facing off against a squad of Rangers of the Reek, and a modified version of the Kíndallan game Désmoogí.

Training is a non-stop affair once you join the Garde. Both the rank & file and the officers take turns instructing their comrades in combat techniques they are masters of, retired Kíndallan spies offer courses on subterfuge, and Glinda’s sisters from The Faith of the First Mother give lectures on the power of magic—and how to defend against it, if you’re not a practioner yourself.

Glinda gives lessons of her own in her chambers, welcoming every new girl to the group personally—while also never forgetting those who have served her long and well. 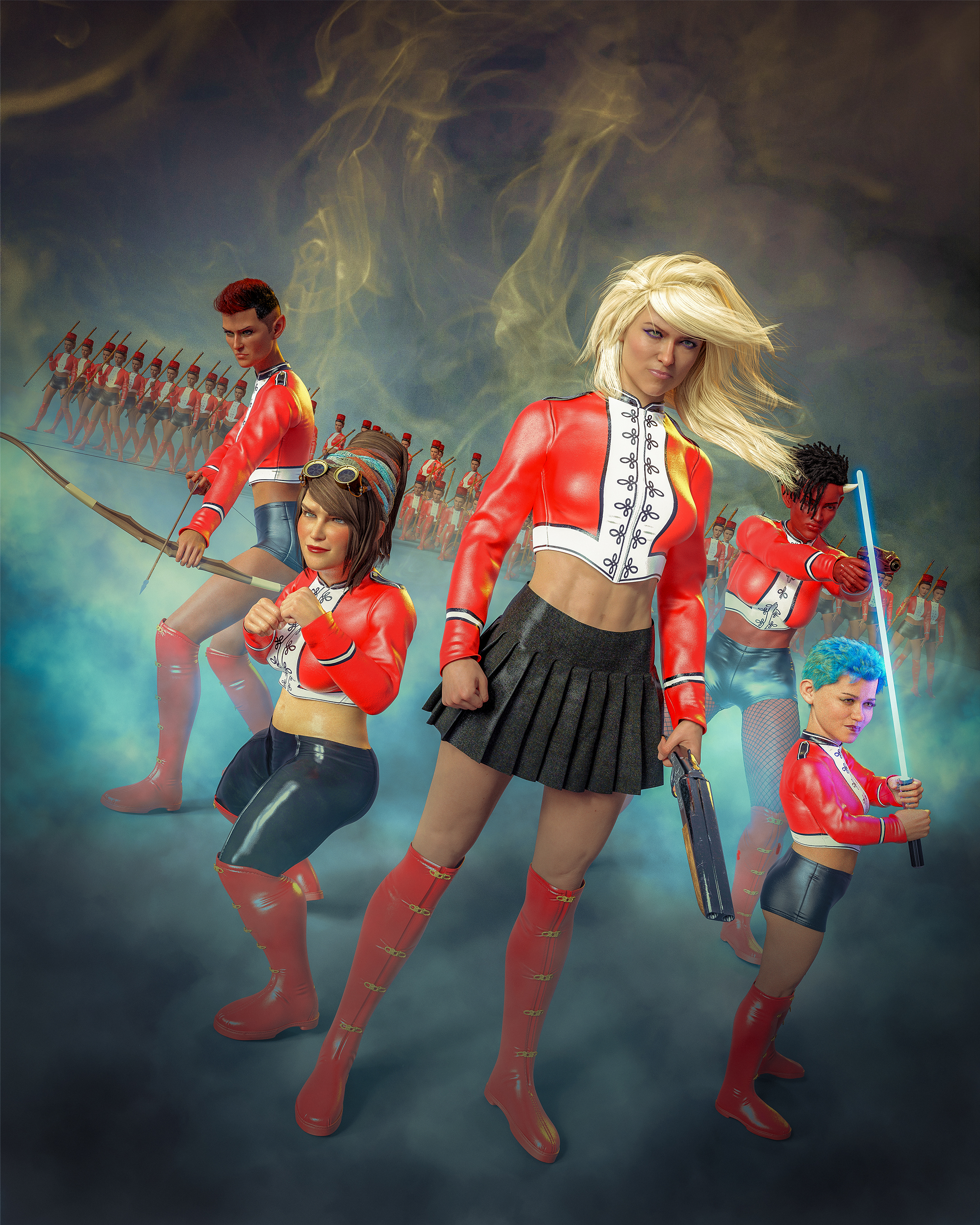 Answering: "a unit or squad who guards an important person"
Visit eccbooks's Competition Page Check all other answers to this prompt Competition Homepage

I am simply cackling at their outfits cause I can imaging Glinda designing them and everyone else being like "Glinda no" but she already walked out being her fabulous self.   I Love it :D

Yes! "Glinda, no!" is something I can totally hear them saying.