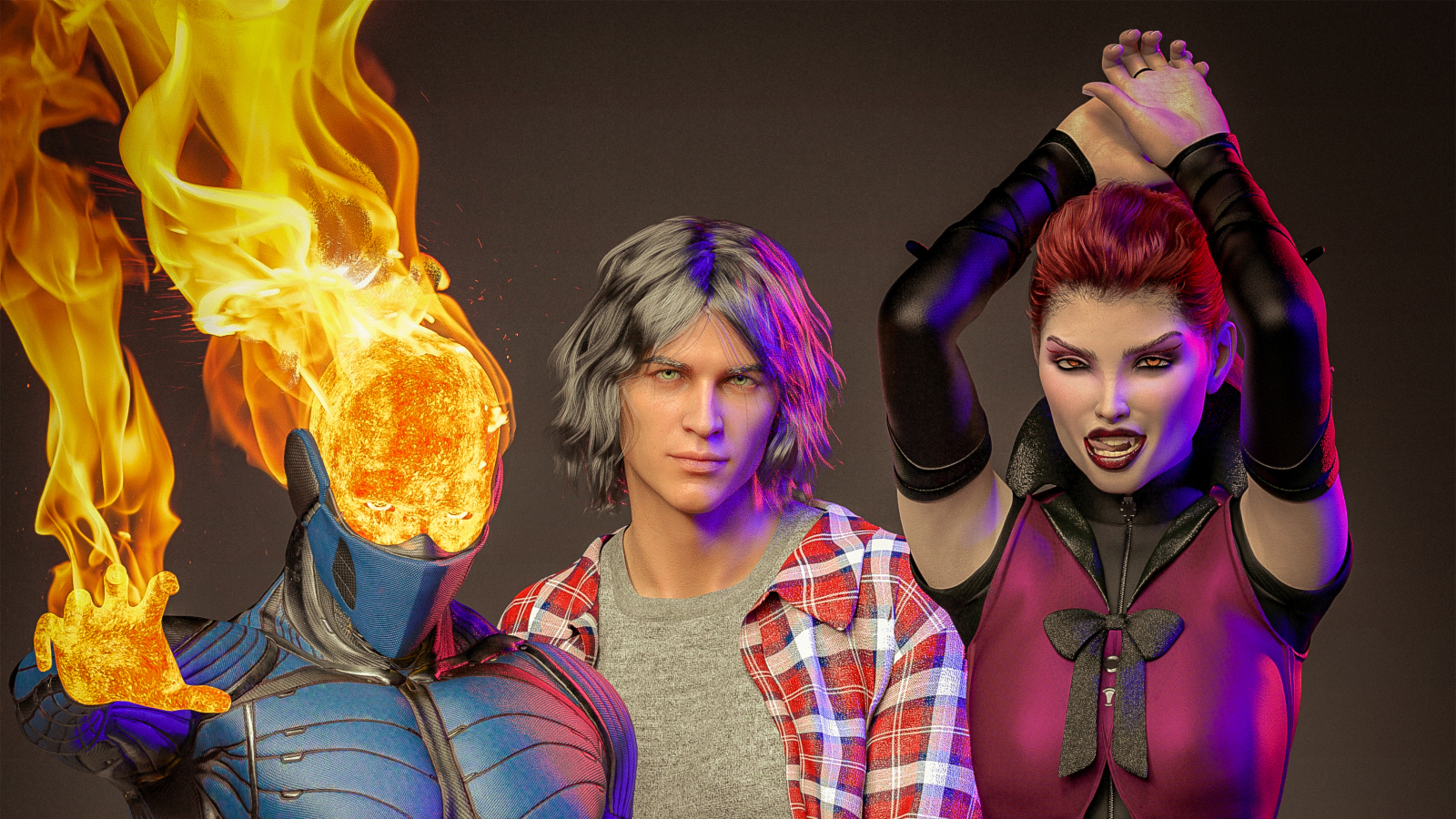 Potential is a serious medical condition in the Clarkwoods Literary Universe.

The words “you‘ve got potential” are feared throughout the cosmos by plucky adolescents and by determined novices of all ages. And though most who receive this demoralizing diagnosis simply give up on their pursuits, frustrated that they haven’t “made it” yet—that all they’ve got is potential—a select few are so traumatized that the “potential” within them takes on a life of its own.

This undeveloped potential then reshapes the individual from the inside out, a parasite which grants its host both supernatural abilities and a preternatural penchant for proving themself—if for no other reason than to spite the doubters and the haters who made them this way in the first place.

But that’s not all: the now-parasitic potential, like the good leech that it is, elicits a hunger in its host which can only be sated by feeding on the potential of others. And that makes every so-called “Potent” in existence a kind of vampire as well. Even the superheroes of this world are, in a way, feeding (perhaps unknowingly) on the folks that they are seeking to save.

Potential in sapient beings is caused by trace amounts of The Waters of the River Without End, which can be found in every living thing in existence. Some beings, such as the shape-shifting kíndalla—perhaps owing to their proximity to the aforementioned River—are nothing but potential. Others, like the dwarves at the mostly magicless center of the universe, are so content with their lack of potential that they pride themselves on being “self-made.”

Humans, by contrast, are the most tortured by the concept. Though highly attuned to the idea of potential—thanks to their encounters with more fantastical beings during the Interregnums between iterations of reality—they are possessed of far less of it than their elven and kíndallan counterparts. This results in them racking themselves with guilt over “squandered” or “lost” potential, and in the ostracization of those who would “waste” such a precious commodity.

And it is because of this guilt that humans are far more susceptible to the development of the parasite.

Symptoms of the transformation include every ability listed in Marvel Super Heroes: The Ultimate Powers Book, and then some. And while most afflicted individuals only develop a power or two, some have been elevated to god-like status by the breadth and depth of the abilities they now possess.

Other symptoms include the amplification of the aura or vibe the individual was already giving off, whether glamorous and monstrous. And, of course, we cannot forget about the most cursed of the symptoms: the unquenchable thirst to prove one’s self.

Oh, and the low-key vampirism. That kinda sucks, too.

But, other than that, there is no cure or remedy for the condition. Once your potential’s gone poisonous and parasitic, there’s no turning back.

Those extraordinary individuals who live up to their potential, and never have to deal with the downsides of being a disappointment—they have all have a couple of things in common.

The first is a blind determination to the best that they can be, a drive born from inside themselves. And the second is an utter disregard for the opinions of others—so that they never ask “Am I any good at this?" in the first place, and therefore never have hear the words “Not yet, kid. But you might be someday.”

Answering: "a medical condition which is feared by some"
Visit eccbooks's Competition Page Check all other answers to this prompt Competition Homepage 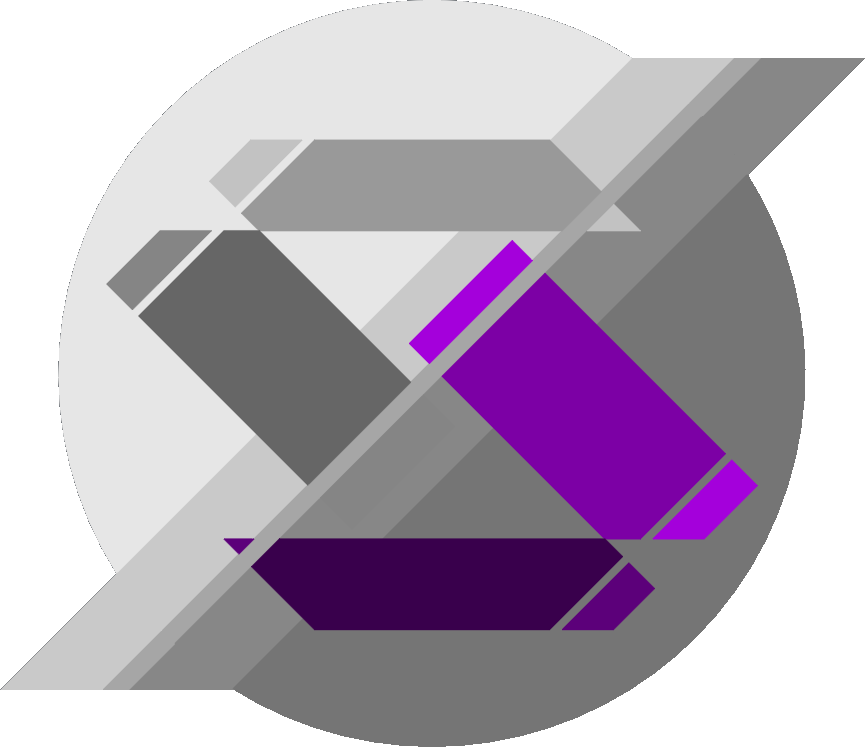 Sucks that there's not really a treatment or cure D: What an interesting medical condition, though! And I love the final paragraph on prevention, too. Doing things for personal achievement and growth, rather than to gain the approval of others, is great!

Cathedris, the world of God-husks and New Magic, welcomes you.

Thanks for reading! This all stems out of an idea I had when I was 14–18 about the “power potential,” which was how I saw myself differentiating my own superheroes from those of Marvel, DC, Image, and the other publishers I was reading at the time. It's evolved since then, but I still really like the idea that younger me came up with.

Sir, I'm telling you if i had money I would buy your books. Alas i do not, so I much content myself with reading these amazing articles of yours. I laughed out loud several times in this one, and I thoroughly enjoyed reading whatever wasn't making me laugh. This is amazing. :D   oh but the spoiled potential is horrible...just sayin.

Oh, thank you! The current series I'm working on/finishing up isn't as tied into all this fun stuff as I'd like (though I think it's fun in it's own right). Anyway, that's my way of saying "Don't feel bad about not buying books!"   And when I do get around to writing some novels/graphic novels that are more along the lines of these weirder things I'm writing, I will definitely be looking at ways to put it in the hands of as many people as possible (regardless of income level).   Anyway, thanks again for reading!

Ah yes, the debilitating disease that hits a little too close to home. I love how you tie this to powers - particularly in that humans suffer the most from it since so few actually receive potential so they feel the need to prove themselves.

Thanks so much for reading! This one was a lot of fun to write, and also super-cathartic. To get out all those feelings about potential and whatnot, and to do it through the fantastical, was just what I needed this summer.

Impressive how you turned the original aspect of what the word stands for into a depressive rat race for approval and high expectations that can make one collapse. i am legitimately impressed. Particularly liking the 'self-made' vision of dwarves in that aspect, hehe.   Honestly not much to critique or ask more details, but i'll add the vampirism aspect and possible desire to remove other's potential to remain on top is an interesting take.   Real nice article overall.   Happy Summercamp!

Thanks so much! I'm hoping to get into the vampirism aspect more at some point. I've already written that into a few short stories (which is part of what inspired that part of the article) but I want do more with the idea.

That's a really fun condition, great work with that article! Though those poor individuals who do live up to their potentials never develop super power, do they? Not sure I wouldn't prefer the consolation prize then XD

Thanks! Yeah, those who do live up to their potential are out of luck. They get to be really good at something, though. I think this was just my way of making sure we didn't get a Simone Biles who could also fly and shoot lasers from her eyes.

Well, that's utterly terrifying. It really scks that there's no cure. I can see how people would feel down after hearing those words.

Right? This started off as a fairly innocent idea when I was in my teens/early 20s, but I've grown to want there to be a cost to whatever "magic" I put into the world. So that's how this got to be a bit more sinister.

Very fun article to read and interesting what you did with people saying you have potential :p It is nice though to have some superpowers but on the other hand you are also a bit of a vampire. Would not know what I would prefer :p

I'm not sure what I'd prefer either! I've always wanted superpowers, but at the expense of someone else? I'm not sure.