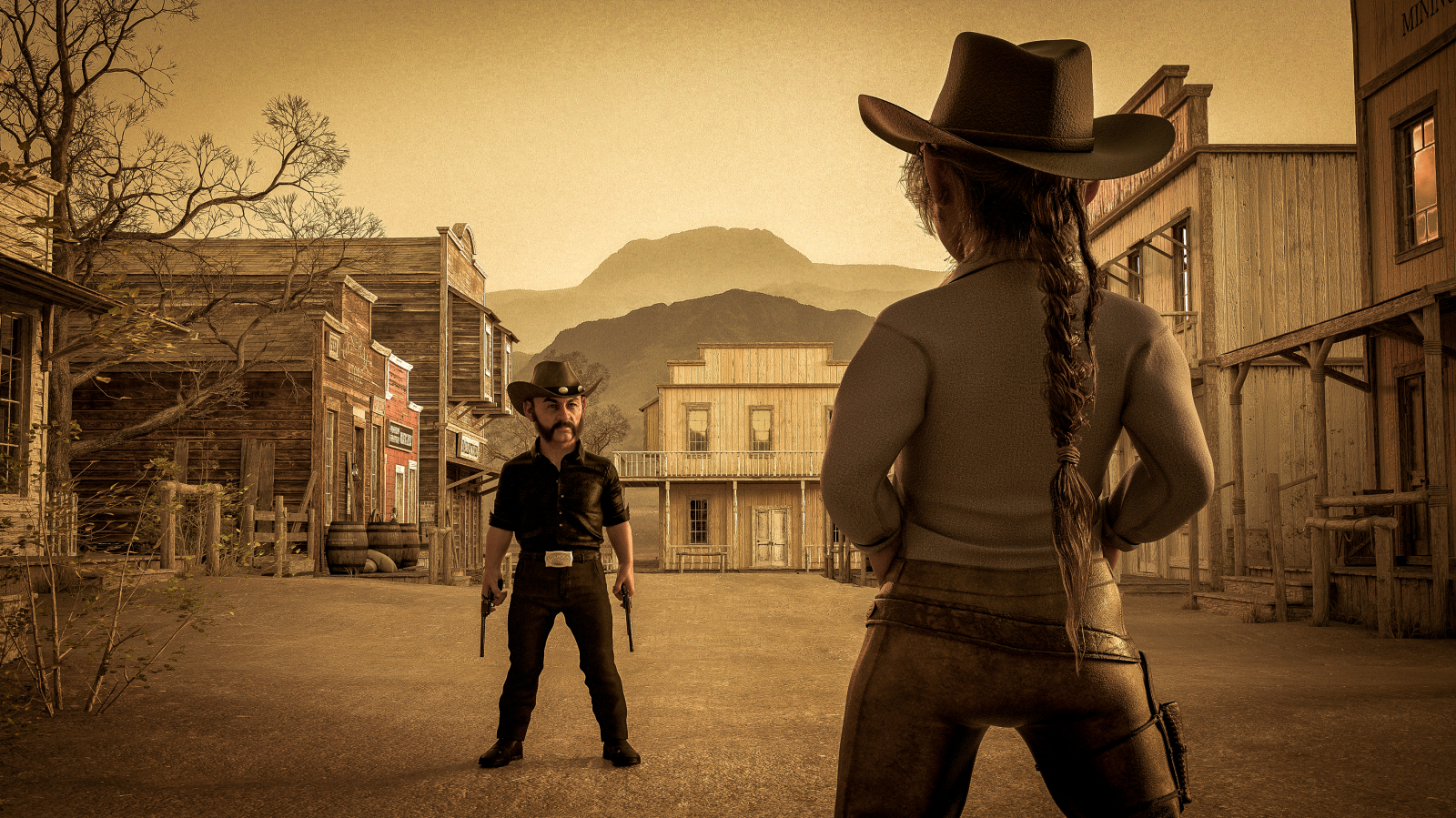 Uptown is the capital city of Gillikin Country, the northernmost territory of The Ninth Empire of Oz. Established as a mining settlement during the First Interregnum, the city quickly developed into the most popular municipality in Oz—surpassing even their brilliant Emerald City.

Purposefully arrested in time to resemble the American Wild West, Uptown serves as a tourist destination for travelers from all over Eden. But it is also that post-apocalyptic paradise’s number one exporter of gold, and home to The First Imperial Bank of Oz. It is this dichotomy—the city’s desire to be both a place of the past and a bastion of civilization’s financial future—which makes Uptown a favorite topic for study at institutions of learning the world over.

When halflings began colonizing the land of Oz, rumors quickly spread about the land the Gillikins had claimed for themselves. The hills were alive with sleeping dragons, or so the whispers said. And what did dragons desire more than any other thing?

Uptown was established on the largest plateau in the Gillikin Country badlands, and mining began there immediately. And though they never confirmed or denied whether they found any sleeping dragons down there in the deep, they did find gold. Heaps of it. Deep veins of it.

At first, the Gillikins didn’t build much on the site. They were a frugal folk, after all. But when the Earthlings they leased claims to began building in the style of the ninteenth century boomtowns of their homeworld, the Gillikins saw an opportunity. There was a thirst in these humans, not only for gold but for nostalgia.

Every time suggestions were made to modernize the city, the Gillikins of Uptown refused. Visitors came from far and wide, not just to try their luck at panning for gold, but to relive an entire part of their history. And when an Earthling brought a Blu-Ray box-set of Westworld to town one afternoon, the Gillikins got even greedier.

They hired Kíndallan theater troupes, employed Reekian robotics, and contracted with priestesses of The Faith of the First Mother—all to create an amusement park the likes of which reality had never known.

As fruitful as the amusement park venture was, however, it was only fruitful when other folks were around. Each time the rest of reality took off to take another stab at existence, business dried up. The Gillikins themselves—along with their halfling cousins the Munchkins, Quadlings, and Winkies—didn’t have much use for the place. And so, the Gillikins of Uptown began investing in other ideas.

The First Imperial Bank of Oz was their most successful. Benefiting from their ability to keep track of Eden’s history across multiple Interregnums—something the sapient species who left could not do—the Gillikins offered a guarantee of continuity for anyone who survived multiple Calamities. All for a low, low fee, The First Imperial Bank assured investors that they wouldn’t have to start over each time an apocalypse landed them back in Eden.

And so, empowered by the immense wealth this offering provided them, the Gillikins made Uptown a technological marvel behind the scenes. It may look like a rugged backwater to outsiders visiting the town square, but behind closed doors—and in the comfort of their futureproofed homes—the Gillikins are living large and in charge. 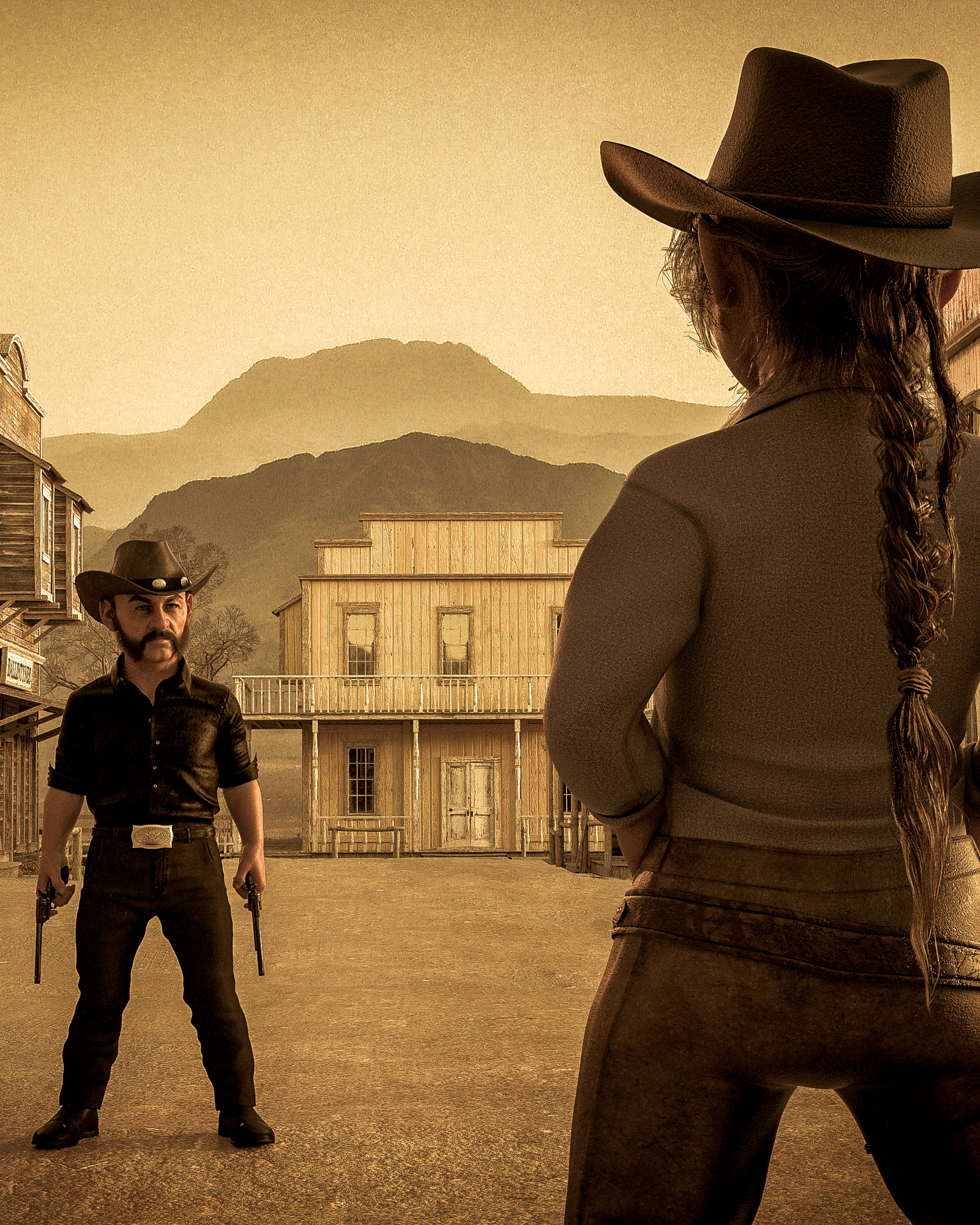 Answering: "an industrial, mining, logging or other production settlement."
Visit eccbooks's Competition Page Check all other answers to this prompt Competition Homepage

Dang, I love this concept. The fact that it looks like the American wild west is just added comedy. great job :)

Thanks! I've got a couple more coming that are connected to this one, including my Material prompt—which is what I should be working on now!