The Butter Knife of Deadliness is a powerful magical weapon, handed down from warrior to warrior, which can rewrite reality with just one slice of its blade.

The source of its power is in the paradoxical nature of its existence. An Earthling relic from the first iteration of reality, the Butter Knife of Deadliness is remarkable for even having survived The Calamity which brough it to Eden. But what makes it even more special is that it survived the whole of the Interregnum which followed—and that it survived the purging of the universe’s purgatorial paradise when The River Without End rebooted reality into its next iteration.

I mean, c’mon: it was just a lowly butter knife!

The River Without End, wishing to avoid the costs associated with setting up a new Eden every time the sapient beings of the universe mucked up its grand designs, struck a deal with the halflings now living there. When the River rebooted reality, the halflings could remain in Eden as its custodians and sole inhabitants. In exchange, the River would spare “all halflings and all things of halfling design” from being erased from existence. Getting to keep their stuff was important. The halflings liked the idea of a new paradise to call their own, but they didn’t want to start over from scratch.

And so, the deal was struck. And then, the River did its thing.

What the River hadn’t bargained on was this: an Earthling butter knife wedged deep into a loaf of Quadling bread.

Therefore, while the handle of soon-to-be Butter Knife of Deadliness was wiped from reality as planned, the blade—safe in the warm embrace of cooling slab of pumpernickel—remained intact.

The Quadlings, quickly realizing what had happened—and not wishing to anger the god/river/celestial overlord their species was now serving—brought the Knife to the River to see what should be done. But the River could do nothing. It was in quite a pickle.

To do nothing seemed unacceptable, but to destroy this relic now would be to admit its fallibility. And so, the River let the Quadlings keep it—so long as they never sought to cross the River with the weapon and make their way into the new reality. After all, the River thought, the blade was useless in Eden—a place designed to be an anachronistic amalgamation of all things. It was only if it reached the new reality that it could be truly dangerous, this thing that shouldn’t exist but did.

The Butter Knife of Deadliness began its life in the warehouse of a silverware manufacturer on Earth. One of thousands—if not millions—of similarly designed pieces, it was paired with a fork and spoon on the dining room tables of Earthlings the world over. It was nothing special, and never meant to be. It was a utilitarian piece with just enough embellishment to make the humans who wielded it feel like they were a little bit more well-off than they actually were.

After its partial destruction during the reboot of reality, it was hidden by the relatively pacifistic Quadlings. But the Quadlings’ Munchkin cousins, desiring a weapon to defend their corner of Oz, stole the blade.

It was then brought to Winkie craftsmen for the construction of a new hilt, and the sharpening of the blade. The Winkies magically re-sized the thing while they were at it, enlarging it to make it fit for combat. And the Munchkins paid them handsomely for this service.

Kept as the personal weapon of the Munchkins’ Butter Knight for many ages that followed, through Interregnums and more peaceful times as well, it was eventually lost in single combat to a Horn of the Accidental Unicorns—the organization which owns the blade to this day.

Aside from its razor-sharp blade, which never dulls (thanks to Winkie ingenuity), it has no special powers to speak of within the confines of Eden. However, if ever taken beyond that country’s borders, it could rewrite the rules of the reality on a scale hitherto undreamt of.

That’s just the power of a paradox, baby. 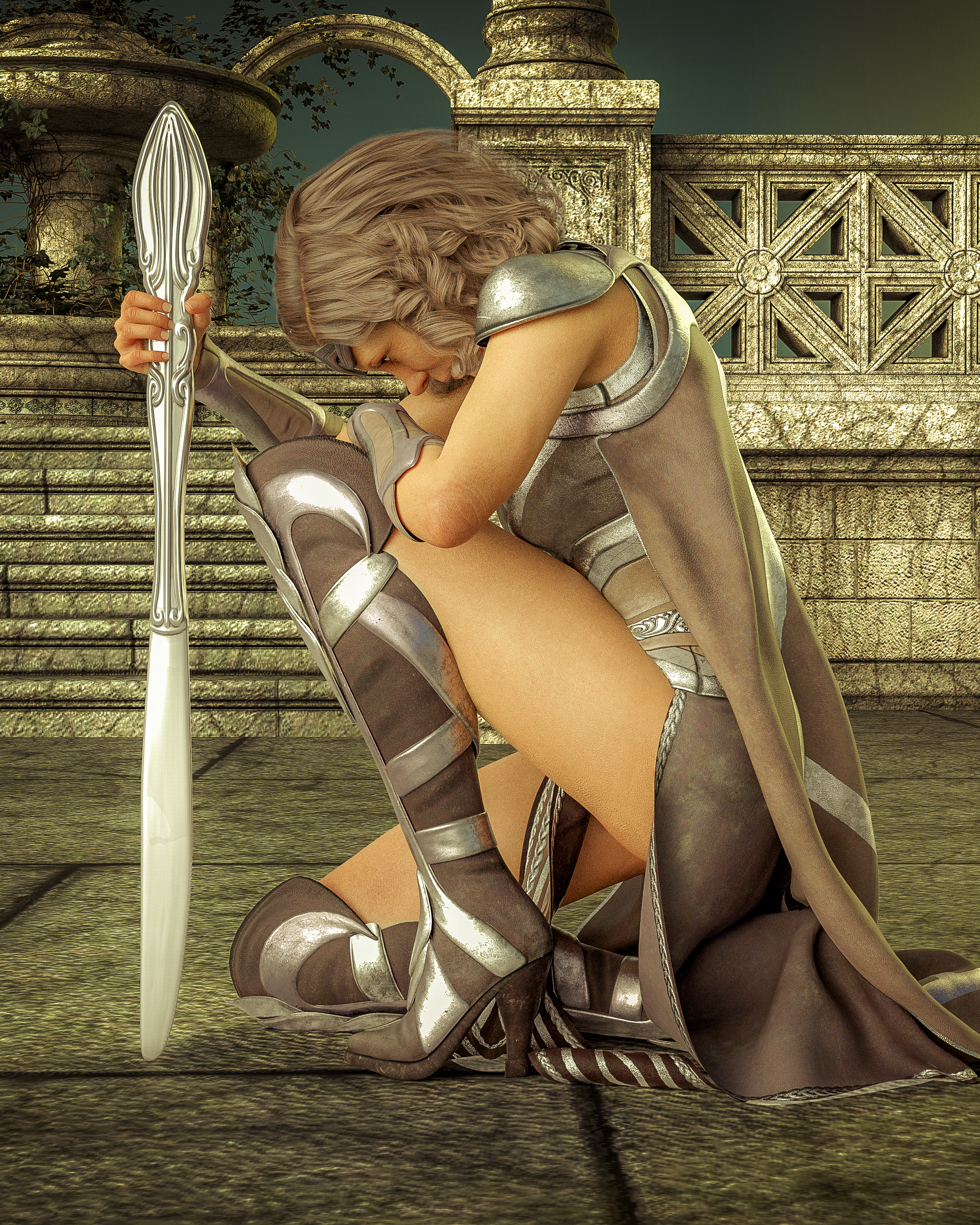 Current Location
Eden
Owning Organization
Accidental Unicorns
Rarity
“The wonderful thing about Tiggers is I’m the only one.”

Answering: "an ancient and/or powerful artifact"
Visit eccbooks's Competition Page Check all other answers to this prompt Competition Homepage

The title of this article was inspired by a World Anvil Twitch stream which was on the topic, I believe, of the February 2021 Flash Challenge they did with Bonus Action—the one where we were asked to create a powerful, magical item.

While talking through the subject, Janet from WA joked about the idea of a “Butter Knife of Deadliness.” I LOLed and said “That would make a great article title.” I recall Janet daring me to write it, so here I am…

What a fun article. And backstory. I love the picture!

Lead Author of Vazdimet.
Necromancy is a Wholesome Science.

Thanks! I had a lot of fun creating the picture, and I've been dying to write this ever since I heard 'Butter Knife of Deadliness' on stream. I hope Janet gets to read it at some point, and gets a chuckle out of it.

hahaha, yes. A great deal of humor can be wrung out of treating something silly with the utmost seriousness.