Paradise City is the largest of The Free Cities of Nunya, and is notorious throughout Eden for its enormous red-light district, its city-wide ban on public decency, and for the Twin Pillars of Salt which serve as the city gates.

Founded during the First Interregnum as the twin cities of New Sodom and Gomorrahland, the cities were united under a single banner in Interregnum #2. Earthling refugees, with no knowledge of what had happened the last time they were here, took one look at clusters of buildings they found—divided only by the churning River Bidness—and decided this place was one city and not two.

When it came to naming their new home, the founders—huge fans of the hard rock band Guns N' Roses—couldn’t decide between “Paradise City” or ”The Jungle,” since some of them wanted to use a couplet from the band’s song “Welcome to the Jungle” as the city’s motto (“We are the people that can find whatever you may need. / If you got the money, honey, we got your disease.”). In the end, they got high and flipped a coin.

But it rolled off into the nearby river before anyone could see if it was heads or tails.

Laughing, they decided that “Paradise City” was a better name for the town—but that they could still use the motto from the other song anyway. It was a whole new world, baby. And who needed rules, after all?

Demographically speaking, the city is as big a melting pot as Eden ever has known. There are elves here, and dwarves and halflings and kíndalla too. And though humans are still the dominant species here, they keep trying to change that by searching Eden to invite others to the party.

As with all of the Free Cities of Nunya, Paradise City is governed by a council and a Village Idiot—and only loosely governed when it’s governed at all.

As is the case in East Dumbstruck, a loose code of ethics and acceptable behavior is posted at each of the major entrances to the city. The only difference here is that the citizens of Paradise City have cheekily named their code “The Ten Commandments of Sin.”

Though there are vices to be found in nearly every neighborhood in the city—from Tooltown to The Dirty Burg, from Leatherville to the Golgotha Tenements—it is Amstervegas, the city’s official red-light district, that is the most popular destination for tourists.

Amstervegas has it all, from casinos and fight clubs to burlesque shows and brothels. Here you’ll find the largest of the city’s several Quadling Cathouses, Amanda Humps’ Butter Churner Theatre, and the headquarters of the Kitty’s Corner—a training and advocacy group working for and with the many solopreneur sex workers of Eden.

The city is located on the southern edge of Nunya, where the River Bidness forms a natural border between Nunya and the plains of Nalké. Situated on an island within the river, and on the river’s northern bank, Paradise City is connected to Nunya by the Dick Long Bridge and to Nalké by the Hairy Poppins Overpass. 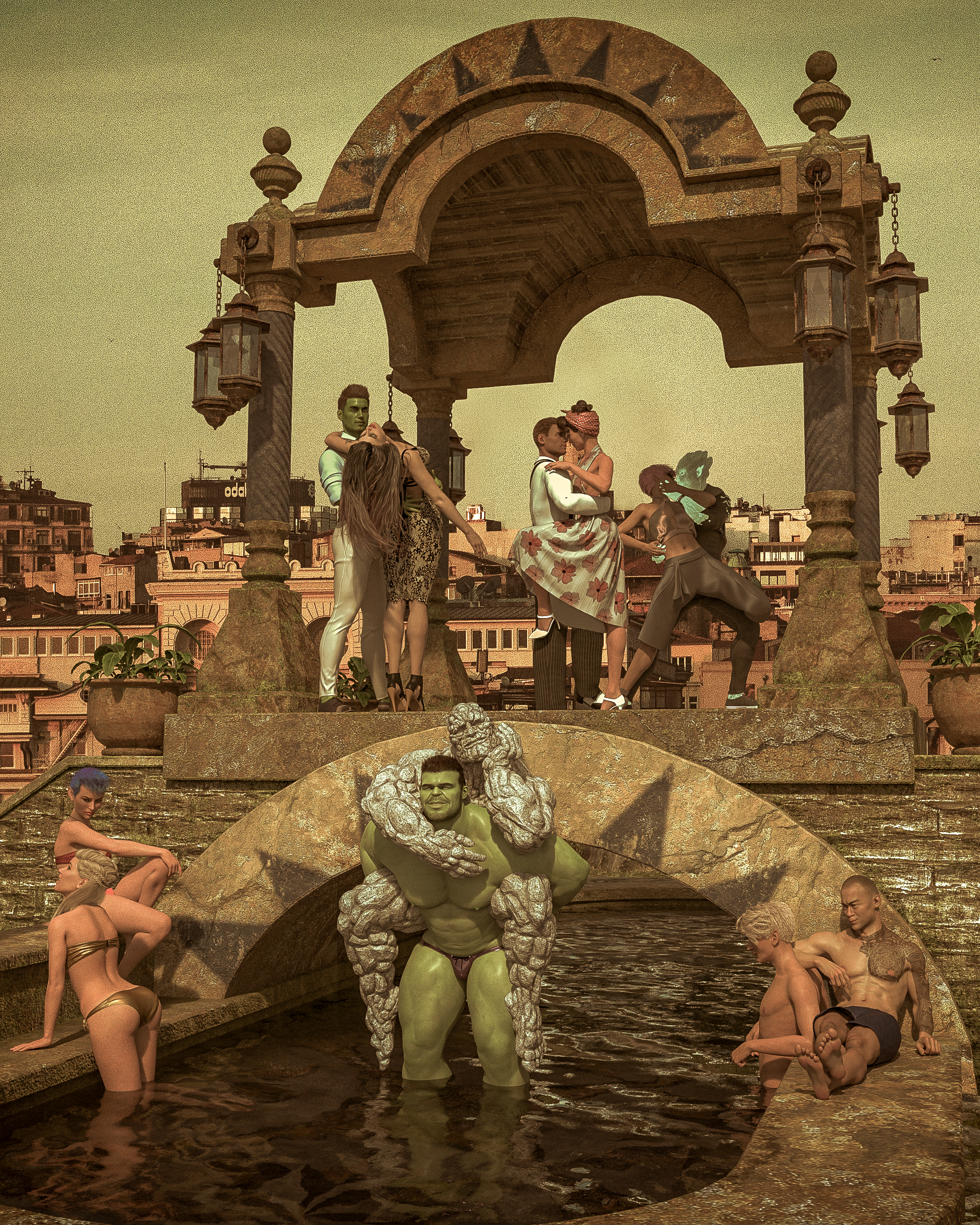 Answering: "a settlement known as a pleasure town or for louche behaviour"
Visit eccbooks's Competition Page Check all other answers to this prompt Competition Homepage
© 1977–2021 E. Christopher Clark. All rights (and lefts) reserved.
Proudly powered by World Anvil.

Flipping a coin to decide the town name is so in character it hurts. Wonderful article :)

Thanks! And thanks for reading all (or nearly all) of my Summer Camp articles. I really do appreciate your support.