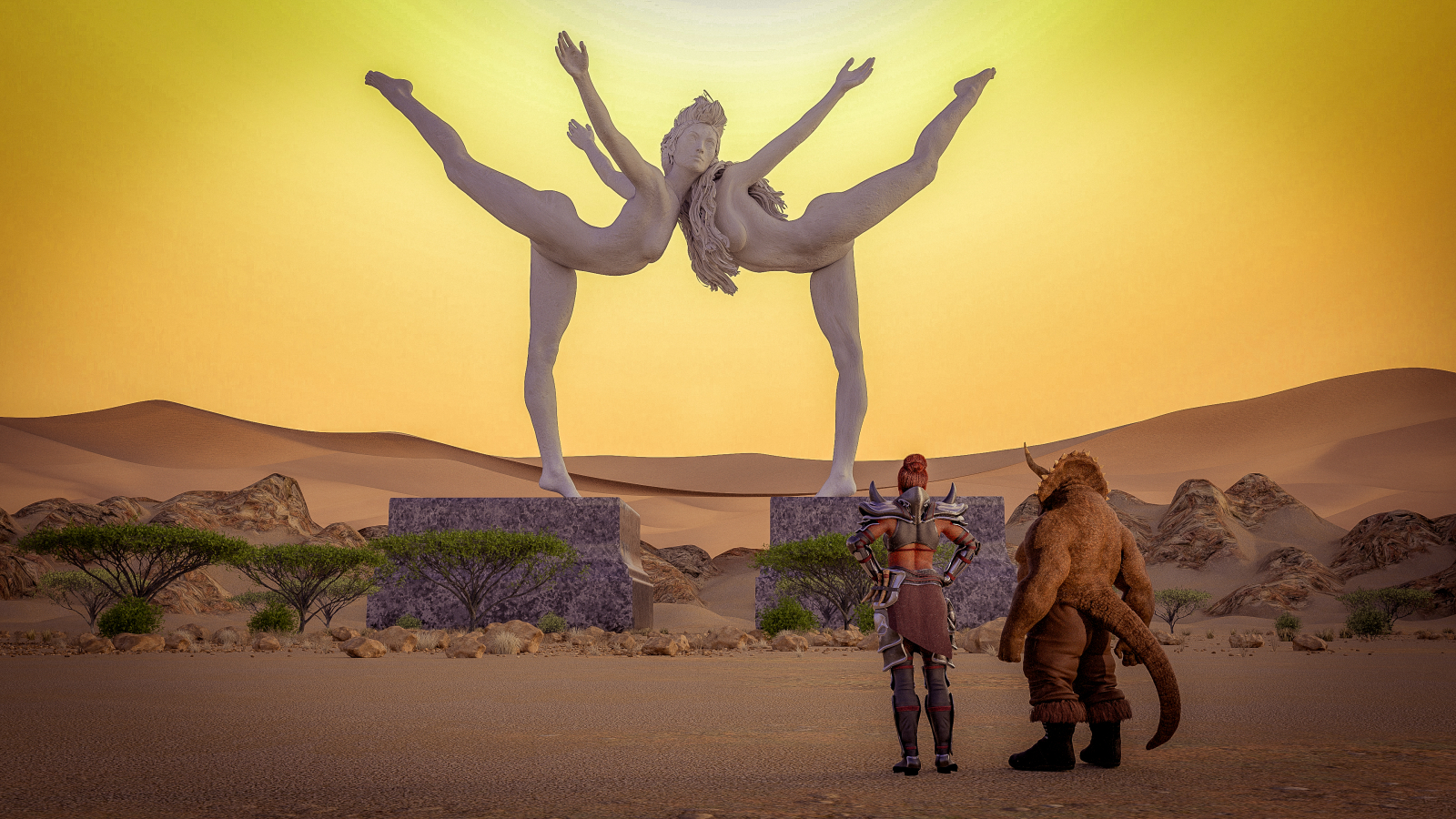 The Sisters’ Gate was a colossal statue of the sister goddesses River and Eden which served, during the First Interregnum, as the southernmost gateway between civilization and The Desert at the Edge of Existence. This magnificent sculpture once sat atop the list of the Seven Wonders of the Post-Apocalyptic World, but was believed to have been lost during the period between the First and Second Interregnums.

Recently however, one massive marble foot has been found peeking out of the dunes at the edge of the Cape of Shifting Sands. And so, debate rages on about whether the Sisters’ Gate can (or should) be recovered—or if the desert claiming it was meant to be some sort of sign.

The intent of the statue, which was found intact by halfling explorers during the initial settlement of their postapocalyptic paradise, is hotly debated. No one is sure where it came from. Unlike other landmarks, which could easily be identified by refugees from different parts of the broken universe, the Sisters’ Gate appeared to have been unique to this land.

Did the Sister Goddesses build it themselves and place it here as a reminder of their divinity? That’s what adherents to The Old Faith believe. But that is just one of many theories floating about these days—albeit the most popular one.

The First Interregnum-era testimony of the halfling explorer Lüe reveals to us that, when the halflings struck a bargain with the goddesses to remain in paradise even after reality was rebooted, the deal was made at the foot of the statues. And that’s all most folks in Eden need to buy into the theory that these statues, like the reconstituted peak of Mother’s Rock, are meant to serve as a direct line to the deities.

The Sisters’ Gate portrays the goddesses River and Eden, standing chest to chest, in mirrored, modified versions of an arabesque penchée. With their arms stretched out above and behind them, each goddess rests her head upon her sister’s shoulder.

According to Lüe, the statue appeared to be carved entirely from marble—and held aloft, despite its tremendous weight, by some manner of magic. From the ground to toes of each figure’s raised feet, the sculpture measured 152 feet tall. 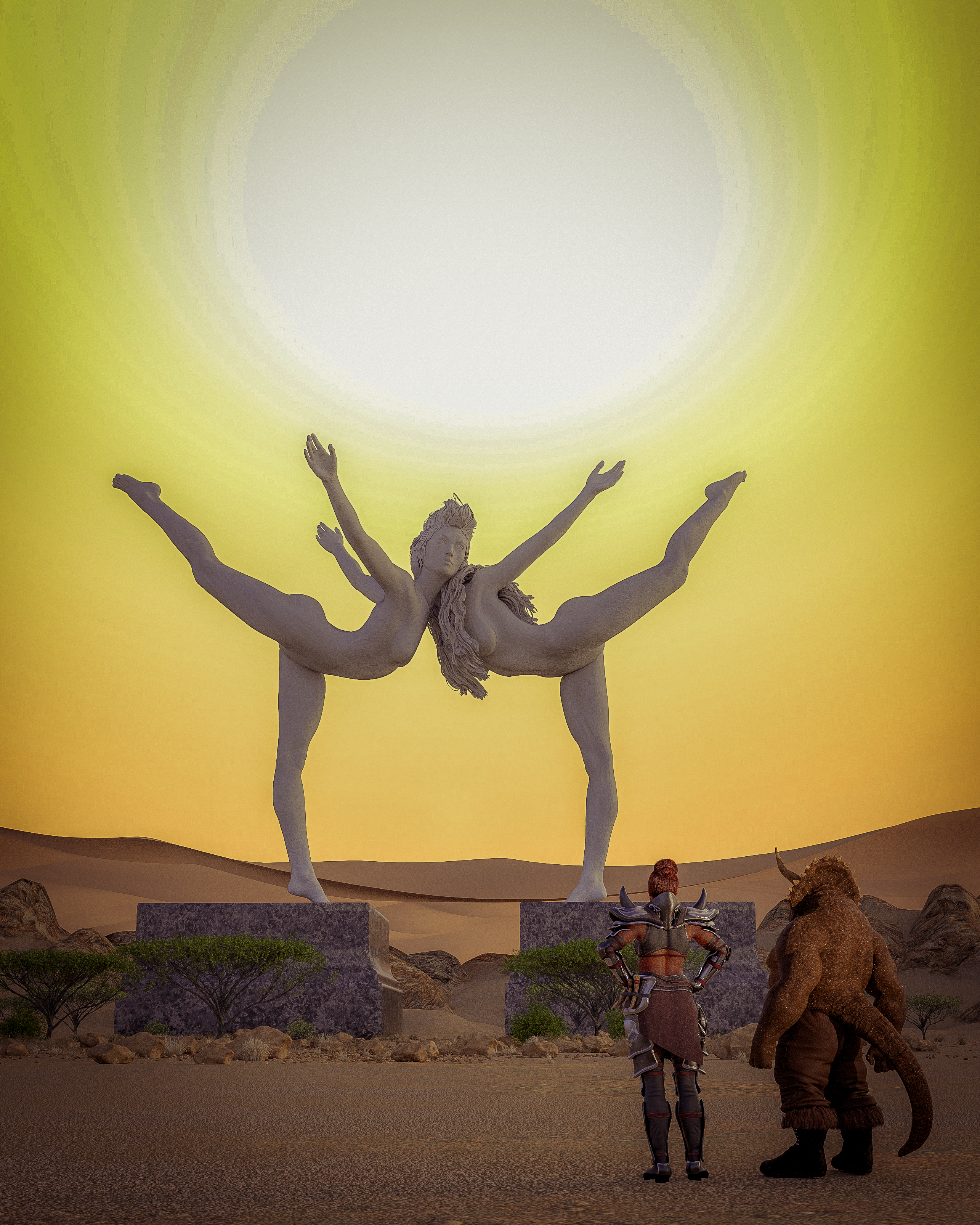 Answering: "A lost or discovered monument."
Visit eccbooks's Competition Page Check all other answers to this prompt Competition Homepage