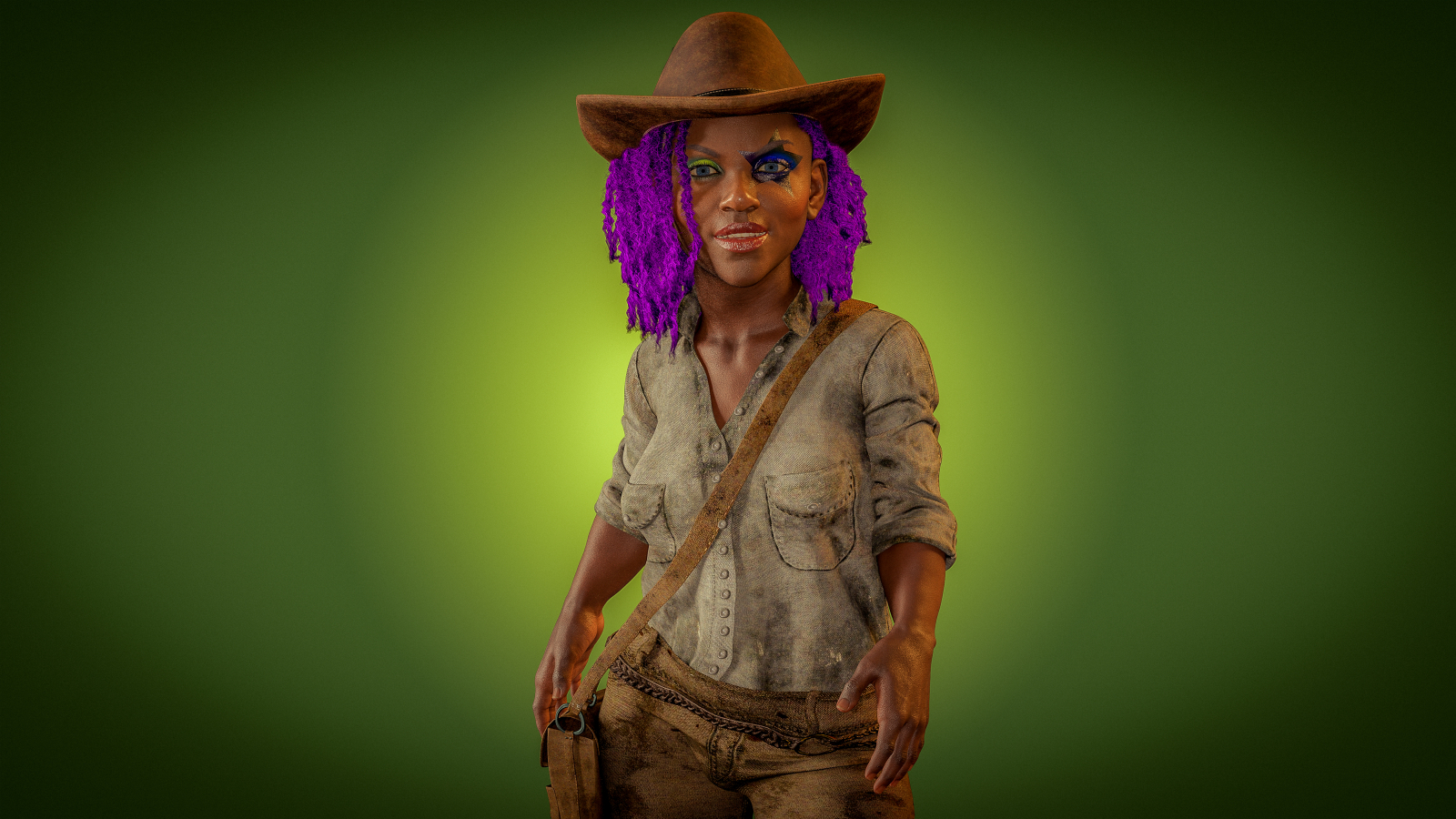 Lüe the Mapmaker was a halfling cartographer and explorer who lived during the First Interregnum in Eden.

After making a name for herself as part of the team which charted the entirety of the Oadü river system, Lüe struck out on her own. Along the way, as she mapped out the rest of the known world, Lüe came to even greater renown.

She is famous for compiling the first ever list of the Seven Wonders of the Post-Apocalyptic World, for her discovery of the lost Gloves of Sparkle, and for the book she wrote to document her lifetime of adventures (The Journals of Lüe).

Tragically, she is almost as well-known for her death as she is for her life. The murder of Lüe by the necromancer Stagnekad—and the subsquent use of Lüe’s blood to create the vile Oragas Ríxfíg—has been the source of tensions between halflings and kíndallans ever since.

Lüe was a dark-skinned halfling of above-average height, whose striking purple and black hair remains her best-known feature—the one that Winkie school children still draw to this day when celebrating Lüe Day. And yet, in her own time, the star tattoo she wore over her left eye would’ve been considered her most remarkable physical attribute.

Personality-wise, Lüe was known for her patience, her perseverance, and her thirst for knowledge. Some biographers linger on the sadness they sense in the journals Lüe kept after her break-up with longtime partner Kala, but others seem just as certain that Lüe was a generally jovial person throughout her life—even when the universe tried to keep her down.

Lüe was born early in the First Interregnum, to Winkie refugees who survived the decimation of the Earth-1 iteration of reality. And yet, despite the difficulties her parents faced in starting over in this new land, Lüe received a stellar education—a priority for the science-loving Winkies.

Her passion for exploration developed early, with Lüe dragging her parents into adventures all across Winkie Country—and then, later, across the whole of Oz. By the time she left home for university in the Emerald City, she was already well-known throughout her nation for her skills as a cartographer. And after she graduated? Fuggedaboutit! She was the only choice for charting the length of the magnificent Bü‘ükopo Oadü.

The Lüe and Kala Expedition

As part of the United Countries of Oz extensive efforts to find The Seven Voices, restart reality, and send everyone but themselves back to where they belonged, the halflings sent Lüe and her college boyfriend Kala—himself a noted navigator—to map the Oadü.

Their adventure began at the river’s source, the mountain called Düku Güdi, where they nearly tumbled into The Tunnels Beneath the World before they’d even gotten underway. And the journey only grew more perilous from there.

But they cleared each hurdle together. Whether it was an escape from river pirates, a hungry pack of ambleworts or the siren’s song of trio of mermaids, Lüe and Kala proved a formidable duo. By the time they reached the Sea of Tears a month later, having spent the last of their gold paying the toll of a Highlands troll, they were quite happy to accept the offer of a pair of Neverland fairies to be magicked back home—not realizing that all fae magic has a cost, even if the caster swears there will be no charge.

But though they were initially distraught over these losses, the pair soon realized that what the fairies had done to them had actually been a gift in disguise. Lüe didn’t want to be a mother—not really. And Kala? Monogamy just didn’t suit him. He lived a far happier life—and brought happiness to far more lives than he would have otherwise—as promiscuous, polyamorous playboy than he ever would have as Lüe’s “one true love.”

Adventuring On Her Own

Lüe’s solo adventures would take up the remainder of her life. She would go on to discover the singular statuary of The Sisters’ Gate, to determine the precise vertical thrust of The Unfalls, and to uncover the Gloves of Sparkle in the rainforest which covers the foothills of Dükuhüo Aüki.

And those three accomplishments were just the tip of the iceberg for Lüe. She was also the first halfling to eat Yeti Spaghetti alongside the yeti themselves, a consultant during the development of the Zambowknee Transportation Network, and a founding director of the Edenian Athenæum.

But the sad truth about the life of Lüe the Mapmaker was that she might have done so much more. Her murder toward the tail end of the First Interregnum, by the immortality-seeking Stagnekad, deprived Eden of one of its great minds—and when she had so much life left to live. 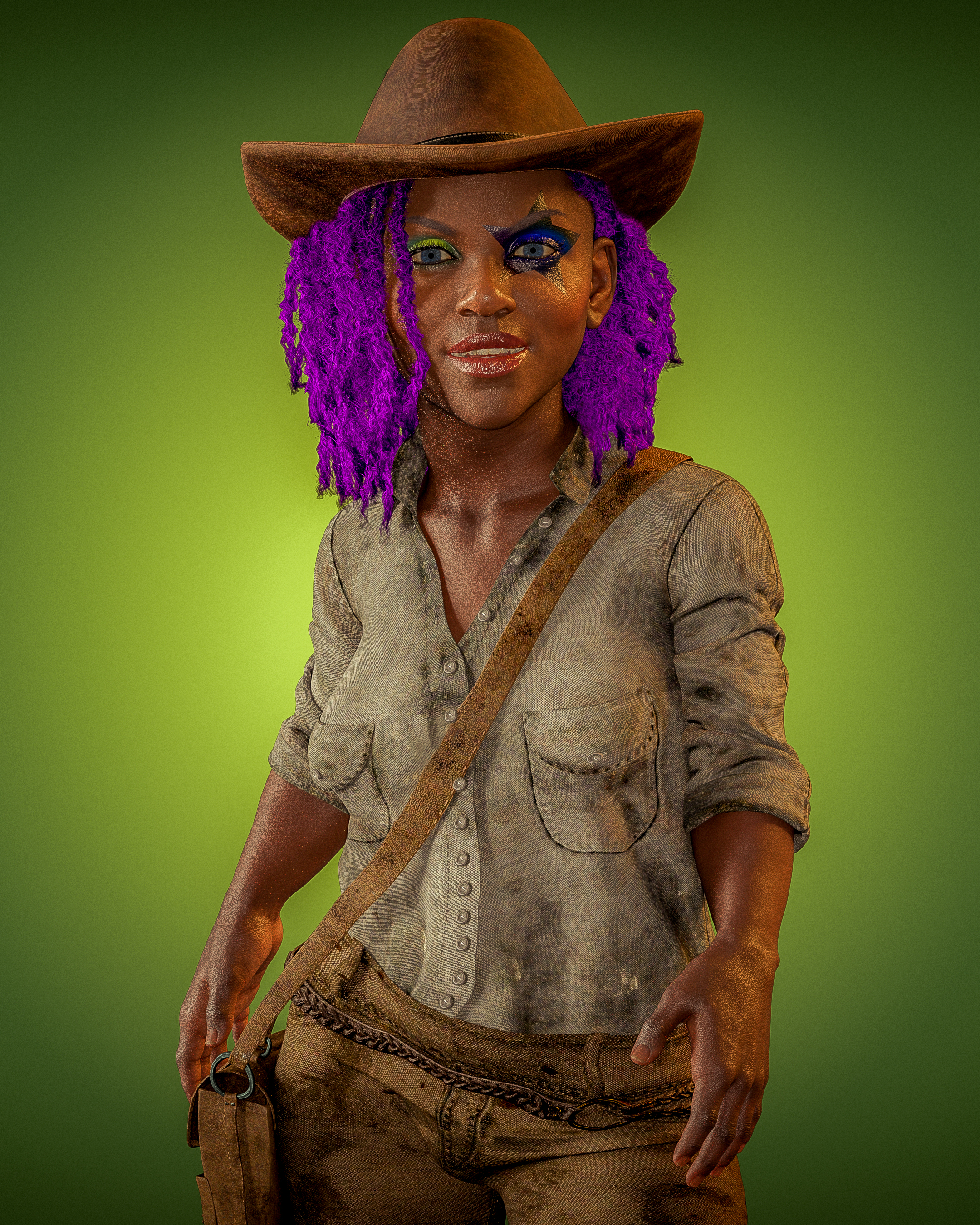 Answering: "An Explorer, Researcher or other character motivated by discovery."
Visit eccbooks's Competition Page Check all other answers to this prompt Competition Homepage