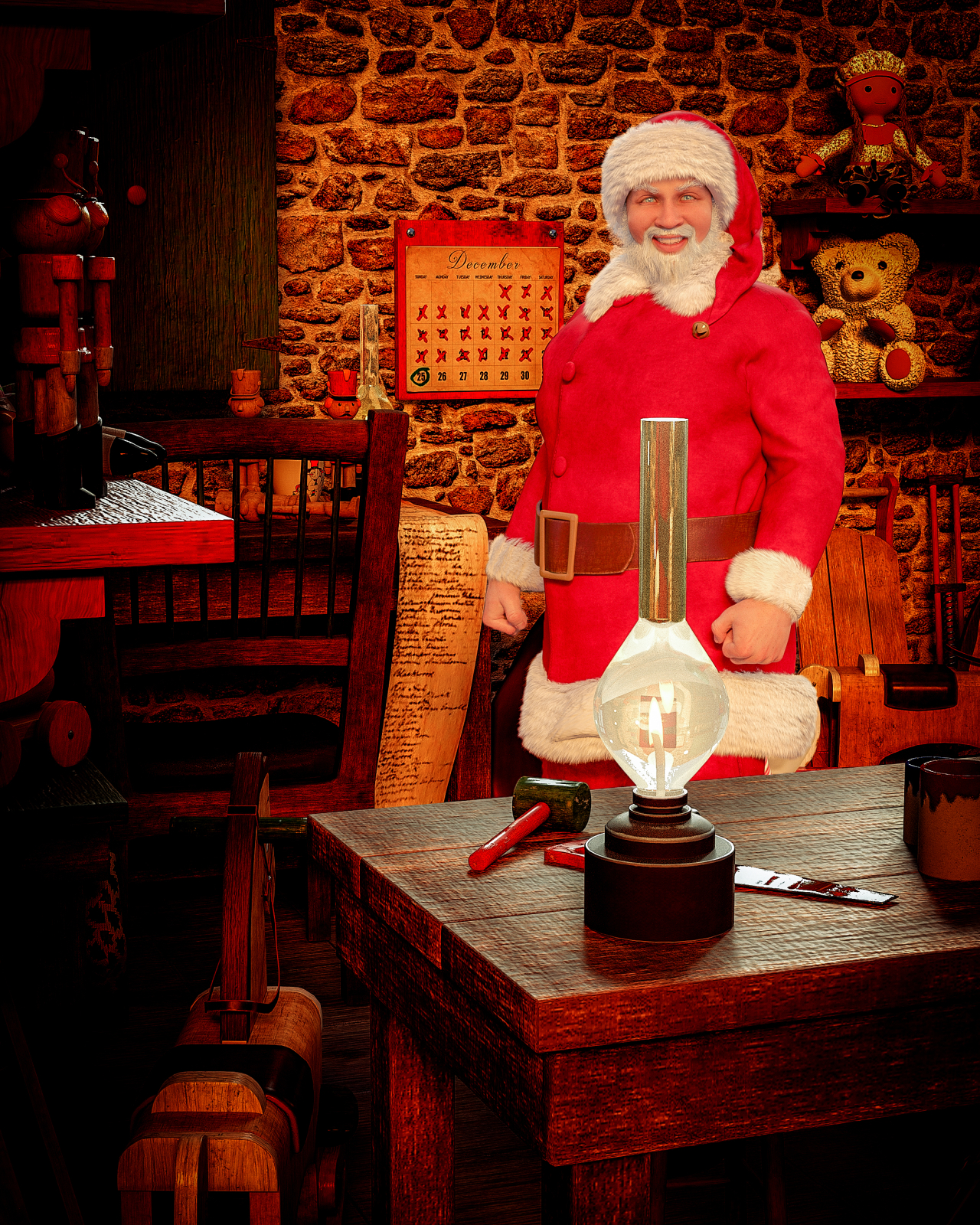 In the Clarkwoods Literary Universe, Kris Kringle is a jolly old elf who—inspired by stories he heard of Saint Nicholas of Myra, and of the exploits of the Germanic deity Wodan—dedicates his life to gift-giving on the planet Earth. In his younger days, clad in robes of green and sporting his originally reddish hair, he was known as Father Christmas. Today, a graying and slightly less svelte figure, he is also known as Santa Claus.

In order to accomplish the massive task of delivering presents to billions of homes each Christmas, Kringle operates a technologically advanced super-sleigh designed by dwarves and led by a team of reindeer who drink from the waters of the The River Without End. And though the constant piercing of The Veil of the World involved in the job takes its toll, Kringle always a smile on his face and good-natured laugh in his belly when asked about whether this is the year he’ll finally call it quits and leave things up to the billions of parents who are his unknowing helpers.

“And what would I do?” he’ll ask you in return, if you pose the question to him. “Go back to the life I led before? Ho, ho, no thank you.” 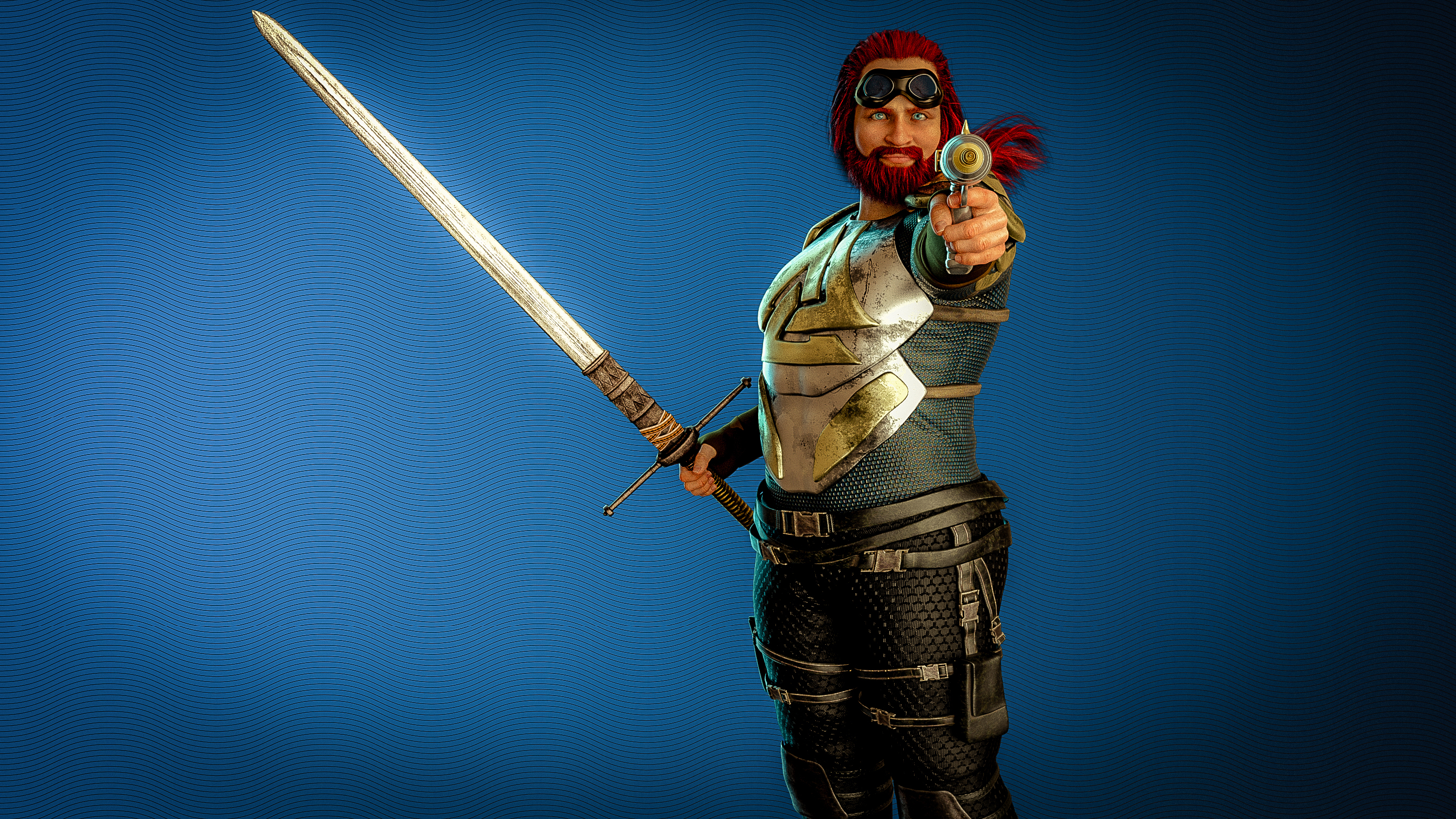 Like every elf born on the elven homeworld, Kringle served his mandatory four years in the royal military upon reaching maturity. But unlike most, he stayed on for an additional four tours of duty. Assigned to patrol the Warring Wall and the edge of the universe, Kringle’s job was to keep encroaching kindallan radicals from crossing the final stretch of existence between them and the River Without End—which these radicals, calling themselves The Cult of the Lord believed it was their birthright to rule.

Unbeknownst to his superiors, the ever-empathetic Kringle struck up a friendship with the least militant of these radicals—and even began to politely debate them on the nature of their quest. Seeing the way his comrades treated the kíndallans—and hearing their suggestions that internment camps be set up—Kringle could not bring himself to leave his post. Though he believed adamantly that no living thing should be allowed direct access to the River, he believed just as adamantly in the fundamental rights of all people to be free. And so, for nearly 20 years, he stood on that wall—not only to protect the River, but the kíndallans as well.

Unfortunately, changing times and the rising fortunes of comrades who disagreed with his “peacenik” ways eventually saw Kringle transferred away from his station. And it was at this point that he finally retired from military service.

It wasn’t long after this that Kringle and his iteration of reality came to an end in one of the earliest Calamities of the Clarkwoods Literary Universe.

In the land of Eden, during the Interregnum before the next iteration of reality began, Kringle became fast friends with Earthling refugees. It was here that he first heard stories of altruistic Saint Nicholas, and of the Germanic god Wodan’s Yuletide rides through the sky. And it was those stories which inspired him to turn over a new leaf and find a more positive pastime to throw himself into.

When The Strumpet’s Sister was rebuilt and the new reality was about to begin, Kringle chose to follow the Earthlings back to their homeworld instead of returning to the planet of his forebears. And it was then that his time as Father Christmas, Sinterklaas, Père Noël, and Santa Claus began. 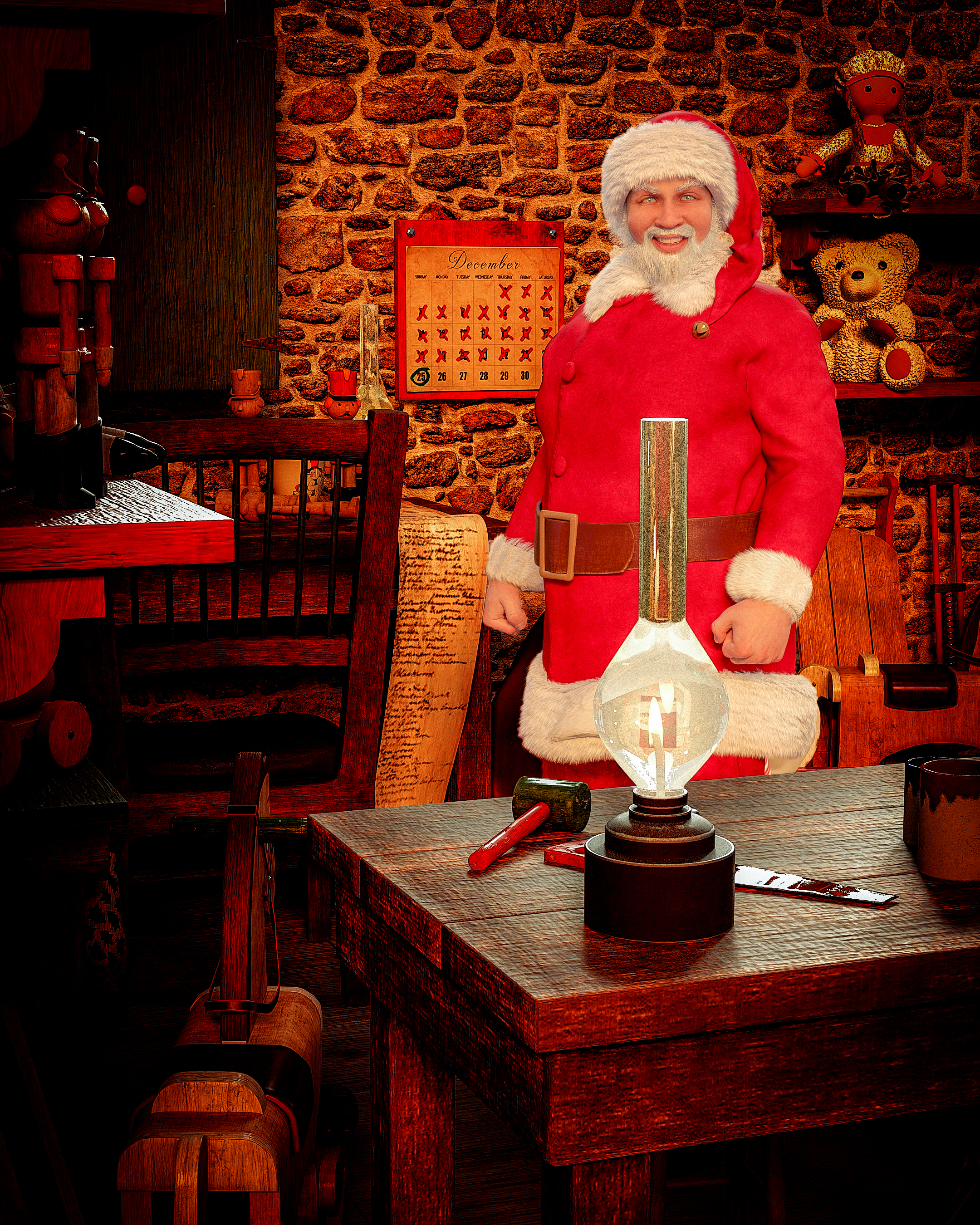 Species
Elf
Year of Birth
1077 944 Years old
Children
Owned Vehicles
Appears in…
Unless otherwise specified, all artwork on this site is by E. Christopher Clark.
Elves

Santa as solider. I really enjoy this article. In addition to providing an entertaining take on Kris Kringle, it told me a lot about your world's laws and history. Excellent job!

Thanks! It's funny, I didn't plan on the soldier part. It kinda came out by chance as I was writing, probably partially inspired by the other things I've been writing this month. All I knew when I started out was that he was going to be an actual elf, and that him being described as a "jolly old elf" would finally mean something.

Check out my Roway: The Crowned Jester, my entry for the Bardic Challenge
Powered by World Anvil